RAIN or Shine banked on a blistering start then turned it up a notch even with its star guard out with an injury to frustrate Talk ‘N Text, 109-97, in Game Three and take the PBA Commissioner’s Cup Finals lead on Sunday at the Smart-Araneta Coliseum.

Wayne Chism fired 13 of his 32 points in the first quarter as the Elasto Painters zoomed to an early lead that they never relinquished en route to grabbing a 2-1 lead in the best-of-seven series after losing the opener.

Game Four is on Wednesday.

The Painters also bucked the momentary absence of Paul Lee, who went out midway through the third quarter after getting hit by a wayward elbow from TNT import Ivan Johnson that caused him to lose a front tooth.

The Best Player of the Conference candidate still finished the game for the Painters, who put up a stellar defensive job on Jayson Castro, limiting him to 20 points on 8-of-21 shooting after he exploded for 44 in Game Two.

“We really played fantastic defense tonight,” Painters coach Yeng Guiao said as his team held the Texters to 39-percent shooting. “We know Talk ‘N Text is an explosive offensive team, but we were determined (to stop them).”

The Painters were also a well-oiled offensive machine as they tallied 27 assists, compared to just 11 by the Texters, resulting in eight players scoring at least six points each.

Chism led the way and finished with a double-double with 15 boards, three assists, three steals, and two blocks in 40 minutes, while rookie Jericho Cruz put up 14 markers, including 10 in the fourth quarter. 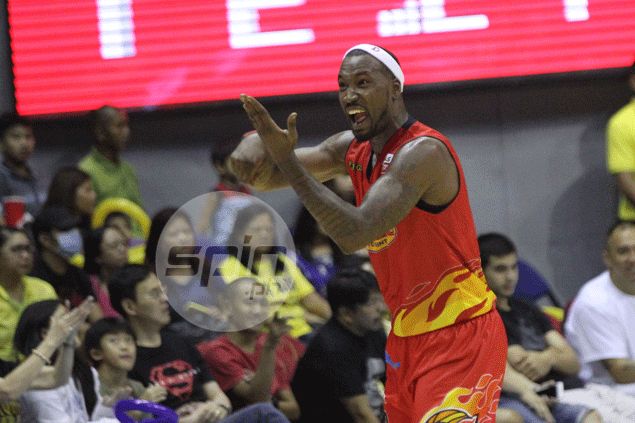 Johnson registered 30 points, while Ranidel de Ocampo and Larry Fonacier chipped in 16 points apiece, but they found little help from the rest of their TNT teammates.