THE past few games of Rain or Shine has seen rookies Santi Santillan, Anton Asistio, and Andrei Caracut getting major minutes for the ballclub, and Chris Gavina has made it clear to them that they will be called upon at any given time.

“I already explained to them that they are no longer rookies in my eyes,” said the Rain or Shine head coach on Friday.

The three have been repaying Gavina's trust so far. In their 75-72 win over Magnolia, Santillan scored 14 points including seven in the endgame, Caracut hit seven points in 16 minutes, and Asistio grabbed four rebounds.

Before that, Asistio scored 14 points in their 83-77 defeat against reigning champion Barangay Ginebra. 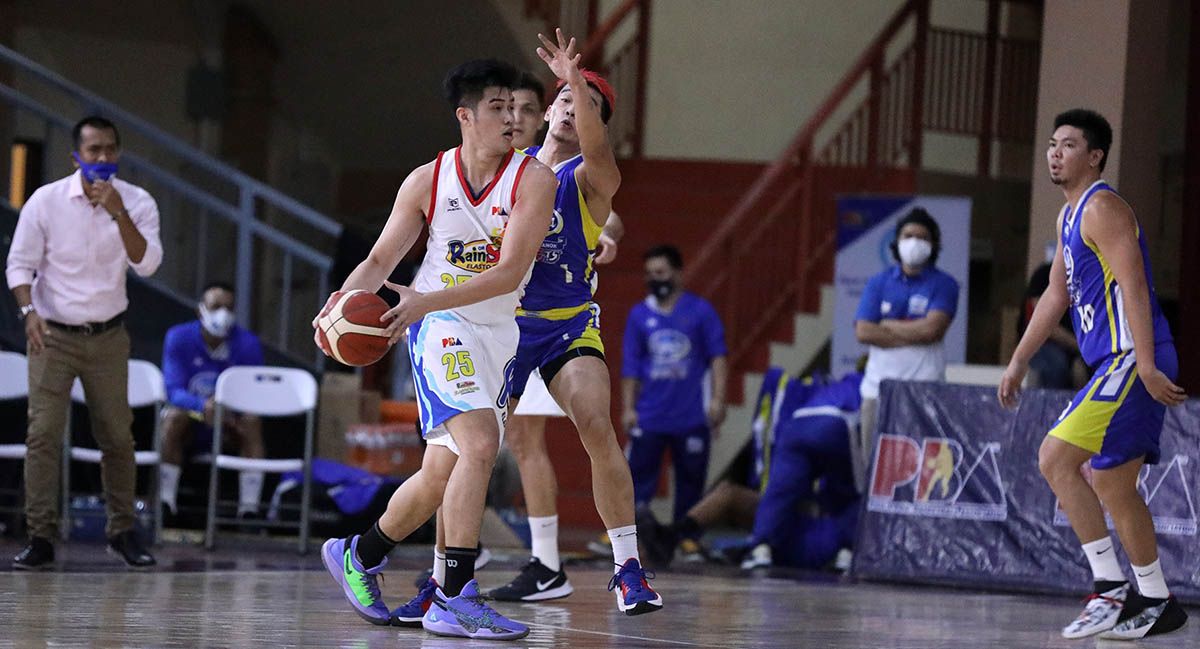 Having witnessed Santillan in practice, Gavina is pleasantly surprised to see the La Salle and University of Visayas product make an impact so early in his pro career.

“Santi has been a revelation for us to be honest,” said Gavina. “We knew that the amount of work ethic he possesses but his ability to just raise his game up as the games get bigger and bigger has truly shown as our season comes along.”

“It’s an added luxury on my part to have such a very high potential output kind of player and rookie in Santi,” Gavina said.

Gavina was also happy to see Asistio and Caracut pass their baptism of fire against Magnolia's rugged guards.

“We put them through a trial of fire and what more than this Magnolia team with all these top defensive-minded guards. They really stood their ground and we are hoping that we can be consistent in what they do,” said Gavina.

Proof of how much Gavina trusts his young guns, Rain or Shine didn’t have veterans Beau Belga, James Yap, and Gabe Norwood on the floor with the game against Magnolia on the line in the final seconds.

“We don’t have labels with our young guys anymore. All we see are players,” said Gavina. “I don’t consider them rookies in any way or form. In the past two games, these guys have really stepped up and owned up to accountability and the level of play that we need them to rise up to.”

“I have full trust moving forward that they’ll play even better as we go along,” he added.