RAIN or Shine clinched the last quarterfinal berth in the PBA Philippine Cup after defeating an undermanned TNT side, 80-74, on Tuesday at the Angeles University Foundation Sports Arena and Cultural Center.

James Yap began the Elastopainters’ attack with a vintage shooting performance in the first half before other players stepped to end the team's three-game losing slump and tow it safely into the playoffs with a 6-4 (win-loss) record.

TNT dropped to 7-4, opening up the possibility of a seven-way tie for second place although the Tropang Giga will most likely take one of the twice-to-beat incentives in the event of a tie due to a superior quotient. 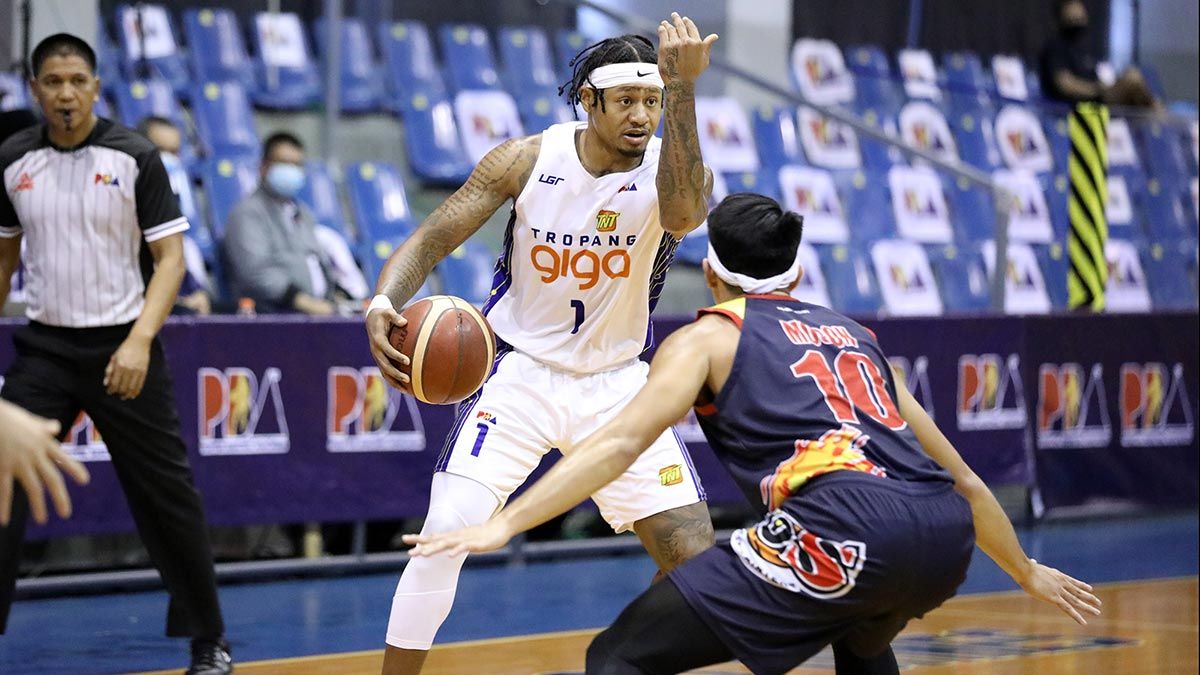 The Tropang Giga played without star Jayson Castro and veteran guard Ryan Reyes yet almost snatched the win in the endgame.

“Today, James started to fire for us,” Rain or Shine coach Garcia said. “He started hot and I just told the players that we have two chances to try to make it to the next round. Actually, three pa nga if we lose the two games.

Rain or Shine though still needed huge plays down the stretch to close out TNT. Kris Rosales scored on the break off a lead pass by Gabe Norwood to make it 77-74 with 36.3 seconds left in the game.

Yap erupted with two three-pointers in a 14-2 run that put Rain or Shine ahead, 36-29, in the second quarter. He hit another three in that quarter as the Elastopainters took a 43-38 lead to the halftime break.

His four treys enabled Yap to catch Ronnie Magsanoc for No. 3 in the career three-points list with 1,171.

Jewel Ponferada scored a three-point play for Rain or Shine’s biggest lead at 50-40.

“We don’t know [about] the quotient, sabi ko we have to be hungrier than Talk ‘N Text. I think what Talk ‘N Text did was to practice their plays, try to get others involved and it gave us the opportunity which we were able to grab,” said Garcia.

Mocon added 16 points and 10 rebounds, and Beau Belga finished with 12 points for Rain or Shine.

Rosario had 18 points and 10 rebounds, while Poy Erram added 14 points and 13 rebounds but the slow start in the second period eventually cost the Tropang Giga.