NASH Racela still remembers the time when Roi Sumang was giving Far Eastern University a hard time during his UAAP days with University of the East.

It is that kind of play that Racela wants out of Sumang with Blackwater.

And so far, Sumang is off to a good start.

Sumang scored 17 points in Blackwater’s 96-89 win over NorthPort in its first game in the bubble under new coach Racela at the Angeles University Foundation Sports Arena and Cultural Center.

The former UE Red Warrior also came through on the defensive end with a steal off Kevin Ferrer that led to the clinching layup by Ed Daquioag in the final minutes.

That's exactly the performance Racela wants from Sumang now that he is in charge of Blackwater.

“We want him to bring his game back, ‘yung level niya sa UE,” said Racela of Sumang, who won a UAAP Mythical Five spot in 2013. 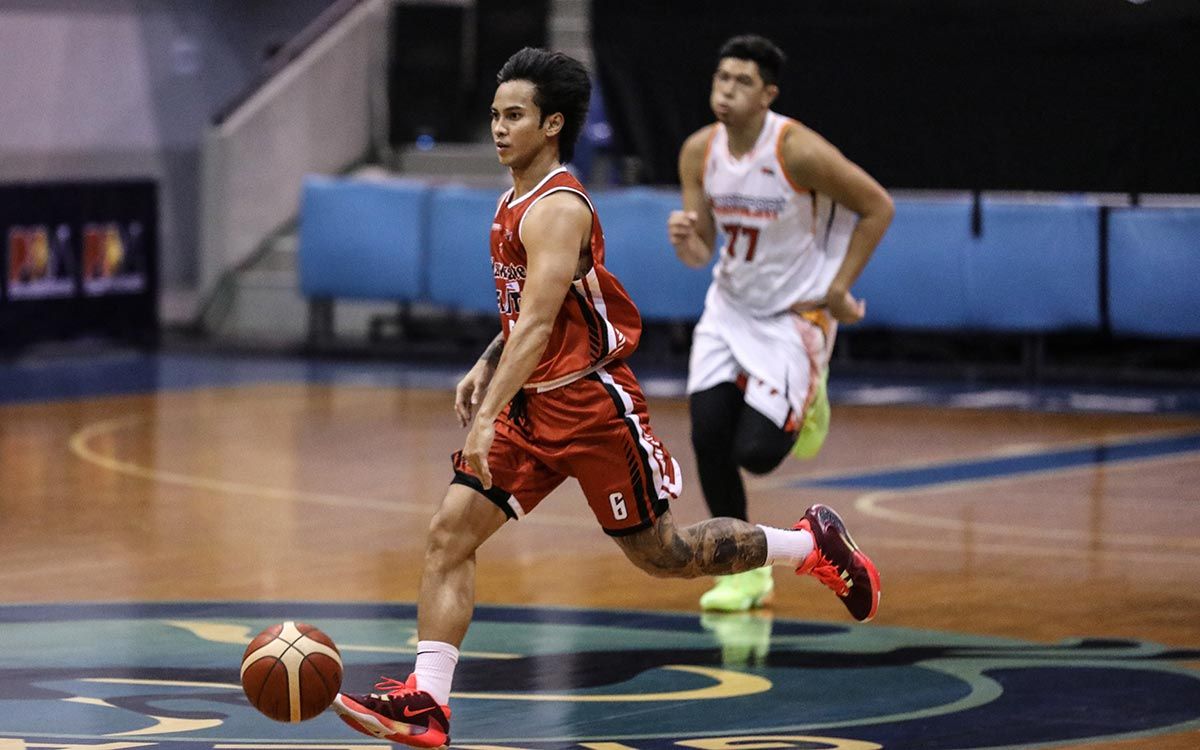 Before being appointed Blackwater coach, Racela said he noticed the drastic change in Sumang's game from his UAAP days to the PBA as far as offense is concerned.

Mostly, it was the hesitation to shoot or take charge. Under Racela, Sumang, who averaged 7.9 points with the Elite last season, has the green light to take shots.

“Ngayon, nakikita ko na minsan naghe-hesitate tumira, ayaw," Racela said. "Sabi namin, you are capable of doing that. If you think you are open and you have a good shot, then go ahead and take it.”

On Monday night, Sumang went 6-of-10 from the field, missing only one of his six shots from two-point range. He added four rebounds, two assists, two steals, and a block in the victory over NorthPort.

“I know nag-aadjust siya but today, maganda ‘yung contributions niya. We look to him as one of our leaders and as one of our veterans sa Blackwater,” said Racela.