TWO recent life trials have made Ronnie Matias an even more ardent devotee of the Black Nazarene.

The Rain or Shine guard said his faith in the ‘Itim na Nazareno’ helped him and the family cope up with the operation of his father Romy and the delicate delivery his wife Jheda had to go through before the birth of their fourth child.

It didn’t help him any that both ordeals happened one after the other last year.

“Kaya malaking tulong talaga yung manampalataya,” Matias related to SPIN.ph on Sunday, the eve of the Feast of the Black Nazarene. 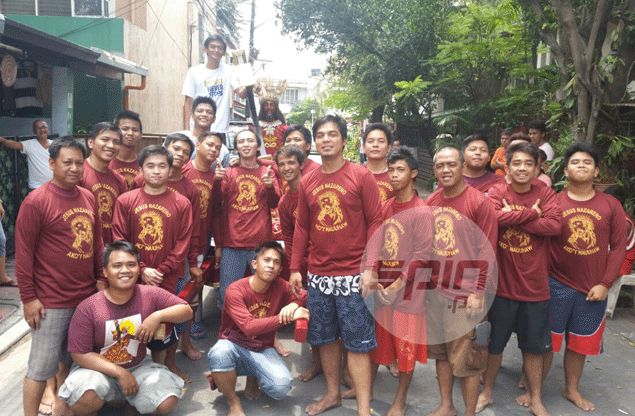 The University of Manila product said his father had to go under the knife immediately after doctors discovered a blood clot in his head.

Shortly after, his wife gave birth to a bouncy baby boy through ceasarian operation of what was originally thought to be a normal delivery.

“Kay papa may namuong dugo kasi sa ulo niya. Muntik ng…,” said Matias, who had to pause a bit and tried to fight back tears in a rare emotional moment for a guy known to be a jolly person. “So kailangan operahan na agad. OK na siya ngayon, kaya thank you Lord!”

Matias believes overcoming both hardships was just the latest in the countless blessings he has received from the Black Nazarene.

And given the opportunity to play in Rain or Shine’s game against Phoenix in the PBA Philippine Cup, the Tondo-native forward lost no time to contribute to the cause of the Elasto Painters.

Matias fired all of his eight points in the third quarter when Rain or Shine pulled away for good en route to a 97-82 win for solo second with a 5-2 record. 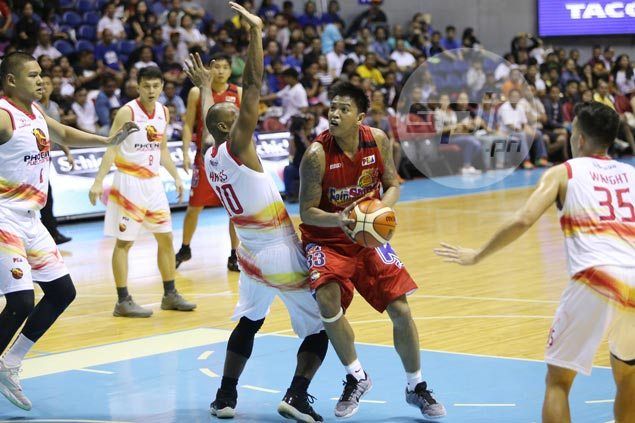 He came off the bench and tried to fill in the gap left by injured teammates Gabe Norwood and Raymond Almazan.

It was his way of honoring the Black Nazarene a few hours prior to his feast day.