NCAA minnow Mapua beats all other schools in this one PBA category: Quality over quantity?

That was the response Spin.ph received on Twitter from one reader from University of the East in reaction to the story we ran about the collegiate schools with the most number of alumni on the PBA's active roster.

In the tally we conducted, Ateneo emerged as the school which has the largest number of former players currently in the roster of pro league teams, followed by Far Eastern University and De La Salle.

But in terms of quality, one good measurement, the Spin.ph reader volunteered, is the number of times a school’s player or players had won the MVP award in Asia’s first ever play-for-pay league.

The reader from UE is in for a surprise, however. While the Red Warriors share the honor of having the most number of MVPs, UE and all other schools for that matter trail this one school in terms of number of MVP trophies.

That distinction belongs to Mapua, which has slipped off the radar in the college leagues with one miserable season after another since winning its last NCAA championship in 1992-93.

Co, incidentally, is the current coach of Mapua in the NCAA.

Tied for second on the list are University of San Carlos of Cebu and UE - two teams which, ironically, carry the moniker Warriors.

Cebu's USC Warriors only had one player who won an MVP plum in Ramon Fernandez, but ‘El Presidente’ won the league's highest individual award four times in a long, legendary career.

[See Curse of the Triggerman: the long, frustrating search for the next Allan Caidic]

With the influx of Fil-foreign players, foreign-bred players have accounted for seven MVP trophies, the first of which was won by ex-Northern Consolidated Corp. stalwart Ricardo Brown in 1985. 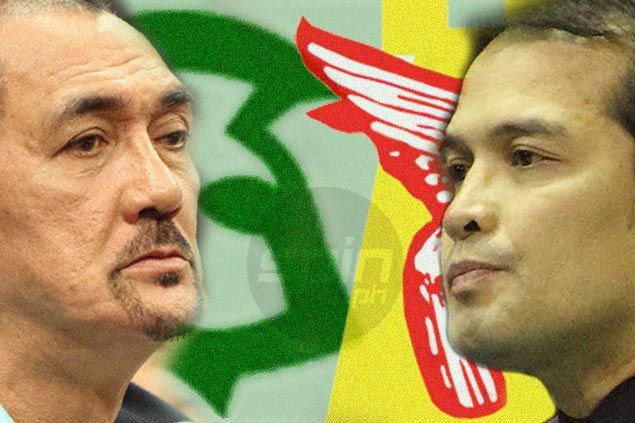 Curiously, Ateneo, FEU, and De La Salle - the top three schools which have the most number of active players in the PBA - only have a grand total of two MVP winners.

Johnny Abarrientos became the first FEU player to win the PBA MVP in 1996 followed by Arwind Santos in 2012-2013.

Former Ateneo and La Salle players have yet to win an MVP award.