Prince Caperal lives up to Ginebra's 'next man up' mantra - again

ON the eve of Barangay Ginebra’s most important game in the PBA Philippine Cup, back up big man Prince Caperal was told he would be part of the team’s starting unit in its do-or-die game against Phoenix.

Caperal was a picture of consistency as he played big in the Kings’ 95-85 win over the Fuel Masters to remain in contention for retaining their title after advancing to the playoffs Saturday at the Don Honorio Ventura State University gym.

Last year’s Most Improved Player scattered a game-high 19 points, including 10 in the opening half to help the reigning champions take control of the match.

Caperal was 8-of-19 from the field, grabbed four rebounds, and hit three from beyond the arc as he tried the best that he can in filling the void left by injured frontcourt mate Japeth Aguilar (sprained MCL). 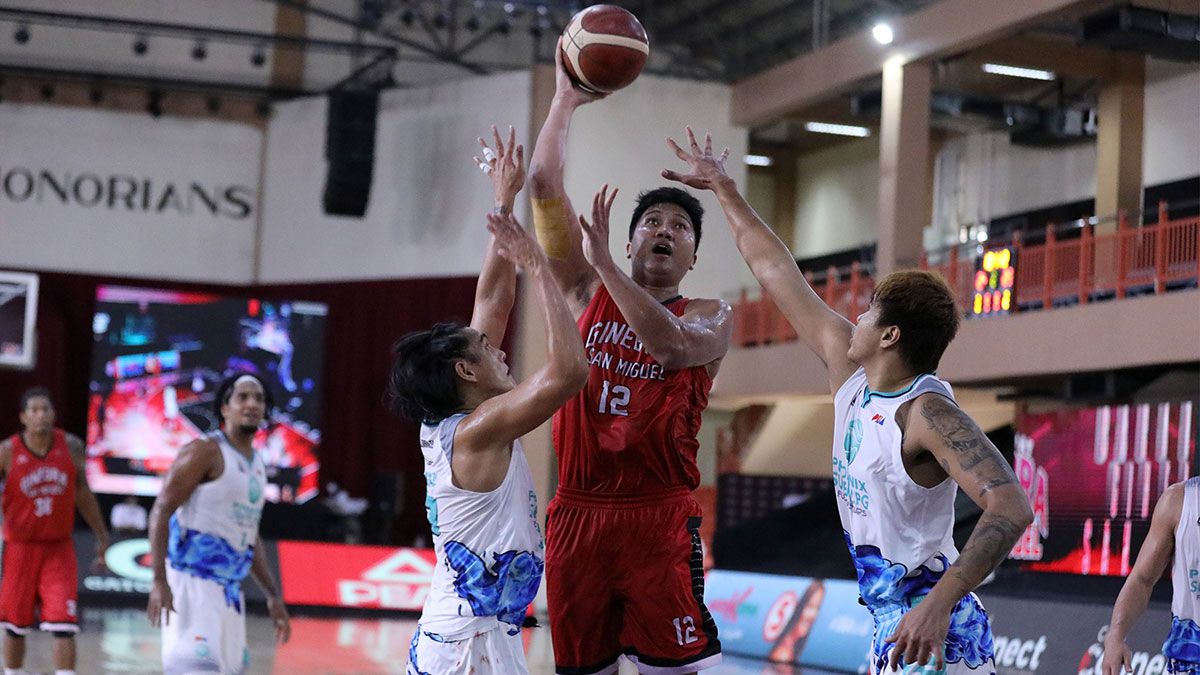 'Next man up' mantra for Prince Caperal

The 28-year-old Caperal said he’s just doing what he’s told to do.

“Ever since naman yun ang mantra ko e, kapag may down, step up. Yun naman ang tungkol sa team namin, it’s about next man up mentality lagi,” he said.

But Caperal doesn’t mind getting less exposure as his trust to coach Tim Cone remains the same.

And he was on this night, when Cone gave him the break to be part of his starting five with Ginebra’s campaign on the line.

“We started Prince for the first time. Yesterday (Friday), I told him we will give him a start. I told him we need to find a way to get your confidence going, so we’re going to start you in the game,” said the Ginebra coach.

Right off the bat, Caperal got his confidence going, and so was his game.