Mask too tight, Poy Erram plays through pain for TNT

It seems facial injuries have been the line of area for big man Poy Erram as he needed to play through the pain again just like he did in a memorable Asian Games stint in 2018.

The 6-foot-8 Erram wore a protective mask and had to bear out the inconvenience of playing with it in Game Five of the PBA Philippine Cup semifinal series between TnT Tropang Giga and San Miguel.

Three days after fracturing his cheekbone in a 116-90 loss, Erram answered the call of duty and finished with 10 points and six rebounds in a 24-minute job to help the Tropang Giga scored a 20-point blowout and take a 3-2 lead in the best-of-seven series.

While the TnT big man doesn’t mind playing with a mask on, the problem was the face cover doesn’t fit him.

“Yung mask kasi hindi talaga hulma sa akin, ibinigay lang,” said Erram, who didn’t get the benefit of getting fitted with a facial mask given the close proximity of playing Game Five on Wednesday.

It evokes memories of an incident three years ago when he sustained a crack on his two front teeth after banging his mouth on the floor while diving for a loose ball during the quarterfinals between Gilas Pilipinas and South Korea in the Jakarta Asiad.

Erarm says he has to bear more with this latest injury since it involved a bone in his face.

The right cheek remained sore and swollen until now, according to Erram, who nonetheless was thankful he avoided a more serious injury as San Miguel big man Mo Tautuaa fell over him.

Still, it isn't easy, both on the playing court and off it.

He continues to take antibiotics and painkiller and has a hard time eating.

“Mahirap kumain. Siyempre kapag kumakagat ako masakit siya,” said Erram, adding his head movements had to be limited at least until the next two months.

He was given the go-signal to play by doctors, but strictly required him to wear a face mask. Thus, he wore one that was a little bit tight on his face. 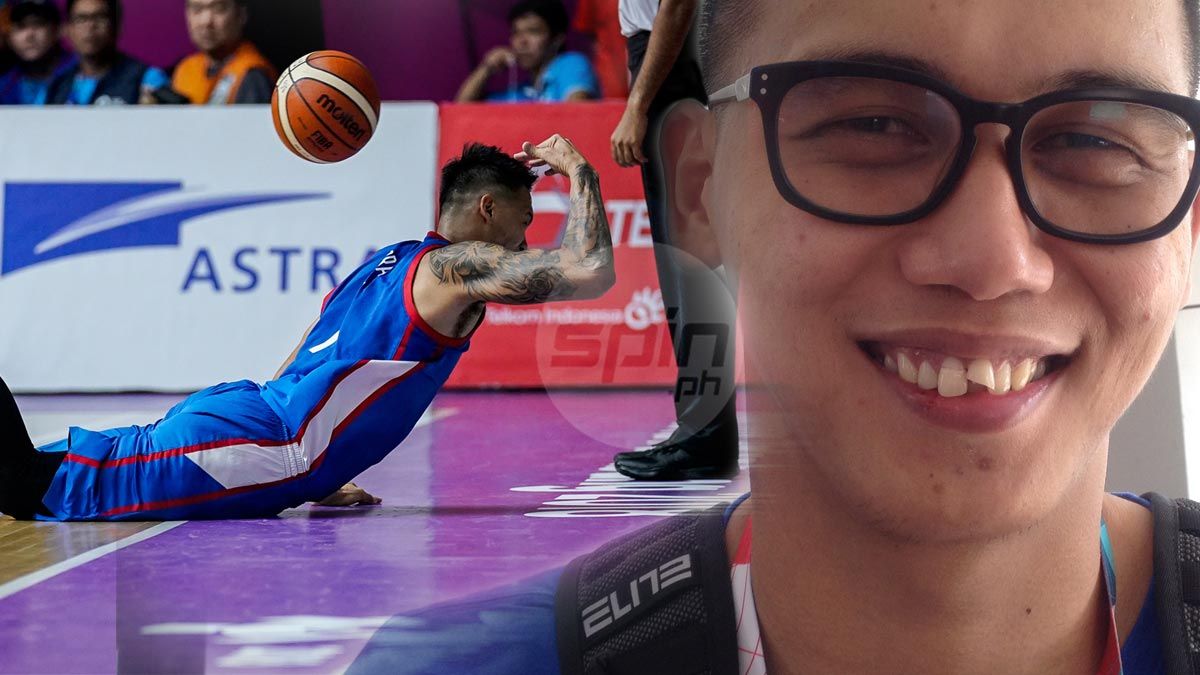 JP Erram dives for the ball in Gilas' game against Korea in the Asian Games in Jakarta.

Erram expects to get a visit from a doctor, or return to the hospital to finally be fitted with his own mask.

If there’s any consolation for Erram was the fact he still able to contribute to the team in whatever way he can.

The effort definitely got Erram a special shout out from no less than TnT coach Chot Reyes.

“Shout out to the courage Poy is showing, putting his body and quite literally, his face on the line,” said Reyes.