JAMIE Malonzo is heading to the PBA Rookie Draft as a potential top pick after a whirlwind two years where he ma La Salle, Mighty Sports, and Marinerong Pilipino.

But even before the 6-foot-6 high-flyer got to this position as a possible headliner to this draft class, he was an unknown commodity from Portland State who availed of a one-and-done year with the Green Archers.

That was until he rocked the rim and posterized Thirdy Ravena in his debut in a marquee UAAP match between La Salle and longtime rival Ateneo, immediately catching everyone's attention.

"I guess I made a name for myself that night," he told SPIN Sidelines. 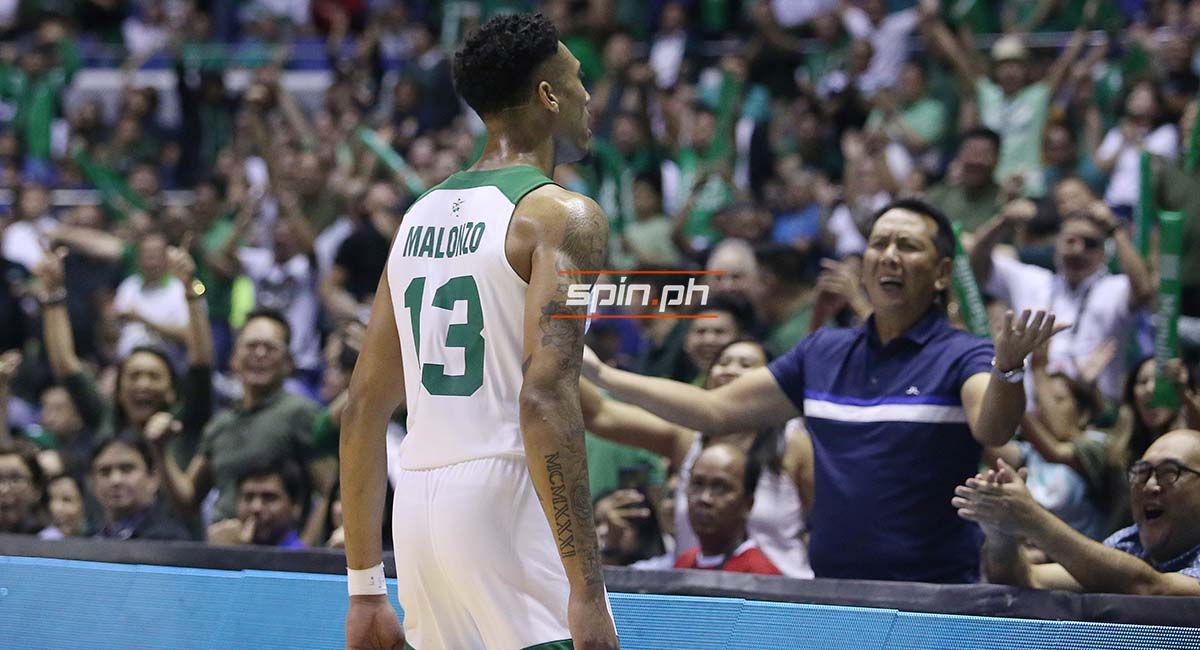 There was no better way for the Fil-Am forward to introduce himself to the public than delivering a thunderous jam over the Ateneo star - no less in the first meeting between the archrivals back in UAAP Season 82.

"It just so happened that I was able to go against one of the guys that built his name up in the UAAP and just was able to sneak one in there," he chuckled.

Malonzo looked at ease and in control during that game, but he admitted getting caught off guard by the enormity of the rivalry.

"But when I got there, I didn't expect it to be that crazy. Just a lot of people and it got very loud there. It was fun to play in front of that many people."

Iconic as that moment was, Malonzo's dunk over Ravena turned out to be the unlikely start of a blossoming friendship between the two. During the course of the season, the two continued to bond off the court and became good friends.

After Ateneo captured the championship, Ravena, who got his third Finals MVP award, linked up with Malonzo at Mighty Sports, helping the Philippine-based club capture the 2020 Dubai International Basketball Tournament with the likes of Andray Blatche and Renaldo Balkman.

"We became teammates after that and for sure, during that process of being able to compete against him in practice, winning a championship with him with Mighty Sports, it just became rock solid between us," said the 23-year-old Malonzo.

"We grew closer, we spent time together, whether it's off the practice and showing the imports around town. It just sort of happened."

Even as they took divergent paths, Malonzo and Ravena never lost touch, checking on one another from time to time.

"He reaches out to me, I reach out to him sometimes for our seasons," he said of Ravena, who plays for San-En NeoPhoenix in the Japanese B.League. "When he went to Japan, I reached out to him and just make sure he's doing okay. Definitely, he's my boy still."

In turn, Malonzo has also received encouraging words from Ravena as he tries to make an impact this time in the pro league.

"He's excited to see what I can bring to the Philippines still," he recalled. "I know back before he spoke with me, probably gave me advice for sure, but as far as I could remember, just encouraging words."

Check out the full Spin Sidelines episode with Malonzo below.