FORMER teammates and coach of Dong Polistico were all shocked and saddened by the demise of the 6-foot-7 bruiser on Wednesday.

Jojo Lastimosa, Ato Agustin, Bong Ravena, and coach Norman Black remembered Polistico very well as a hulking center who played physical on the court, but was a shy and gentle person outside of it.

Now team manager of TNT Tropang Giga, Lastimosa had a memorable stint with Polistico at Alaska as the former Letran player was the starting center of the franchise when it won its first ever PBA championship during the 1991 Third Conference.

Polistico died of heart attack on Wednesday morning in his hometown of Governor Generoso, Davao Oriental. 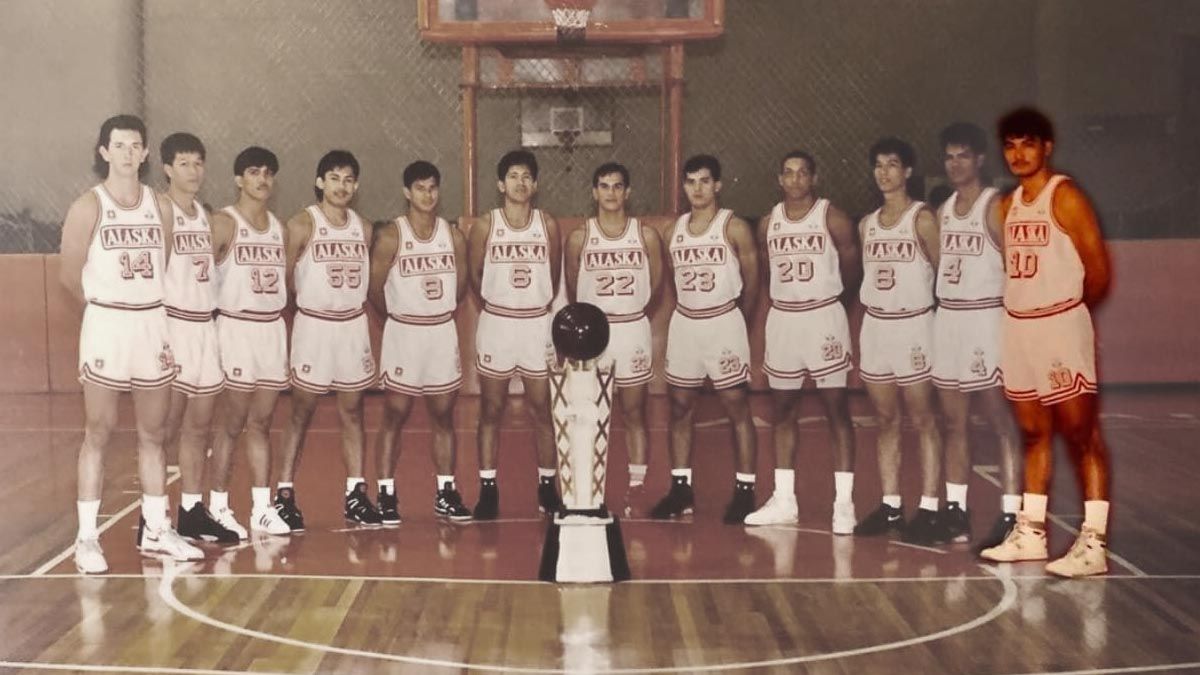 Polistico was picked No. 4 overall by Alaska in the 1988 draft and played for the franchise until the 1992 season.

A year later, he was traded to San Miguel for a first-round draft pick.

With the Beermen, he played under Black and had Agustin and a young Ravena for teammates.

“Dong was my big man. Dong was a big guy, about 6-foot-7, 6-foot-8. And he manned the middle for us at San Miguel for quite a few years,” said Black. “He was very productive player for us. Played a role for us, but at the same time, he can score the basketball, he can rebound, a very physical player, but he was very coachable.”

The trade to San Miguel reunited Polistico with Agustin, a good friend of him who was coming off an impressive MVP season.

Ravena was entering his sophomore year when Polistico came on board for the Beermen.

Polistico's stint with the Beermen which lasted until the 1997 season, saw him winning another title in the 1994 All-Filipino conference, enabling him to play in the Hiroshima Asian Games as part of the incentive given to the champion of the league’s so-called crown jewel.

The team went on to finish fourth in the Asiad and reinforced by Alvin Patrimonio, Jerry Codinera, Rey Evangelista, and Johnny Abarrientos, along with then amateur players Marlou Aquino and Kenneth Duremdes.

“I’m not sure, but yeah, maybe he was part of that team, because I remembered we were lacking some players at the time. I remembered Mon Fernandez did not (play) because he was injured. So I think Dong might have gone with the team,” said Black.

After San Miguel, Polistico went back to the Philippine Basketball League (PBL) and suited up for Welcoat together with Samboy Lim.

A year later, he took his act to the Metropolitan Basketball Association (MBA) with the Iloilo Megavoltz before retiring for good in 2000.

Polistico went back to the province shortly after and hardly made himself visible to former teammates and colleagues.

“After he retired, halos hindi mo na siya marinig,” said Lastimosa, adding Polistico neither joined the PBA Legends during their exhibition games in the provinces or overseas.

Being from Cagayan De Oro, Jolas said he would hear news about Polistico in the province from time to time.

“But other than that, hindi mo siya makikita talaga,” said one of the PBA’s 25 Greatest Players. “Very quiet and very subdued kasi si Dong.”

The PBA offered a minute of prayer to the late gentle giant just before Game 4 of the San Miguel-Meralco Philippine Cup semifinals series at the Smart Araneta Coliseum.