ANGELES CITY – Is there more than meets the eye in the ankle sprain suffered by TnT Tropang Giga gunner Roger Pogoy?

The 28-year-old Cebuano guard posted on his Instagram account a short clip showing San Miguel’s Gelo Alolino's sticking out his foot on Pogoy’s landing spot, causing the former Rookie of the Year to fall down and sprain his ankle.

Alolino was called for an unsportsmanlike foul at the 3:33 mark of the third quarter and the Beermen trailing, 64-76.

TnT coach Bong Ravena though, stressed after the game won by the Tropang Giga, 107-88, that he doesn’t think the move was intentional on the part of Alolino.

But active consultant Mark Dickel obviously didn’t like what happened that he engaged veteran San Miguel guard Chris Ross in a heated exchange. Both were later called for technical fouls.

After shaking his initial sprain, Pogoy still managed to play but would re-sprain the ankle on his own a few seconds later.

Pogoy was substituted for good and never returned to the game. He had his left ankle iced while he watched the rest of the match on the bench.

The former Rookie of the Year, who had a career-high during the restart of the season last week, finished with 15 points (6-of-12 from the field) and had four rebounds.

He walked on his own as the rest of the Tropang Giga headed to the dugout after the game.

Pogoy have had similar cases of ankle sprain in the past, but Ravena hopes this one would not be severe. 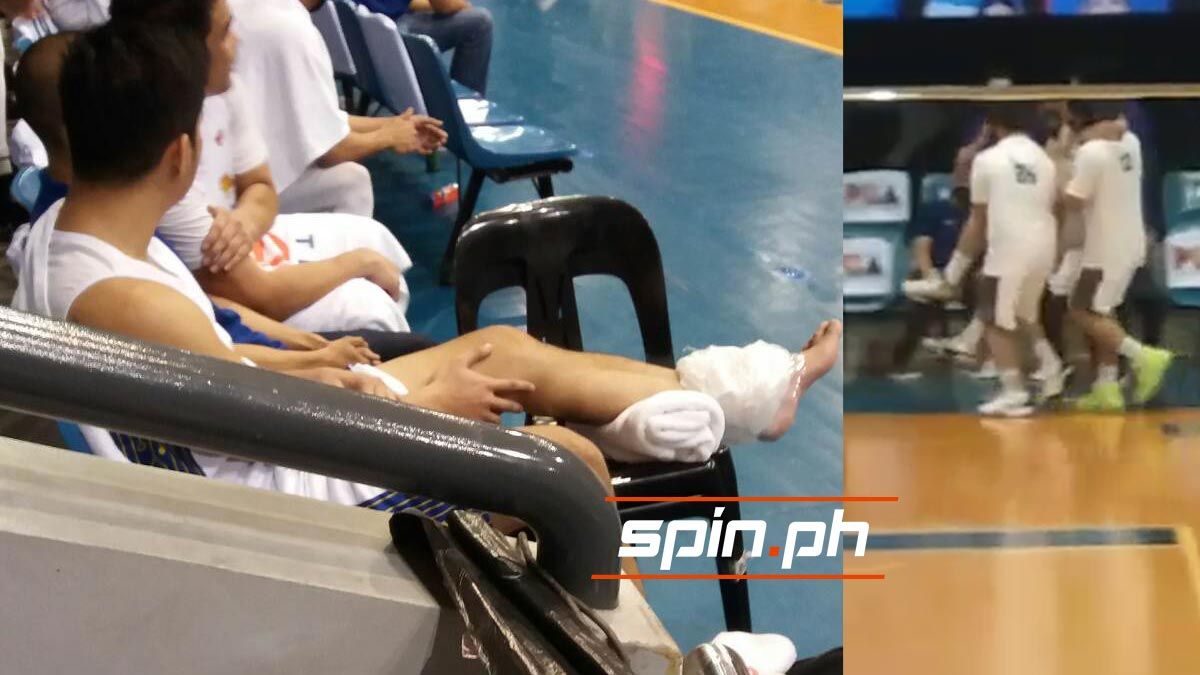 “Hopefully, it’s not a severe sprain,” said the TnT coach, hoping the two-day rest would help Pogoy recover from the injury. The Tropang Giga will next face fellow unbeaten Phoenix Super LPG on Monday.

Missing Pogoy to injury would be a big hit on the Tropang Giga, who earlier lost rookie guard Kib Montalbo also to injury (plantar fasciitis).

Following the victory, TnT regained the solo lead with a 3-0 record.