TERRAFIRMA has suddenly become the toast of the ongoing 2021 PBA Philippine Cup semi-bubble - not bad for a perennial cellar-dweller ridiculed by most fans as a 'farm team' of San Miguel Corp-owned ballclubs.

After four straight defeats in the aborted Manila games, the Dyip have made it two wins in a row by beating heavyweights San Miguel and Barangay Ginebra - the champions of the conference for the past six seasons.

The Dyip haven’t been this good for several years now and unfortunately, they are remembered by fans for controversial deals. Now they're winning even without top rookie draft picks Joshua Monzon and Roosevelt Adams sitting out.

A look at the current roster will show you mostly journeymen and discards making the most of their opportunities at Terrafirma. 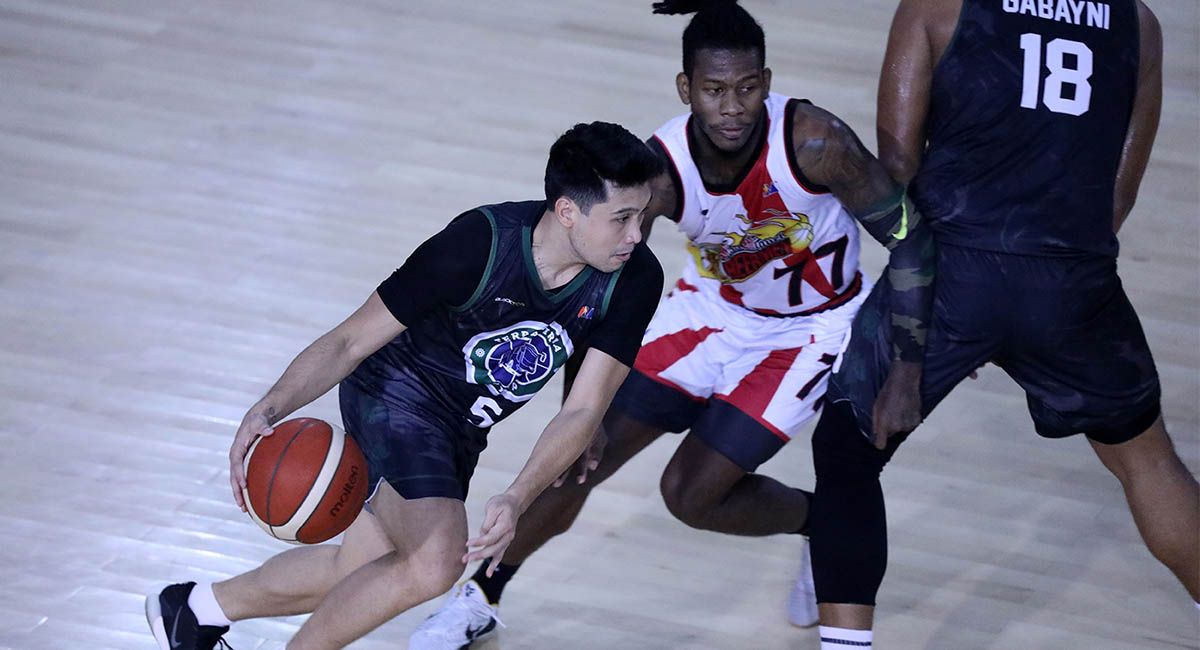 JUAMI TIONGSON: A former Ateneo Blue Eagles standout guard picked in the first round by Blackwater in the 2014 rookie draft. He also played two seasons with NLEX before he was obtained by Terrafirma in a 2019 three-for-two deal with NorthPort that saw Tiongson, Joseph Gabayni, and Lervin Flores being shipped to the Batang Pier for Russel Escoto and Jerramy King.

MATT GANUELAS-ROSSER: The former Gilas Pilipinas mainstay spent years with TNT and San Miguel before being shipped to Terrafirma as part of the CJ Perez deal. Ganuelas-Rosser, Gelo Alolino, Russel Escoto, and San Miguel’s first-round pick in Season 46 (2020) and 48 (2022) draft went to Terrafirma in exchange for Perez. Escoto has since been traded to Magnolia.

RASHAWN MCCARTHY: The Fil-Am guard was part of the controversial 2018 deal that enabled San Miguel to acquire the No. 1 pick that enabled the Beermen to draft Christian Standhardinger. Jay-R Reyes and Ronald Tubid, now one of the assistant coaches of the Dyip, were also part of the deal. 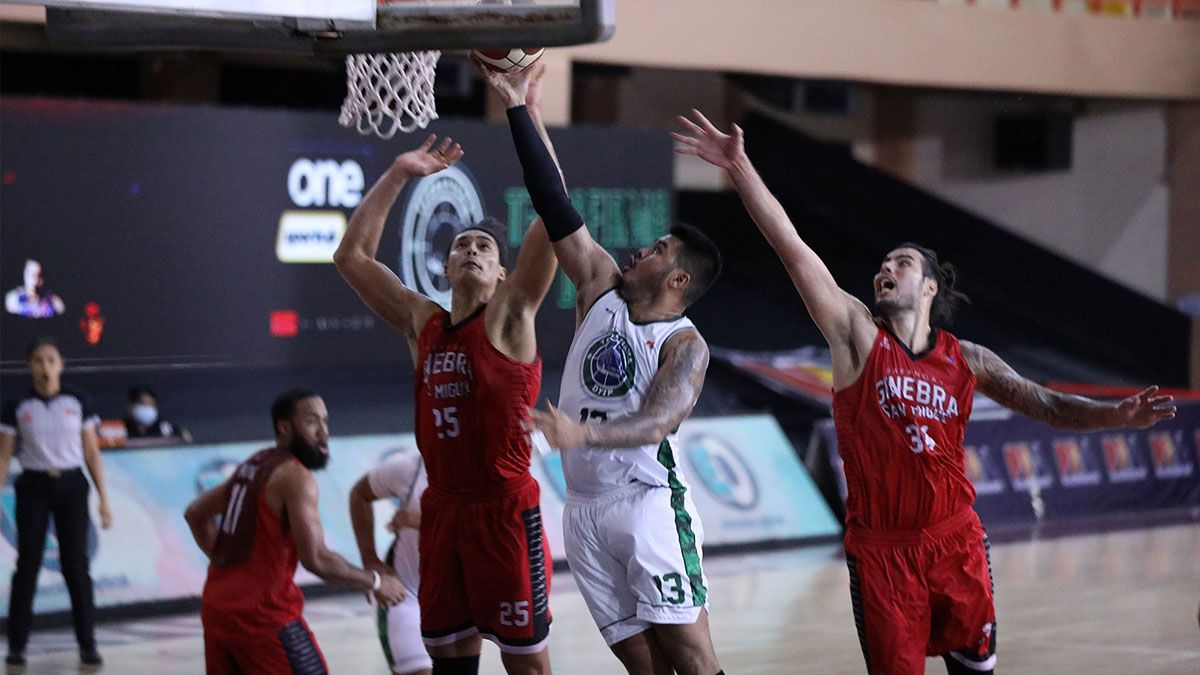 ERIC CAMSON: Acquired in 2017 by the franchise in a trade with NLEX. Camson and Glen Khobuntin were shipped by the Road Warriors to KIA in exchange for Kenneth Ighalo, Alex Mallari, and a 2020 second-round draft pick.

ANDREAS CAHILIG: The 6-6 Fil-Swedish center, taken in the second round of the 2017 draft by GlobalPort (now NorthPort), was signed by Terrafirma as a free agent in 2018 after playing for the Batang Pier for one season.

JOSEPH GABAYNI: The former Lyceum and Arellano Chiefs big man was part of the Tiongson deal in 2019.

GELO ALOLINO: A member of the NU Buldogs' champion team back in 2014, the guard was drafted by Phoenix and spent a season with Blackwater and San Miguel before finding his way to the Dyip camp as part of the CJ Perez deal.

REDEN CELDA: He was acquired by the Dyip via a trade shortly after NLEX drafted him in the second round in 2016. The Road Warriors also sent Jeckster Apinan and Rob Reyes to Mahindra for Bradwyn Guinto and Chito Jaime. 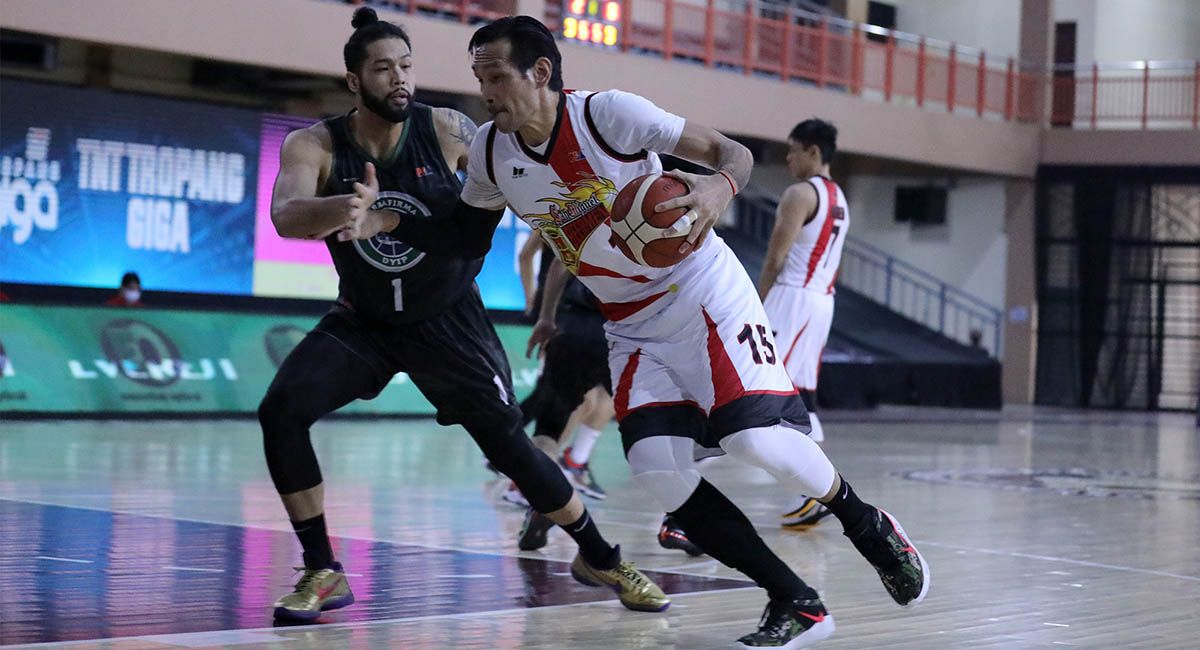 JAMES LAPUT: Drafted by Terrafirma in the Season 46 draft with the No. 8 overall pick that it got as part of the CJ Perez deal.

ALDRECH RAMOS: The former FEU Tamaraw was traded by Magnolia to Terrafirma in 2019 in exchange for Jackson Corpuz. Before that, the No. 5 pick of Barako Bull in the 2012 draft also spent time with San Mig, Air21, NLEX, Alaska, and Terrafirma (then KIA) before he rejoined the Hotshots, prior to the trade to the Dyip. 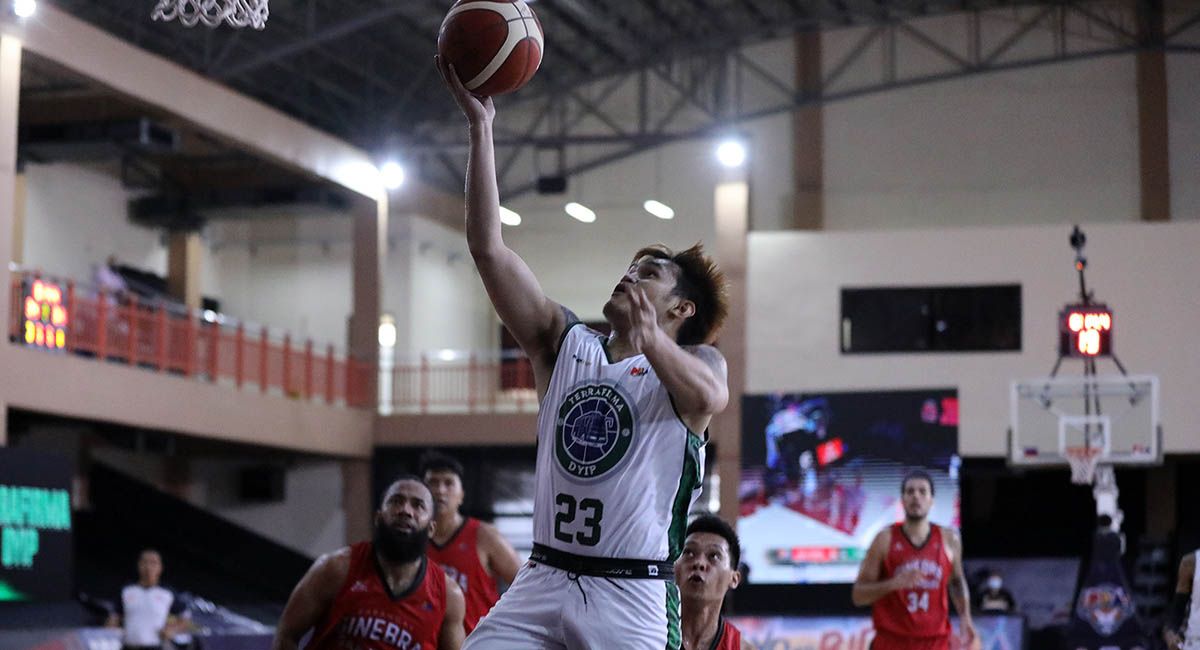 BON BATILLER: A former UE Warior who rejuvenated his college career at Letran before he was drafted in the third round by Terrafirma in the Season 46 draft.

CHRISTIAN BALAGASAY: Drafted No. 12 by Terrafirma, the pick previously owned by San Miguel and part of the 2017 trade where the Dyip gave up their No. 1 selection to the Beermen, Balagasay was a seldom-used center at Letran before making the jump to the pro ranks.

JP CALVO: The former Letran Knights guard was drafted No. 11 by Terrafirma in the 2018 rookie draft with the rights obtained in a three-team trade that also involved San Miguel and Star in 2016. Incidentally, that trade brought Ramos back to the Hotshots after his first foray with the Dyip in the PBA.