FANS were quick to react amid news that Franz Pumaren is likely to replace Pido Jarencio as head coach of GlobalPort's ballclub in the PBA.

The news is no longer new, having made the rounds in league circles since the tailend of last season after Pumaren found himself without a PBA team following the sale of the Air21 franchise to NLEX.

But rumors have escalated over the past few days, more so after a souped-up GlobalPort side led by Terrence Romeo and rookie Stanley Pringle blew a big lead in a 96-101 loss to NLEX in its season debut with Jarencio.

Sources said officials of the Sultan 900 incorporated franchise have already started negotiations with Pumaren just days after the loss to the Road Warrriors at the EDSA Shang-rila Hotel in Mandaluyong City.

Though no agreement has yet been reached, the source told Spin.ph that plans have already been laid down for Jarencio to assume the team manager's position once Pumaren takes over.

Jarencio is still under contract until the end of the season.

Current team manager BJ Manalo might be given a bigger role in the front office of businessman-sportsman Mikee Romero.

Aside from the impending assumption of Pumaren, former Lyceum coach Bonnie Tan is also being eyed to become the team’s assistant team manager, the source added.

It is actually no longer a surprise that Pumaren is being eyed by GlobalPort.

The former PBA guard had a successful reign as La Salle coach. Romero used to play for the Green Archers, along with Manalo and GlobalPort alternate team governor Eric Arejola.

News of the impending coaching change have been met with optimism by some GlobalPort fans.

Susie Subong, administrator of GlobalPort Army's fan pages on Facebook, Twitter and Instagram, said a change may do the team good especially after Jarencio failed to make an impact in his two conferences with the team. 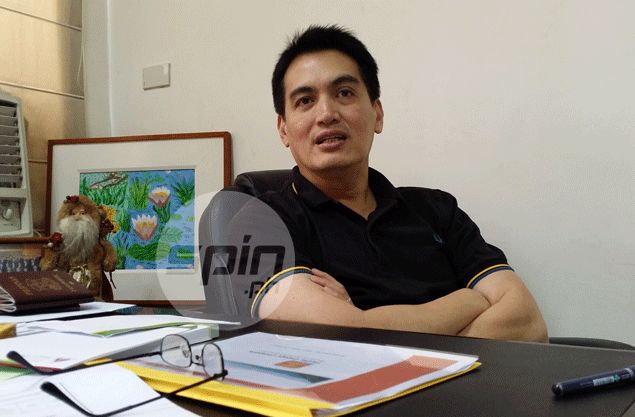 Asked how they feel about the decision of Romero to call in Pumaren, a multi-titled coach in the UAAP who led a ragtag Air21 team to the playoffs of the last season, Subong expressed elation.

“OK yung decision na yun ni Boss Mikee. It is in conjunction with the clamor of the fans, especially the solid supporters of GlobalPort,” Subong said.