COLUMN: Does Pido deserve all the flak for Slaughter substitution?

CHICAGO - At 7 feet, with an 85-inch wingspan, Greg Slaughter is an ideal inbounds pass defender.

So why did coach Pido Jarencio sub him out in lieu of 6-foot-4 Sidney Onwubere?

I don't know. But we will get there, eventually.

The late switch allowed 6-foot-3 Rome Dela Rosa to whip a clean sideline pass that led to an acrobatic game-winner by Calvin Abueva.

The ensuing disaster made the Batang Pier look like they needed a group hug and a therapy session.

Greg, the stoic and usually gentle giant, appeared visibly agitated as he dragged his forlorn 258-pound frame back to the bench, while Jarencio sang the sad, serene tune of mea culpa after the game.

This is the kind of drama the PBA needs to jolt a largely comatose fan base, but as Shakespeare once wrote in a play, this really was just "Much Ado About Nothing."

I refuse to label Jarencio's late sub as a blunder. I call it a coach's prerogative. He and his staff had the benefit of scouting reports that guided that decision to swap. They stuck with it, and that's that.

Coaches sink or swim with their decisions. They don't second-guess and my guess is that Jarencio sort of apologized only to placate Slaughter and lift team morale. 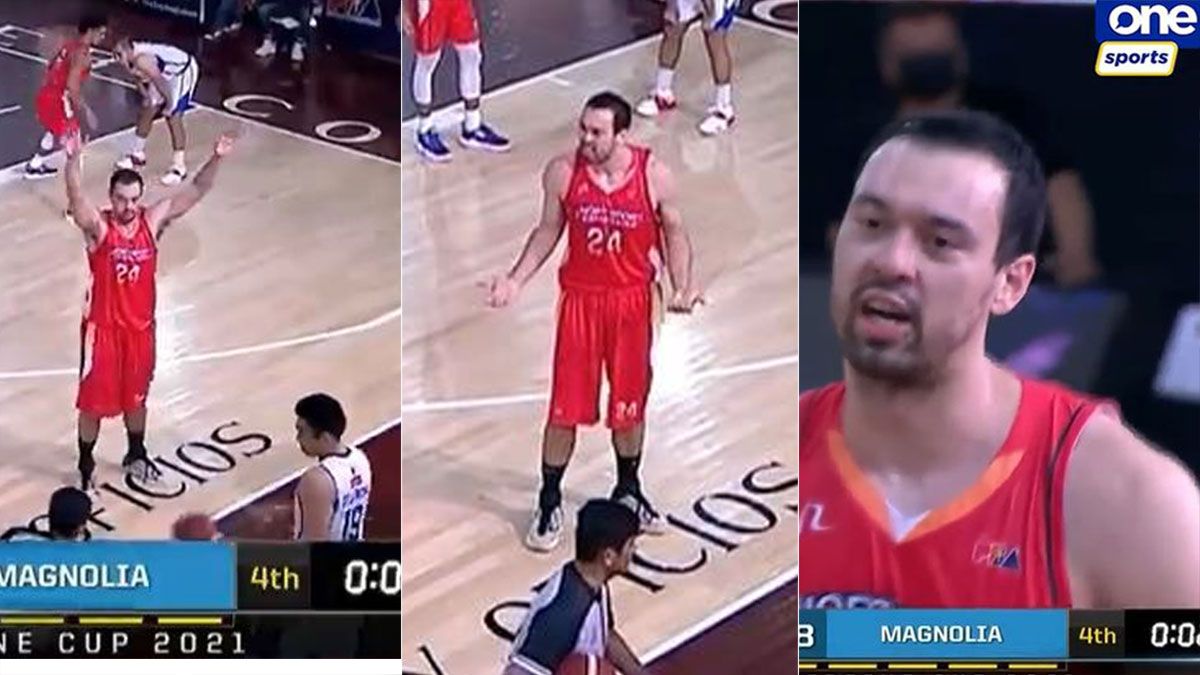 Sure, Greg could have distracted, maybe even deflected, the inbounds pass. But he could also have been faked off his sneakers.

And in fairness to Onuwebere, he jumped up and down as if his shorts had ants and provided as little daylight as possible for the inbounder.

In the end, Dela Rosa threaded the needle and Abueva converted a circus shot.

A coach can game plan and smear the clipboard all he wants. He can't beat fate.

NorthPort did not lose this game in that final play. They lost it when they squandered a 17-point first-half lead.

And they left the window open when Kevin Ferrer missed a free throw that would have bumped their cushion to 2, which makes a 3 the only shot that could beat them. Absent that, NorthPort was guaranteed an overtime session.

It was an L, a bad L, nothing more. Sometimes, fans tend to overthink things.

Unfortunately, things are not always as easy and simplistic as it seems.

Fans, you see, have this long lingering suspicion that NorthPort is the unofficial "fourth team" of SMC. And so the fatal switch was viewed by many as a lifeline that allowed Magnolia an easier avenue to execute.

Was this really a blunder or a work of wonder?

You be the judge.

But as I said yesterday, doubt is poison.

STALE GIN. Creamed by Alaska today, 89-75, it looks like Ginebra is running away from contention in this conference with a 4-6 record that puts the Gin Kings a half-game behind NorthPort for the eighth and last quarterfinal spot.

The lowlight was a tepid 25-point first-half production. The highlight was seeing coach Tim Cone so incensed that, according to a report by my colleague Rueben Terrado, the grand slam coach "let assistant Richard Del Rosario call the shots in the second half."

Whatever happened to Never Say Die?

I get it, Cone was unhappy over his players' performance. But you don't quit on them, more so when you're with Ginebra, a team that prides and sells itself for its relentless fight and undying spirit.

If this was a ploy to somehow motivate the troops as he had done in the past, it's gotten old and surely didn't work this time.

Yeah, up and until you're down big. Against your former team.