PHOENIX is seriously looking at the availability of young Michael Calisaan and veteran Bryan Faundo in the free agency market as possible additions to its official roster for the PBA 46th season.

The two are expected to be given invitations to join the Fuel Masters once scrimmages begin to give the coaching staff the look and possibly, an idea of whether both players can fit in the team’s system.

Coach Topex Robinson said there remains a few slots still needed to be filled in as far as the Fuel Masters’ roster for the Philippine Cup is concerned.

“Mike is with us. So we’re looking for that position and when we heard that he’s available, we invited him,” said Robinson over the weekend.

“I’ve seen him play. I played against him, and I coached him. Again, Baste yan, so isang bagay yun,” added the Phoenix mentor with a laugh.

Robinson called the shots for San Sebastian from 2011 to 2014, and had the chance to handle Calisaan during the early part of his playing days with the Stags.

The 6-foot-4 forward was a first-round pick of Magnolia in the 2018 draft (No. 10 overall), but never got the breaks in his two-year stay with the Hotshots, who let him go when his contract with the team expired. 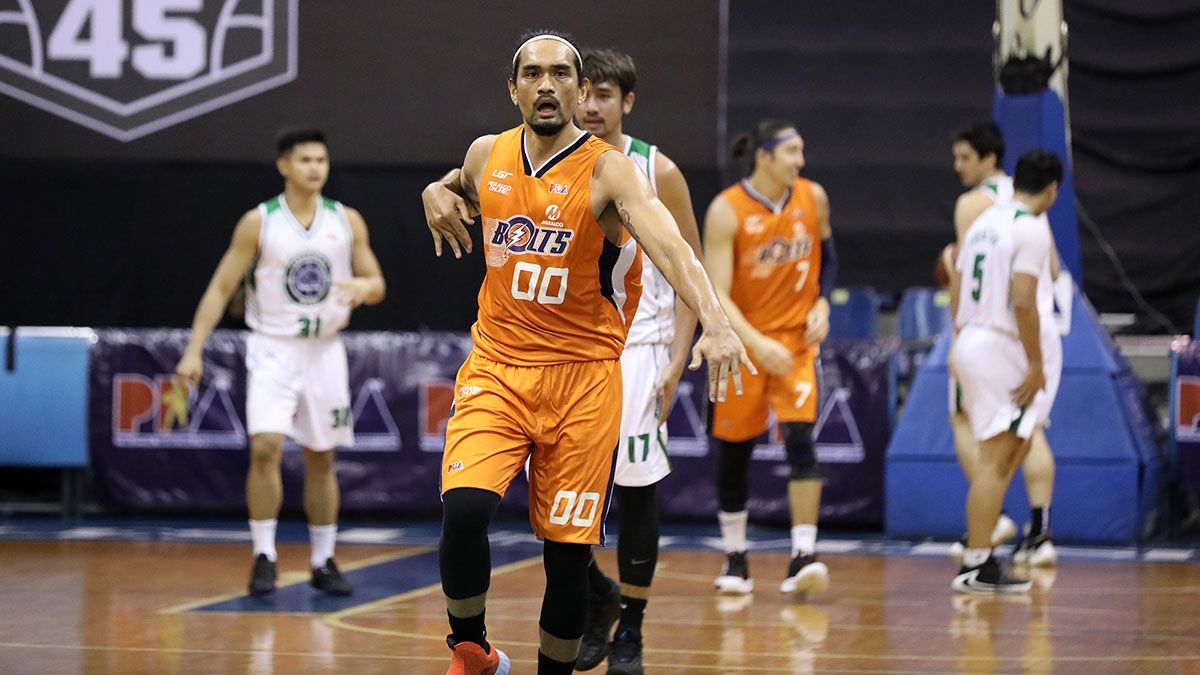 Robinson said Calisaan has to prove himself deserving of a spot with the Fuel Masters.

“Nung kinausap ko naman yung bata, I was open to him about our expectations that we have for that spot na open sa amin,” he stressed.

“And he’s willing to take that opportunity. Hopefully, he lands that spot kasi we have I think two or three slots, and more players are fighting for that spot.”

The 37-year-old Faundo found himself in the same boat as Calisaan.

After being traded by Meralco along with Baser Amer to Blackwater for big man Mac Belo, the former Letran stalwart was likewise not offered a contract by the Bossing, opening the door for the Fuel Masters to extend an invitation to try out for the team in the hope of further bolstering their frontcourt after acquiring Vic Manuel from Alaska.

That Faundo played vital minutes for the Bolts during their campaign in the Philippine Cup bubble last season was a major consideration for Phoenix to take a second look at the 6-foot-6 center.

“The good thing about Bryan is he just played and he’s a big guy,” said Robinson of the 10-year veteran.

“I think the biggest factor for us is he can shoot from the outside,” added the Phoenix coach. “I think Vic and Jayson (Perkins) are our only post-up guys, pero the rest, gusto namin may tira sa labas. So Bryan fits that figure. So hopefully, he’ll get a chance with us if ever things went out well.”

Robinson said both Faundo and Calisaan will have to fight for their spots with the other available players of the Fuel Masters, specifically the remaining rookies they’ve picked in the last PBA draft.

“We have our picks pa rin, si (Reymar) Caduyac and Jerie Pingoy. So andun pa yung position, so I think we still have two to three spots left,” said the former coach and now team consultant of the Lyceum Pirates.