The Fuel Masters lost once again to Meralco on Friday, 114-91, for their second consecutive defeat. Phoenix Pulse has now lost by an average of 30 points following its 114-77 defeat against NLEX.

But Alas is not pushing the panic button this early with still three weeks to go before the season-ending conference kicks off, citing injuries to Matthew Wright, Jason Perkins, and Alex Mallari, who didn’t play in the two tune-up matches, as the reasons for the early struggles.

“Actually, at the back of my mind, ini-expect ko with the line-up that I have, wala si Matt, wala si Jason, wala si Alex. Pero being a coach, pinipiga ko pa rin sila,” said Alas.

Wright is suffering a heel injury he sustained while training with Gilas Pilipinas, the reason why he was not included in the final 12 for the FIBA Basketball World Cup.

Perkins, meanwhile, is nursing a shoulder injury, while Mallari is bothered by a sprained ankle. 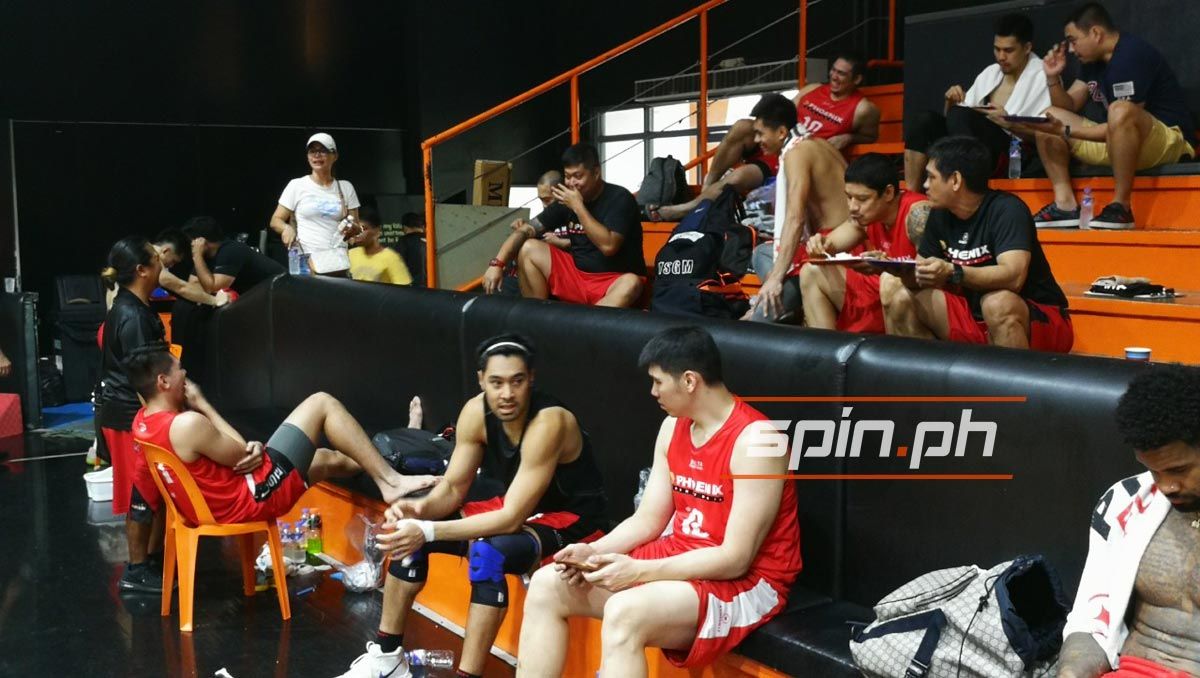 Alas said the injured players will definitely be fit in time for the Governors’ Cup opening next month.

One of the few bright spots in the tune-up game was the performance of Phoenix Pulse import Eugune Phelps, who had 32 points in the match against Meralco.

Alas is patient with the shorthanded team.