PHOENIX Super LPG fired Louie Alas as head coach of its team in the PBA, appointing Topex Robinson to take over in an interim capacity.

The Fuel Masters made the stunning announcement on its social media accounts on Friday, just days after suspending Alas for 15 days for breaking health protocols in the team's return to practice amid the COVID-19 pandemic.

"After much deliberation, management has decided to discontinue Mr. Louie Alas' services as head coach," the petroleum company owned by businessman Dennis Uy said in a statement.

Phoenix management was silent on the reason behind the termination, but SPIN.ph sources bared the relationship between coach and top team officials has been 'unhealthy' for a while now.

The announcement put a shock end to Alas' reign at Phoenix, which he joined in October 2017 after years spent as an assistant coach at Alaska.

His three-year contract was to end next month.

Alas, 56, is one of the most successful coaches in the country, having won three NCAA titles with Letran, an MBA championship with the Manila Metrostars, PBL and ABL titles with Harbour Centre and a Southeast Asian Games gold medal. 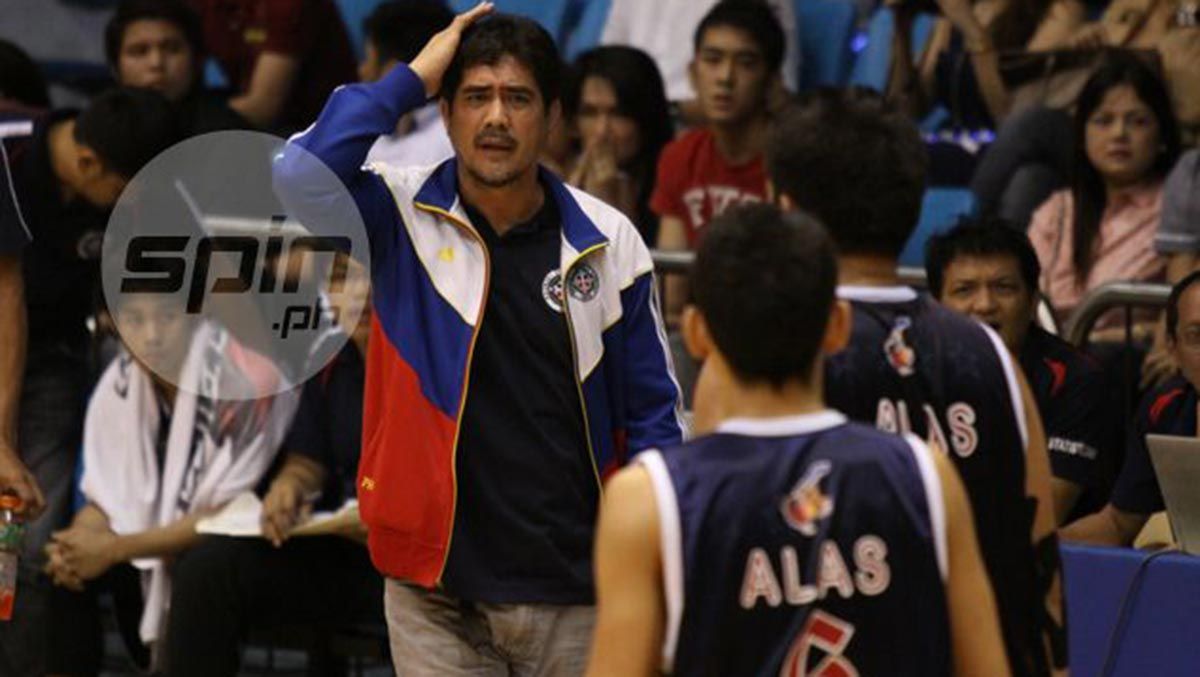 He had a previous stint as PBA head coach with Mobiline (now TnT) from 2000 to 2002 but had far more success at Phoenix, which he turned into a contender since taking over from Ariel Vanguardia in 2017.

The Fuel Masters' best run under Alas came in last season's Philippine Cup, where they topped the eliminations before bowing out at the semifinal stage of the playoffs.

The team's fortunes took a downturn in the Commissioner's Cup after banger Calvin Abueva was suspended indefinitely by the PBA for a clothesline foul on TnT import Terrence Jones.

Abueva has yet to be reinstated by the PBA Commissioner's Office to this day.

Here's the Phoenix statement in full: 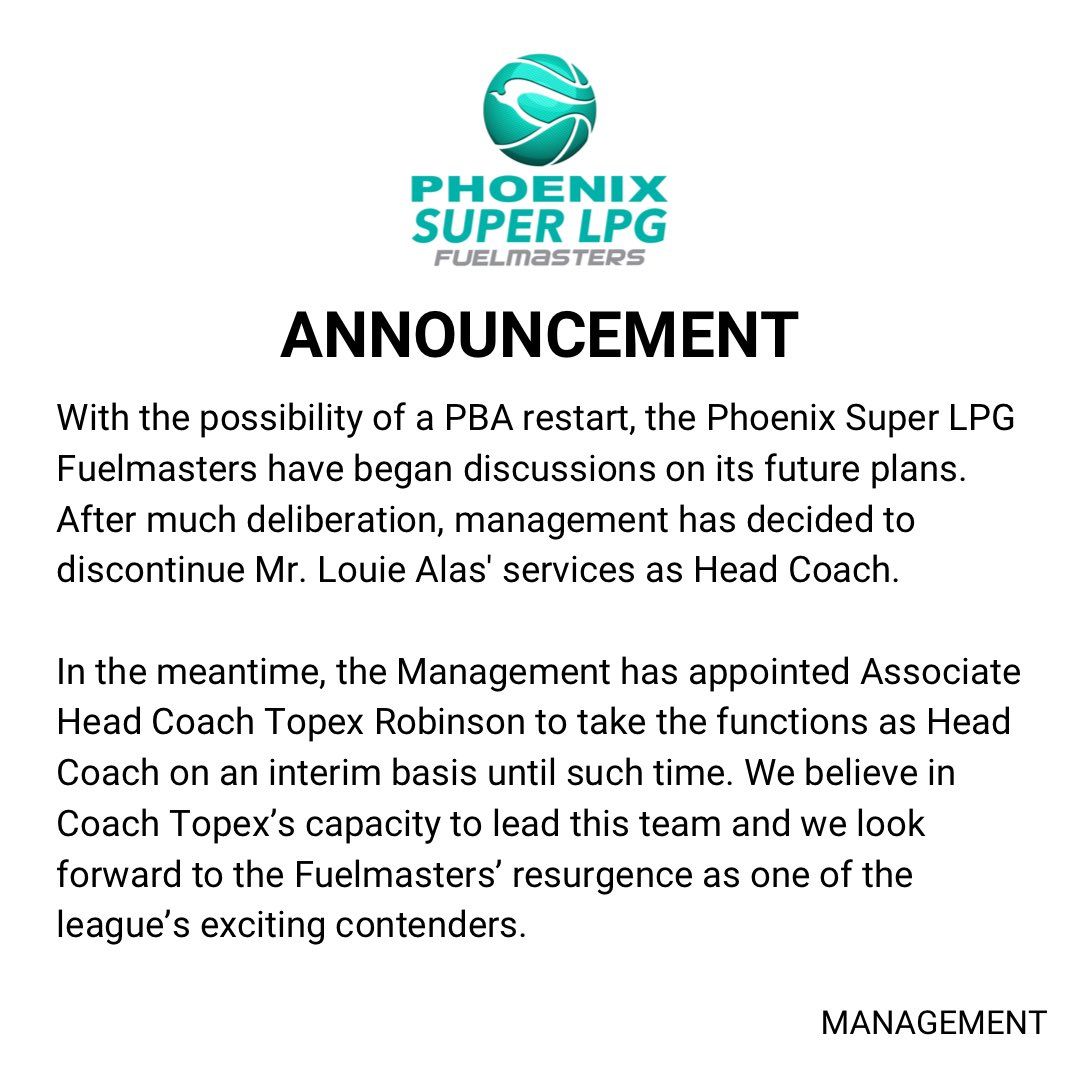