THE Samahang Basketbol ng Pilipinas (SBP) has formally filed an intention to bid for the hosting rights of one of three Fiba Olympic qualifying tournaments in July, giving Gilas Pilipinas a chance to play before a home crowd when it guns for a berth in the Rio Olympics Games.

SBP executive director Sonny Barrios confirmed to Spin.ph on Monday night that the cage body has submitted all the documents confirming the Philippines' desire to host one of the three wildcard tournaments involving 18 countries, each one with a place in the Rio Games at stake.

Barrios said the pertinent documents were sent to Fiba headquarters in Swizerland by SBP official and Gilas team manager Butch Antonio on Friday, or three days before the deadline for the filing of the intentions to bid.

The former PBA commissioner said the papers were sent way ahead of time on the instructions of SBP president Manny V. Pangilinan, who didn't want to take chances with Typhoon Lando bearing down on the Philippines over the weekend.

Pangilinan stood true to his word, having promised to bid for the hosting rights if the PBA can help the SBP form the 'strongest team possible' for the qualifiers which will feature top teams like France, Serbia, Greece, Italy and Czech Republic from Europe, Africa's Angola, Tunesia and Senegal, Canada, Mexico and Puerto Rico from Fiba Americas, New Zealand from Oceania and Gilas, Iran, and Japan from Asia.

Last week, the pro league board committed a pool of the PBA's best players to Gilas for the wildcard qualifiers while adjusting its season calendar to pave the way for the national team's preparation and participation in the July 4-10 tournament.

"We all know MVP, he feels our basketball-loving people deserves a chance to see Gilas in action against some of the best teams in the world," said Barrios. "At the same time, he wants the country's best players to gain the support of their fans when it competes against the world's best."

[See Fajardo, Slaughter among 17 players released as PBA goes all out for Gilas]

Barrios said they expect a communication from Fiba to know more about the groupings in the tournament and on when the final bidding process will be staged.

"But this early, I'm presuming that the competing teams will be spread out," Barrios said. "Fiba has five zones, so I think these teams will be distributed accordingly in the three tournaments."

[See Here is what awaits Gilas in Olympic qualifying tournament] 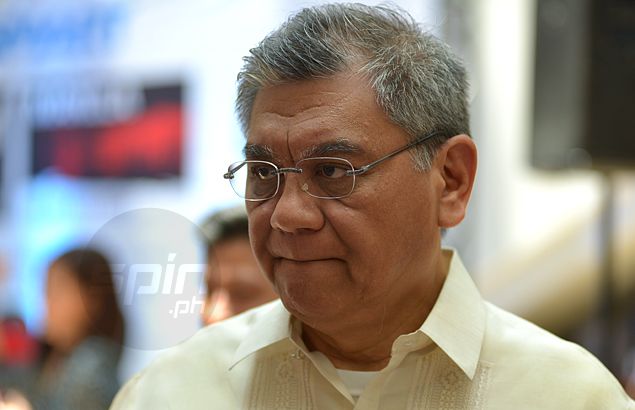