GINEBRA sophomore sensation Scottie Thompson stands out not just as one of the brightest rising stars in the PBA today but also as arguably the pound-for-pound king of the boards in the pro league.

Considering his 6-foot-1 frame, Thompson grabs rebounds at an elite rate (his 10.4 boards per game mark is good for fourth in the league for the entire elimination round), outrebounding players much taller than him save for June Mar Fajardo, Raymond Almazan and Sean Anthony (who leads the Ginebra guard by just 0.3 rebounds per game).

In terms of rebounding totals, Thompson comes in second in hauling 114 boards, behind only Fajardo’s 176 in the eliminations.

Versatility has always been Thompson’s greatest asset that allowed him to develop into arguably the best all-around cager in the NCAA when he transferred from Cor Jesu College in Digos City then to Agro Industrial Foundation College before ending up with University of Perpetual Help in Las Pinas.

After getting drafted by Ginebra two years ago, he has since made a splash as the Gin Kings’ energy guy – thanks to his fascinating rebounding ability apart from his nifty playmaking skills (he came in third in the league in assists after the elimination round with a 5.6 average per game). 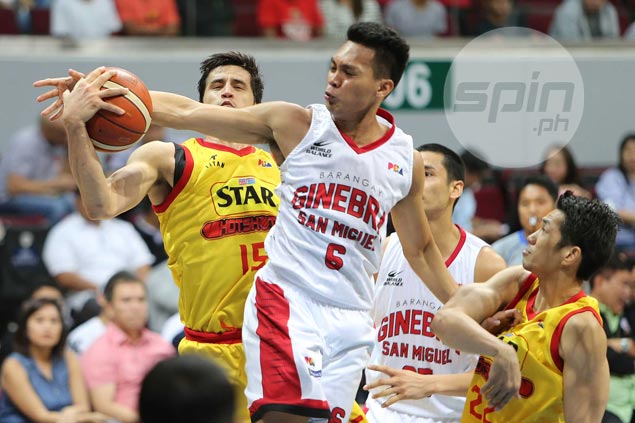 No one, though, is more surprised in what he has accomplished in such a short time in the league than Thompson himself.

Ginebra’s leading rebounder, however, faces a tall task as the Gin Kings go up against a Beermen side bannered by Fajardo, who’s averaging a tournament-leading 15.2 boards per game, in the Philippine Cup Finals.

Can he match the 6-foot-10 MVP’s rebounding numbers?

The Ginebra rebound machine brushed off the idea, saying he’s not out there grabbing rebounds to pad his statistics but rather to give his team better chances of winning. 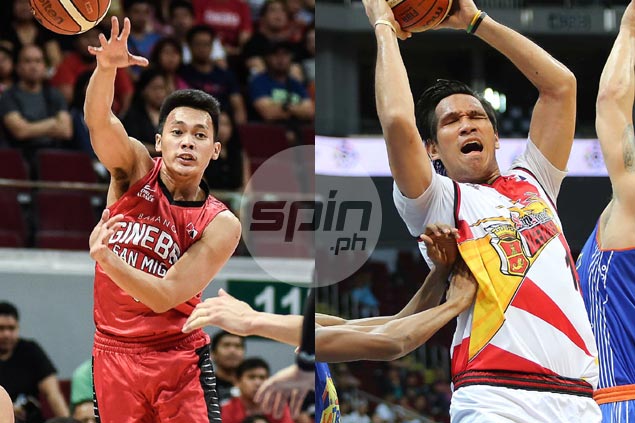 After winning a championship in the Governors Cup in his rookie year, Thompson is grateful to get another crack at a title this early in his PBA career.