How football chief Nonong Araneta almost played in the PBA

DID you know that Philippine Football Federation (PFF) president Nonong Araneta almost played in the PBA?

The 65-year-old executive bared that he came close to turning pro after his days as a two-sport athlete at the University of the Philippines.

It could have happened, but Araneta's priority was on finishing his studies.

Araneta split his time with the basketball and football teams, as well as his academic responsibilities.

A football player has a lot of skills that come in handy in basketball, Araneta shared. As was the case of former national player Ed Ocampo back then.

"I was a point guard and because of my training in football, I was playing defense in basketball. Anybody who was a shooter, I was assigned to guard because my reflexes are better," he said.

"And in basketball in the UAAP, I was having a lot of interceptions because I can run backwards kapag mag-fastbreak sila. Eh ang ordinary basketball player, he cannot get that ball, pero ako I can catch and get the ball," he added.

"In one against two, our hands as football players are faster because we use the foot. So your feet are fast naturally, your hands are faster so you get a lot of interceptions. Yun ang advantage ng football player and yung stamina. As long as you're not in foul trouble, babad."

Araneta shared that UP players had the advantage that time of being able to play in the Manila Industrial and Commercial Athletic Association (MICAA) for Mariwasa, owned by Emerson Coseteng.

And his coach Fely Fajardo was the one who recruited him to the "development team."

"Noong 1974, he told me, 'I want you to be part of the farm team of Mariwasa, because once you graduate from UP, we want to get you for Mariwasa.' They give you an allowance every month basta the agreement is when you graduate in UAAP, you play for the club," said Araneta, recalling seeing the likes of Cisco Oliver, Jun Papa, Danny Florencio, and Epoy Alcantara in the Recorders' training in Xavier School.

Everything was set, until some of the MICAA owners cut ties with the amateur league and the old Basketball Association of the Philippines and formed a pioneering pro league that became known as the PBA.

"That time in 1975, there was the MICAA Invitational and I was already part of the team, I have my uniform. But I guess, that was the time where the MICAA owners decided to get away from BAP and put up the PBA. So hindi natuloy yung MICAA Invitational (and Mariwasa) went straight to the PBA," he said. 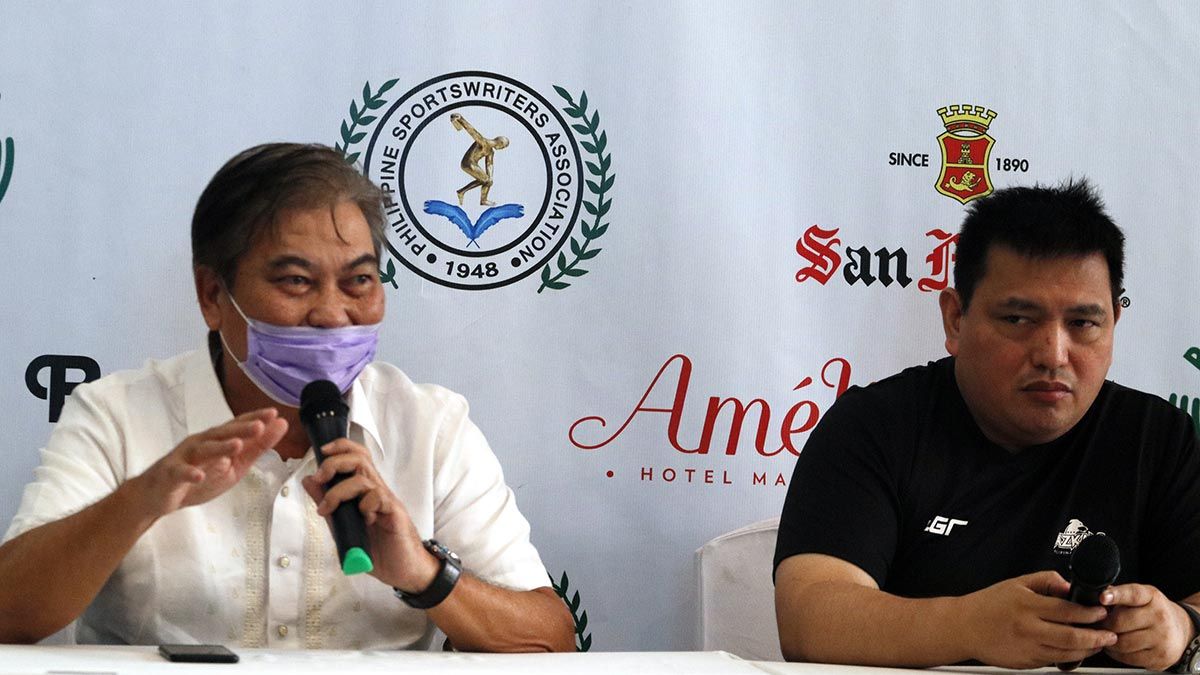 That was when Araneta decided to go on another path.

"I said no and I have to finish [my] Engineering [course] first. Buti sana kung ano, pero I was taking Engineering so very taxing also," he said.

Everything still fell into place for Araneta, who finished his Engineering course and ended up playing for the national football team from 1975 to 1985. He managed the Philippine team in the 1993 Philippine International Football Cup, setting the stage for his eventual assumption to the top role in the PFF.