AS commissioner Chito Salud launches a review into a controversial non-call that marred Game One of the PBA Governors Cup finals between San Mig and Rain or Shine, the PBA said it won't stop its technical consultant from doing on-the-spot review and judgement on referees' calls for the TV coverage team.

Taking on a role as referee analyst pioneered by longtime NBA referee Steve Javie for ESPN, former PBA technical head Perry Martinez caused a stir on Tuesday night when he said on television that Marc Pingris should have been called for a foul on Rain or Shine guard Paul Lee in the final play of Game One.

The referee closest to the play, Jimmy Mariano, decided against calling a foul on Pingris, allowing San Mig to escape with a 104-101 win over Rain or Shine in the opener of the best-of-five finals.

Later, Martinez, applying the principle of verticality after a video review of the play, said he believed Pingris lunged forward while trying to stop Lee's three-point shot and fouled the Rain or Shine guard in the process.

"If I were the referee, I would have called a foul," Martinez said as Rain or Shine coaches, officials, and players protested the non-call.

Salud and his technical team are in the process of reviewing the contentious play before deciding on whether sanctions should be meted on the referee.

Marcial said Martinez won't be part of the review.

Marcial said Martinez's on-the-spot judgment on Mariano's play may have pre-empted Salud's decision, but he made it clear the PBA has no plan to stop its former technical head from commenting on the referees' decisions for the broadcast team of TV coveror Sports5.

Asked if Sports5 sought the consent of the PBA to ulitize Martinez for the TV coverage, Marcial nodded.

Marcial also sought the understanding of the public in terms of the much-maligned officiating in the league.

Former Barako Bull coach Bong Ramos, meanwhile, called the final play a 'judgment call," saying the complexity of the sequence has the call going either way.

On the other hand, "may contact kaya pwede ring may foul," added the soft-spoken coach.

Ramos, however, said the referee can only base his decision according to what he saw. 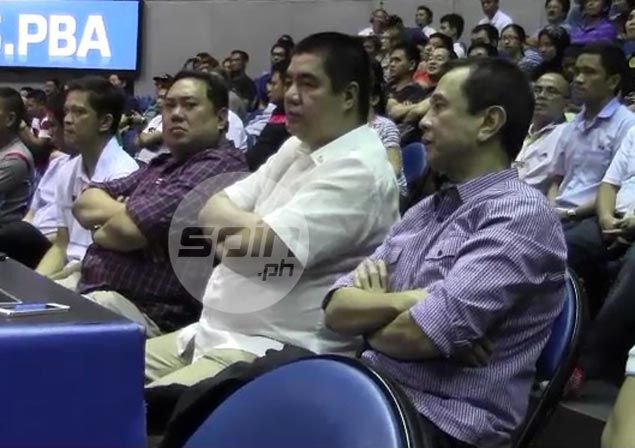