Exactly 30 years ago today, Formula Shell won its breakthrough PBA championship in Game Six of the 1990 First Conference Finals, which is better remembered for a walkout staged by Robert Jaworski and his Anejo team

IT was a historic championship won under the most chaotic circumstances.

Even three decades after Formula Shell earned the first PBA title in franchise history, the moment still remained etched in memory under the cloud of the first-ever walkout staged in the annals of the pro league.

That it was Anejo Rum (nee Ginebra San Miguel), considered as the league’s most popular ballclub, the team of the masses, which did the infamous act compounded the bizarre ending in that fateful summer night of 1990 at the ULTRA.

It was supposed to be the crowning glory of Shell, the biggest night for the team that took over the franchise of the fabled Crispa Redmanizers just five years earlier.

Instead, the Zoom Masters were left to revel in a hollowed celebration as the 65ers stormed out of the playing court never to return again, with still 2:52 remaining before halftime of Game Six and Shell leading, 62-47. 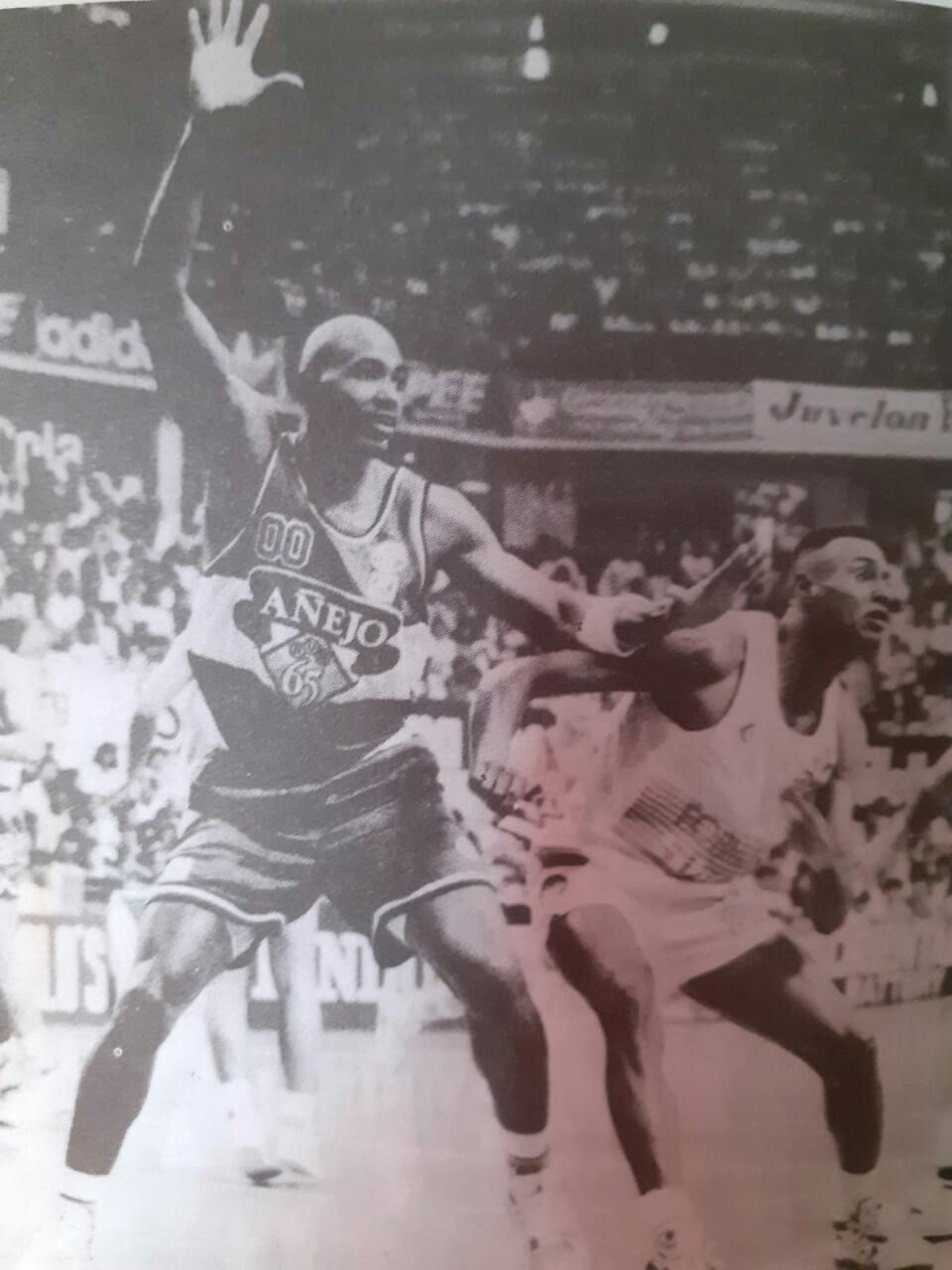 Favis felt the move was not only unfair to the entire Shell organization, but more so to the viewing public.

“Personally, for that, I felt that Ginebra deprived us of a sweeter victory and deprived the paying fans of watching a good game,” he stressed.

And Anejo Rum’s bone of contention for taking such a drastic move? The never-ending issue on officiating.

Then leading the First Conference best-of-seven finals, 3-2, the Zoom Masters were ready to end it all and went for the knockout punch right away in the opening half of Game Six.

With the late import Bobby Parks playing like a man possessed, Shell set the tempo of the fast-paced ballgame, detonating a deadly 13-0 run to establish an 18-point lead in the first quarter.

The 65ers struggled with their shooting and committed one turnovers after the other, but found a Lone Ranger in import Sylvester Gray, who carried the team on his broad shoulders and led a rally that cut the Zoom Masters’ lead to a single digit.

The workhorse Gray was whistled for two quick personal fouls in a two-minute stretch, including his fifth for the game with 4:01 to go in the second quarter, enraging the pro-Anejo crowd inside what is now called the PhilSports Arena.

The late Anejo big man Rey Cuenco was slapped with his fourth foul by referee Rudy Hines (himself a former PBA player) off Parks, a call that didn’t sit well with the former national player who kept on complaining to the official and was hit with a technical foul.

Enraged by the technical, Cuenco then added fuel to an already escalating situation by going over to Hines and tapping the referee on the nape, earning for him a second technical and outright ejection from the game.

Soon after, pandemonium broke out.

Displeased with the officiating, Anejo supporters pelted the playing court with coins, ice, and debris of any kind as a chorus of jeers reverberated inside the jampacked coliseum. 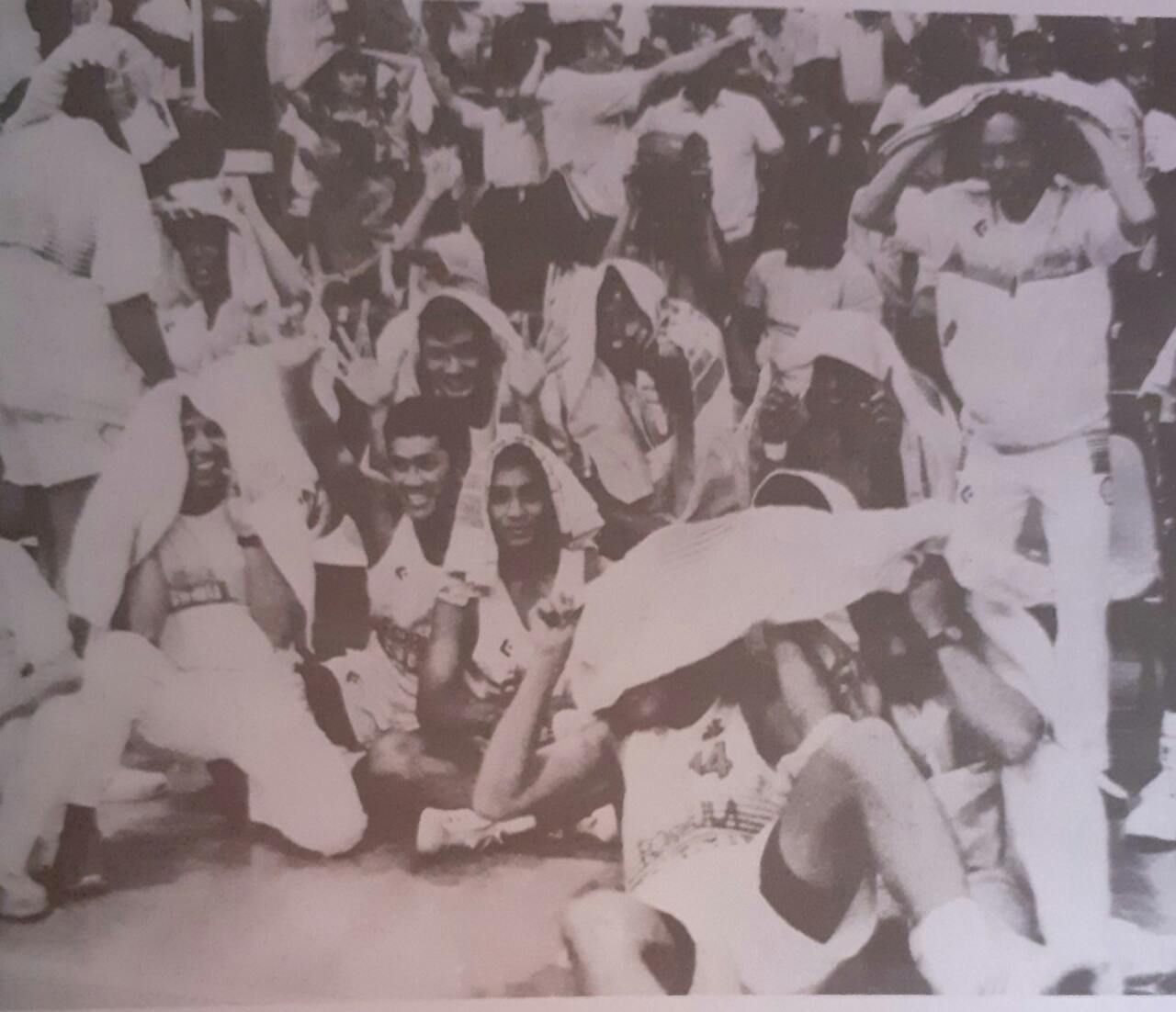 After an Anejo timeout and a long commercial break called to ease the tension, 65ers playing-coach Robert Jaworski Sr. - getting the approval of then team manager Bernabe Navarro – went over to the officials’ table and told them of the team’s decision to walk out.

An even bigger pandemonium followed as angry Anejo fans shouted invectives at game officials and resumed throwing objects on the court.

“It’s just that their import was in foul trouble, and if your import is rendered ineffective, there goes the game,” said Favis, who later became a commissioner of the Philippine Basketball League (PBL).

“The technical fouls and other penalties were the price to pay for Anejo.” 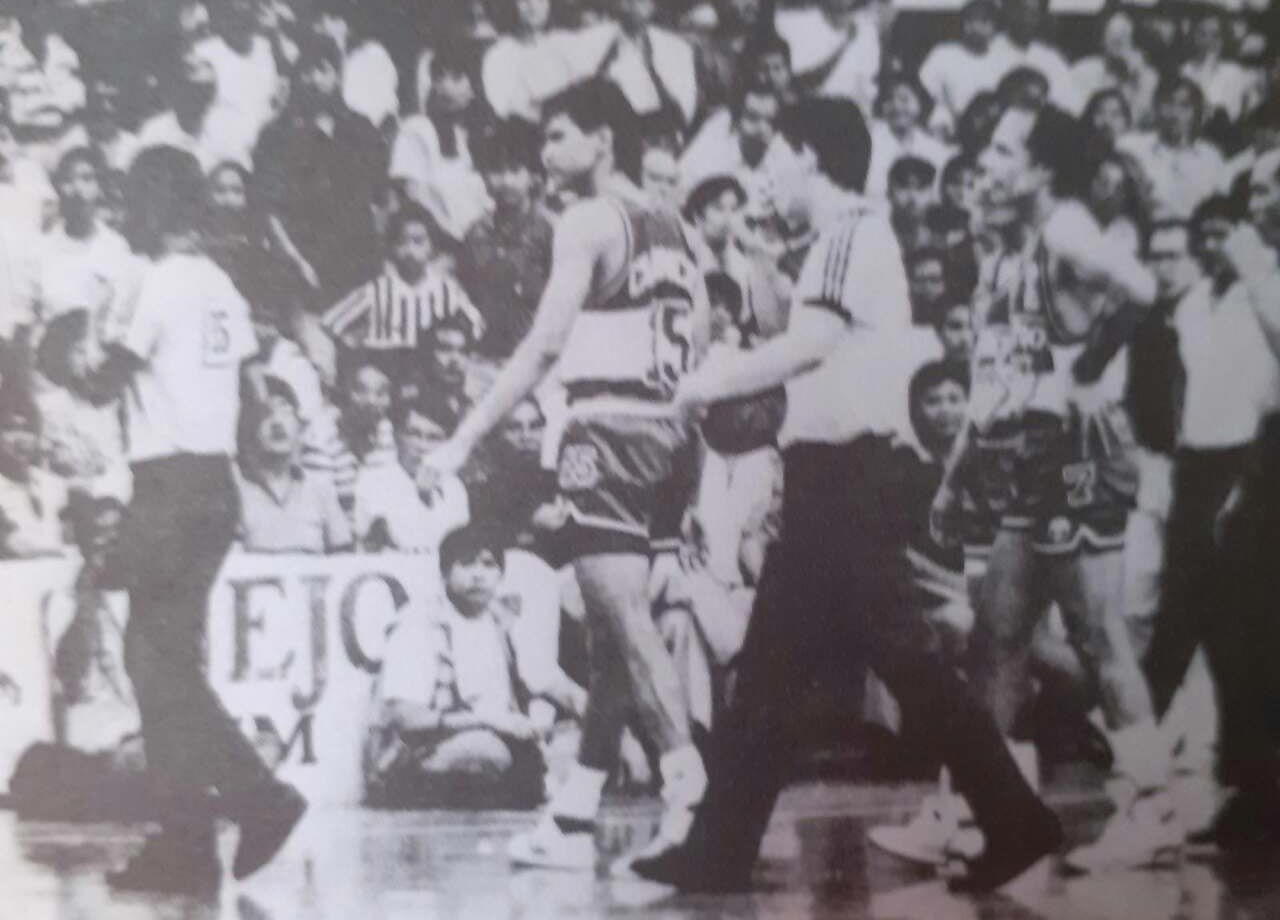 The Turbochargers went back to their locker room following the walkout, then promptly returned when then PBA commissioner Atty. Rodrigo Salud ordered both teams to get back on the playing court after a 10-minute grace period.

Anejo did not. The 65ers were given two 90-second deadlines by the commissioner that obviously fell on deaf ears.

“I was proven wrong by Anejo because when I was interviewed by Romy Kintanar (the late 'Man On The Ball' courtside reporter) during the lull, I said that ‘Sonny and his boys are known fighters, and I’m sure they’re going back,’” said Favis.

With no 65ers coming out, the Turbochargers were declared champions by forfeiture and celebrated the franchise’s breakthrough title at center court. 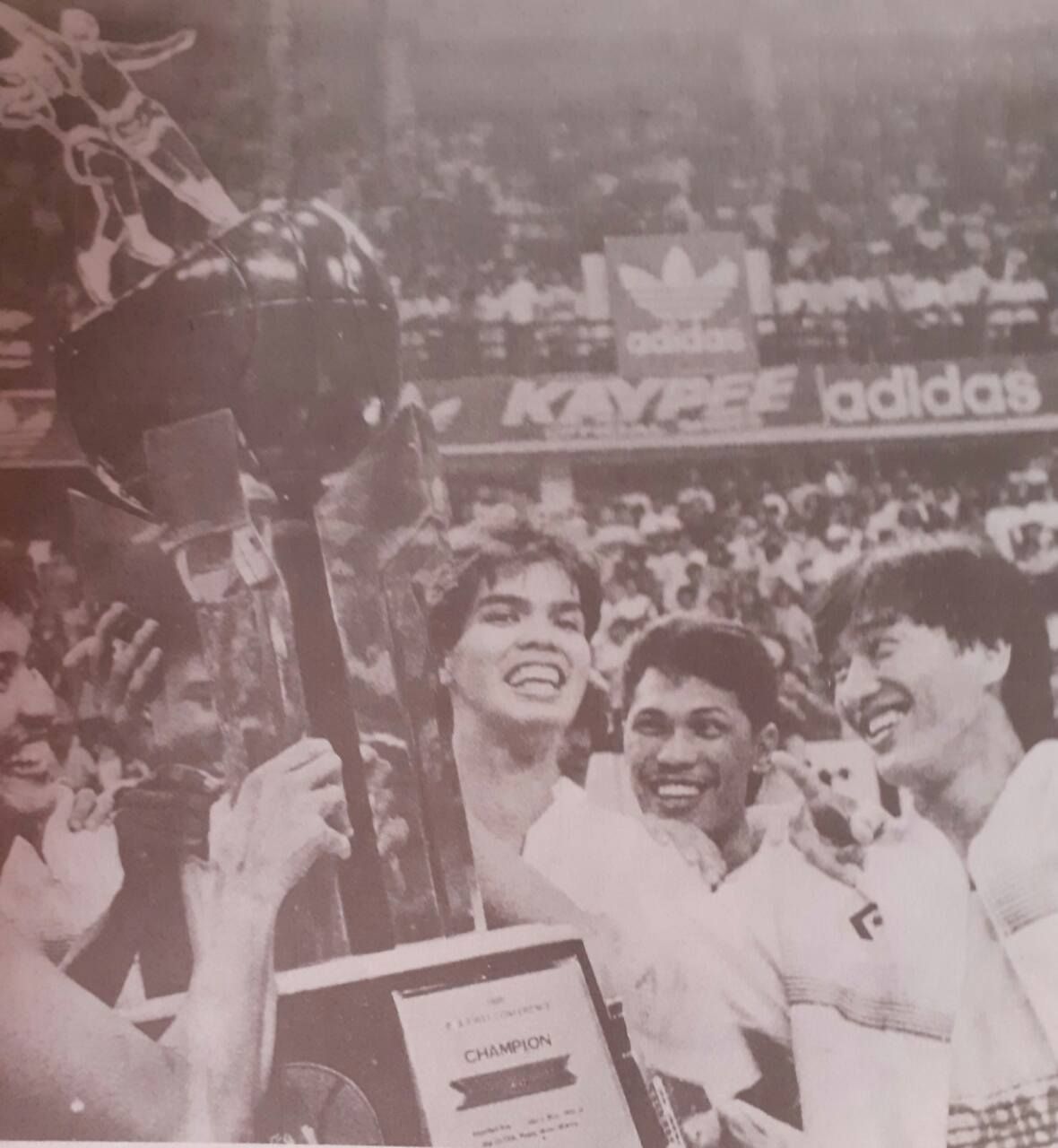 But somehow, there was something amiss despite the victory.

“The mood was not the same as the usual championship dugout scene,” admitted Favis, who now writes a weekly sports column for the tabloid newspaper Abante. “I think it’s because of the time spent waiting for Ginebra to come out. It was a long wait.”

It did not end there. Getting out of the venue, as Favis found out later, was like Mission Impossible.

The Shell official was forced to leave his car at the parking lot of ULTRA and hitched a ride with a friend as he got word that unruly fans were on the lookout for vehicles bearing the Zoom Masters and their executives.

“Coming out of the Ultra was equally bad,” said Favis. “I left Ultra in my friend’s car, naka-recline yung seat ko so they (fans) won’t see me and went straight to the victory party.”

It was exactly that fear of an ensuing violent reaction from the crowd that Anejo choose not to resume the game.

“If we continue playing, the crowd might run berserk and many people will be hurt,” said Navarro in the 1990 issue of the PBA Annual. “So we would rather sacrifice.” 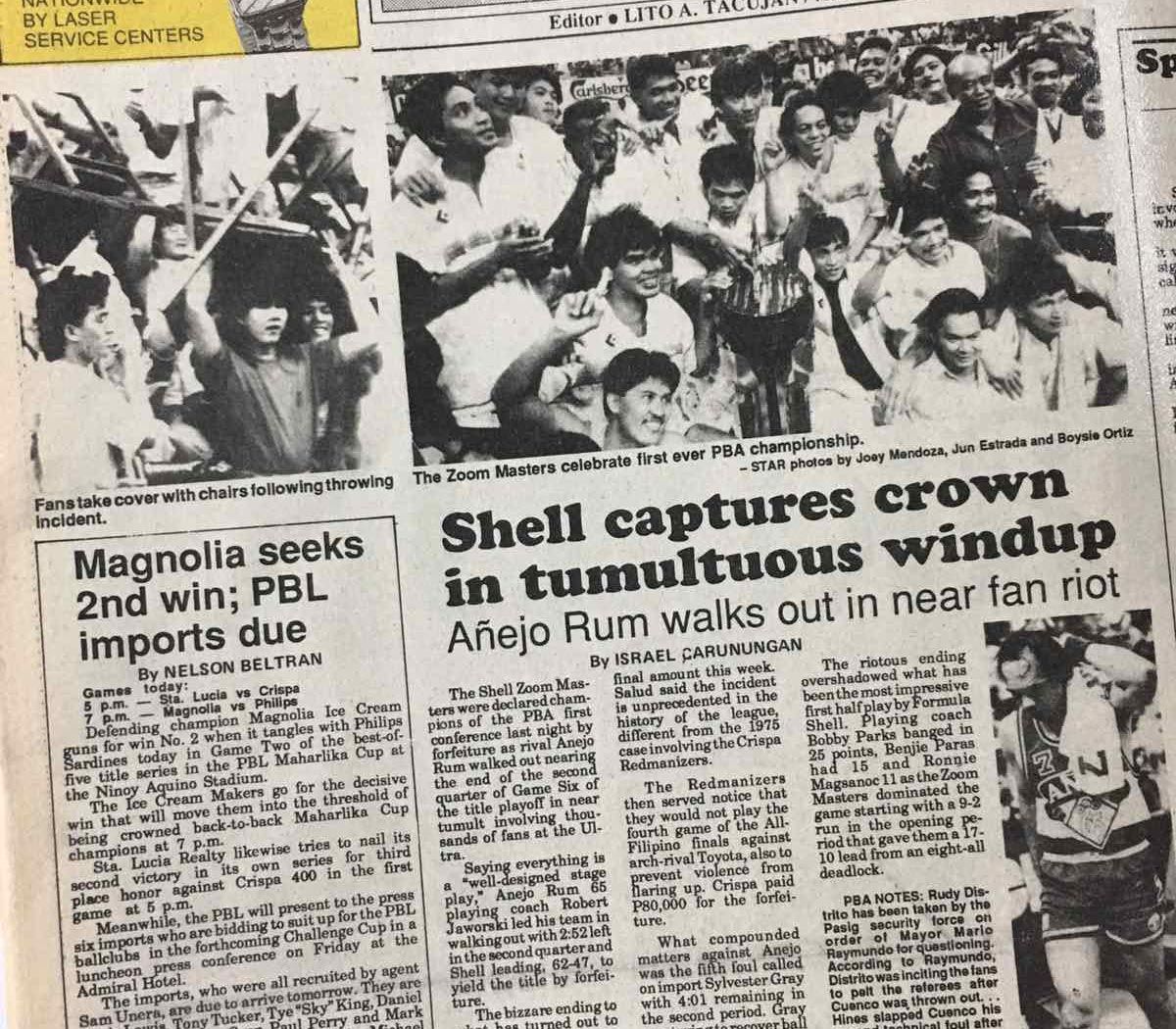 Salud wouldn’t take the issue sitting down and threw the book on the celebrated franchise, slapping the team with a then whooping fine of P550,000.

“Whether officiating was good or bad doesn’t count when the Commissioner rules on a walkout,” stressed former PBA chief Sonny Barrios, who was executive assistant to Salud back then.

“The mindset of Commissioner Salud then was there is no place for a walkout in a PBA game. If tolerated and left unchecked, the league will lose its credibility with the fans, who pay good money to watch the game,” recalled Barrios.

The record fine was the highest allowed by the PBA by-laws under the powers bested the commissioner.

“There is no perfect game, teams have to accept ‘the good with the bad. “We must never punish the watching public with a walkout,” he added. “Therefore, the commissioner imposed the highest penalty that he can within his authority under the PBA constitution and by-laws as well as the PBA playing rules if only to deliver the right message not only to the teams but also to the watching public.”

Favis agreed, pointing out the Turbochargers were also getting the bad end of the inconsistent officiating.

“I remember during that game, Bobby (Parks) came to me and was complaining that every time he drives to the basket, he is being hit in the stomach,” said Favis.

More fouls were called on Anejo, 20-12, that resulted in a 16-7 edge for Shell in free throws made, forcing Jaworski to quip later that those calls ‘decided the game.’

Favis countered the Zoom Masters went through the same situation in Game 5, but didn’t fret on the calls and instead focused on playing. They lost the match, 130-101.

Favis added, “Ganyan ang basketball, e. A judgement call, whether correct or not, must be respected.”

The morning after was no different for the Shell team manager, who disclosed that as per the Shell Security Office, three death threats meant for him were made by anonymous callers.

“The phone did not stop ringing. There were calls and visits from media, television, and radio for interviews. Also they wanted to know how true the story that I wrote a check of P800,000 for the referees using my BPI checkbook,” he said shaking his head.

“True, my checkbook is BPI, but I didn’t have that much cash balance.” 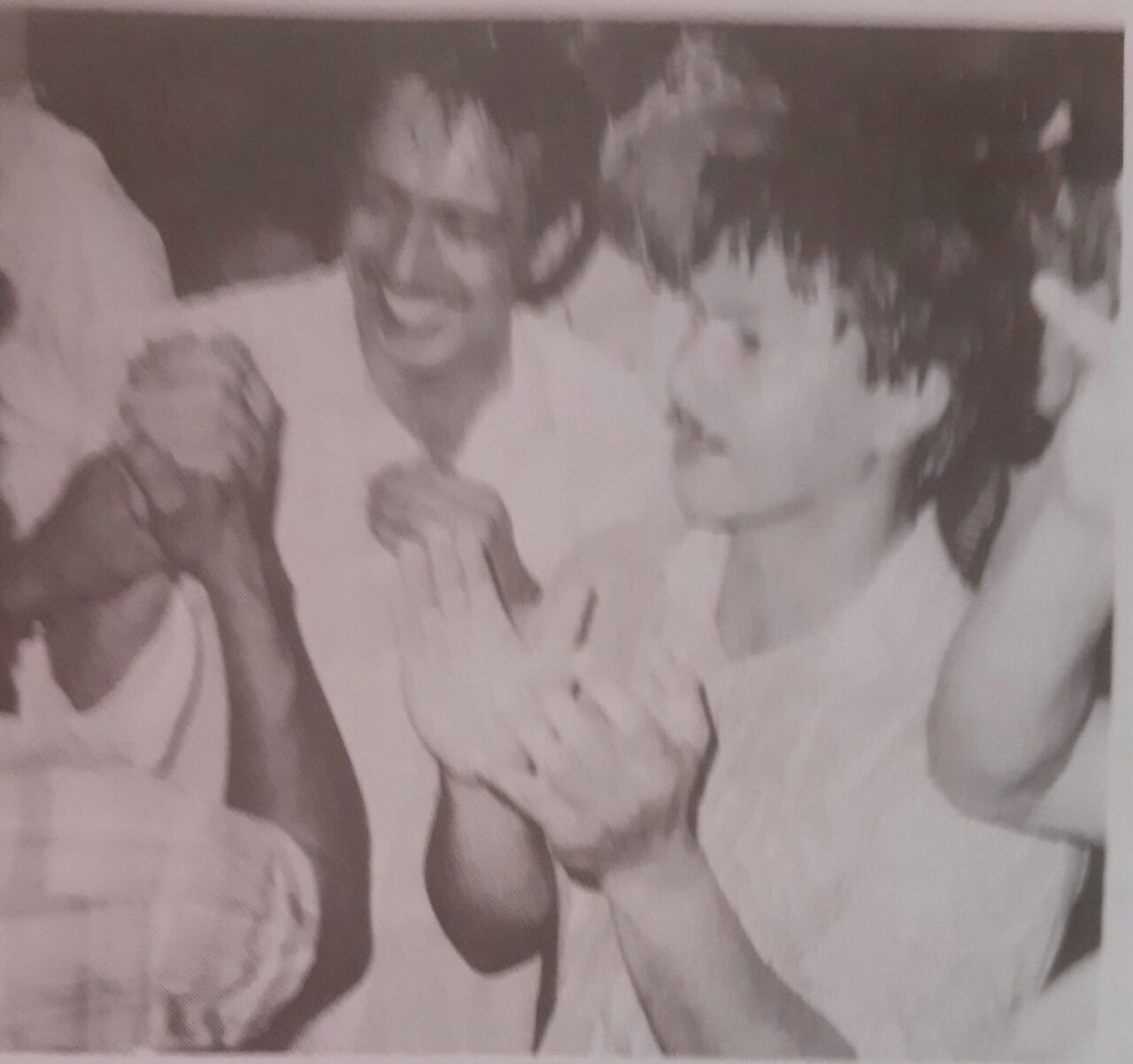 With all due respect to Anejo’s Never-Say-Die spirit, Favis is convinced though, the Turbochargers would win the championship that night had the game been resumed.

“We were the hungrier team and Shell would not let that first championship slip away.”

Favis also remembered how Parks, the only recipient of the Best Import award seven times who led the team in scoring with 25 points, vowed to give the Turbochargers their first title on the eve of Game Six.

“The night before, Bobby and I were talking. He told me, he will give us the championship and I believed him,” said Favis.

Unfortunately, not under the kind of ending everybody wanted.

POSTCRIPT: Anejo never claimed the runner-up trophy and it remains displayed at the PBA head office in Libis, Quezon City until now.