The league will also hold three triple bills to make up for the three COVID-related postponements the games had to endure in the first month of the bubble.

The four-game-a-day schedules are a first in the league's history.

Games resume on Tuesday at the Angeles University Foundation with Barangay Ginebra tangling with Alaska in the main game at 6:45 p.m.

Matches will actually start as early as 10 a.m between Blackwater and defending champion San Miguel Beer.

Phoenix then tangles with Terrafirma at 1 p.m followed by NorthPort against TnT at 4 p.m 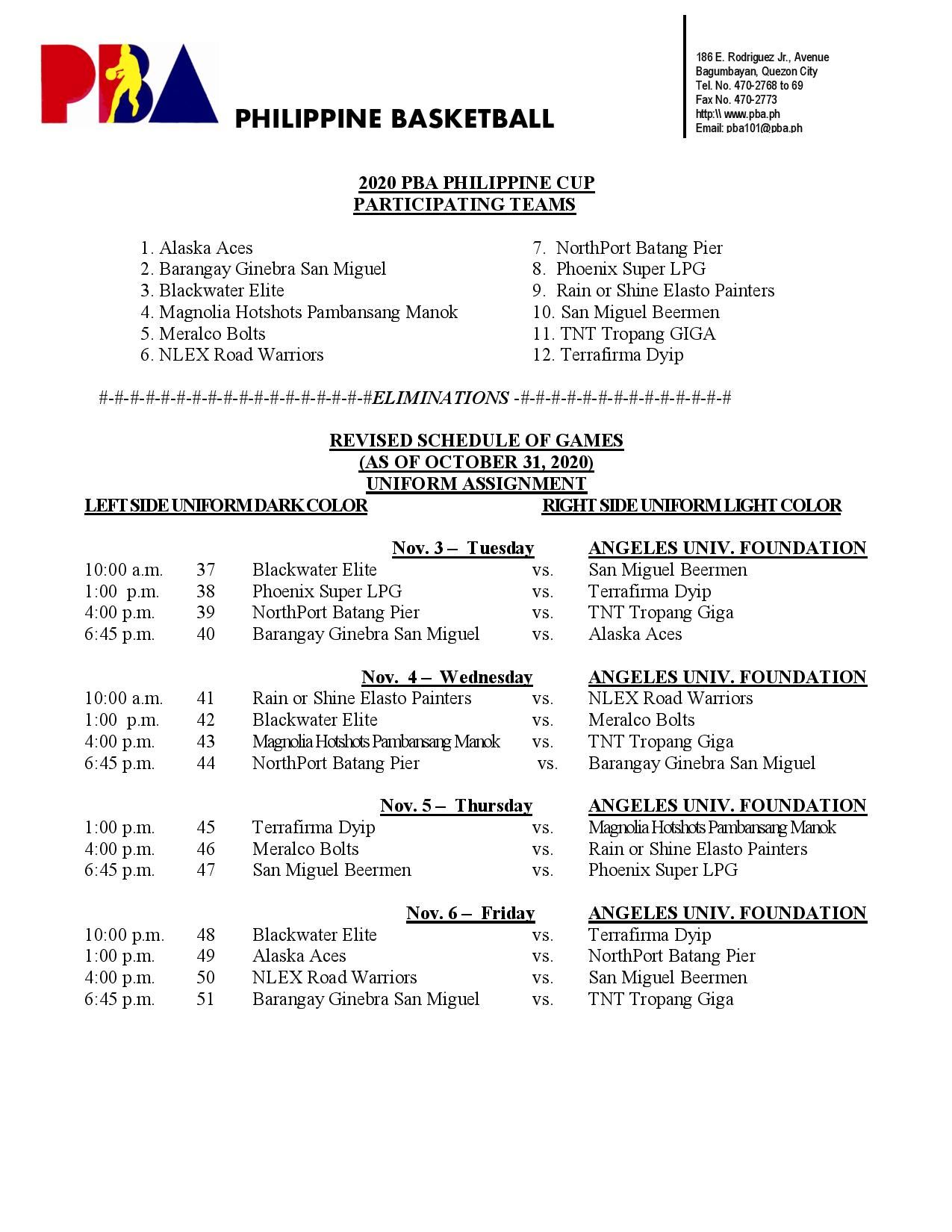 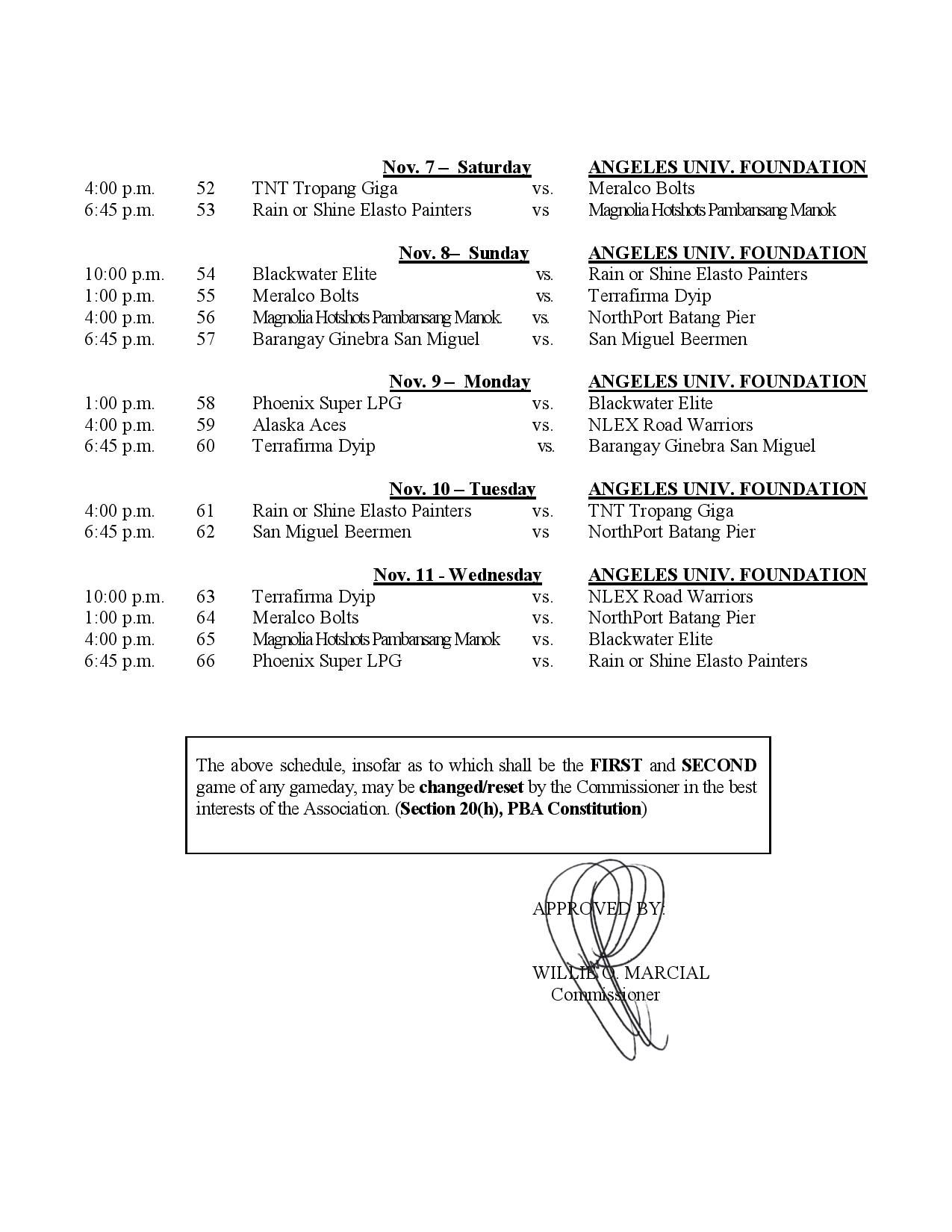 After playing the Aces on opening day resumption, the Kings tackle the Batang Pier on Wednesday, the Elite take on the Meralco Bolts, and the Tropang Giga battle Magnolia Hotshots.

Commissioner Willie Marcial said as far as he can remember, this marks the first time the league will be holding quadruple double games in a single playing day.

The rest of the playdates will feature triple header games (Nov. 5 and Nov. 9) and the regular doubleheader (Nov. 7 and 10).

The league had to reschedule the second half of the eliminations after games were postponed the past four days in compliance with the additional protocols recommended by the IATF (Inter-Agency Task Force for the Management of Emerging Infectious Diseases).