SAMAHANG Basketbol ng Pilipinas (SBP) program director Tab Baldwin has an idea on how to raise the level of competition here in the country.

And it starts with the PBA.

"As an industry here, we have one major, major flaw in the basketball landscape of the Philippines, and it's a regulatory flaw, and that is that in the PBA, we have three conferences with two of those conferences are single-import conferences. This is a big mistake," told Coaches Unfiltered.

"We should never have a single import playing on a team."

Comparing the Philippines to its neighboring countries, it's the only league which observes this setup.

Chinese Basketball Association (CBA) teams can sign up two foreign players and another Asian reinforcement for its season.

Meanwhile, the Japanese B.League allows at least three foreign players, excluding a naturalized Japanese player who is considered as a local.

Even in the regional ASEAN Basketball League (ABL), teams are allowed to sign up at least three reinforcements per team.

The last time the PBA allowed at least two imports per team was in the 2016 Governors' Cup, which aside from enlisting reinforcements with a height limit of 6-foot-5, also welcomed the signing of Asian imports.

Baldwin, who boasts a wealth of experience coaching in his native New Zealand, as well as Malaysia, Lebanon, Jordan, and Greece, said that it truly was the biggest thing that struck him when he first got to the Philippines back in 2013 -- to a fault, really.

Baldwin, who also works as a consultant for TNT KaTropa, believes that the Filipino coaches are indeed capable of doing their jobs, but are beset by the rules put in place by the powers-that-be, especially in the case of the PBA.

"Of course, the imports that come here are some very outstanding players. And they become superstars because of their statistical performances and so many examples and situations. So the question that this begs to me is why aren't these guys superstars in bigger leagues? In leagues where they could play 10 months a year and earn significantly greater salaries over the course of the year than they are in here? Why aren't they? And the reason is they aren't given the regulatory advantages by the referees that they're given here. So in other words, put it in layman's terms, a foul for a PBA player for a local player isn't a foul on an import, and the foul of an import, that same foul on a local player isn't a foul. So our local players are competitively disadvantaged in their ability to compete against the import players, and this is not the case in other countries." 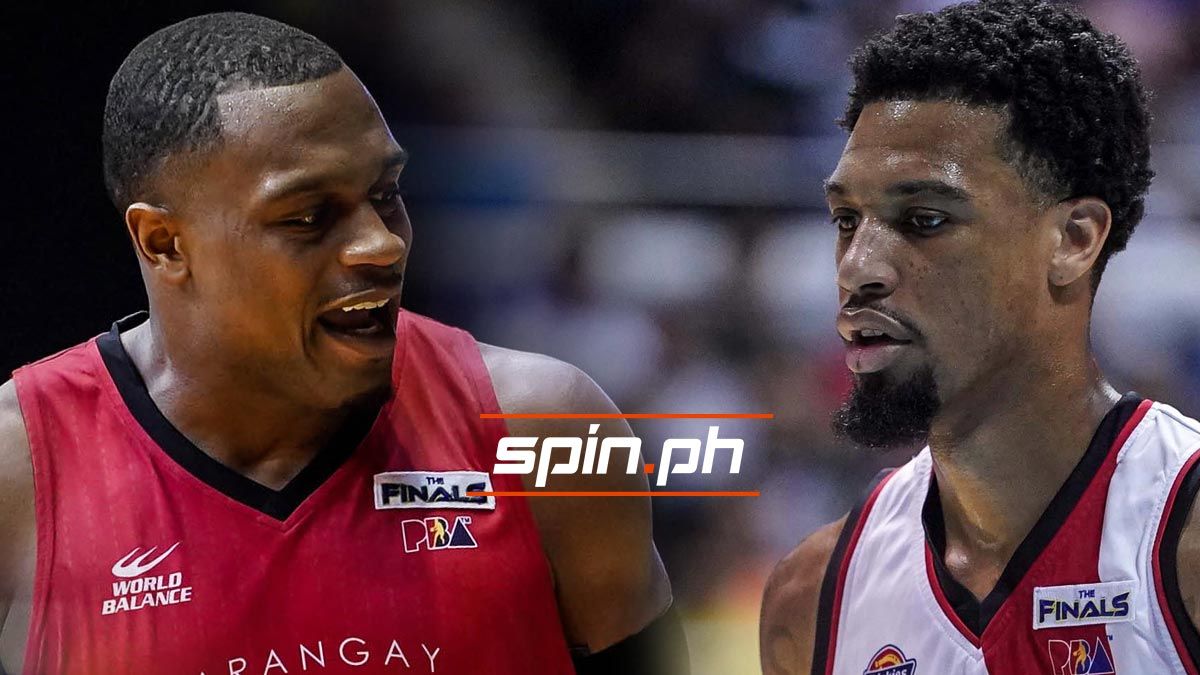 Justin Brownlee and Chris McCullough have led their teams to the most recent Governors' Cup and Commissioner's Cup titles, respectively.

That discrepancy in officiating isn't only disadvantageous in Baldwin's eyes for the local players once they go out of the PBA bubble, but also for the coaches who, he believes, can still flex their tactical masteries more.

"You ask yourself, why one PBA coach after another, when they start their 48-minute games, they don't match up the imports against one another? Why is that? Well, it's tactically smart, tactically sound because they can afford the fouls, because they know that the imports produce so much offense for their teams, but that's not so bad as it gets back to the fact that if you're a PBA coach, and you don't tactically run your systems through the import, you're pretty stupid because they are given all of the advantages," he said.

Brutally honest in his assessment, Baldwin thinks that there's really ways that the PBA can raise the level of play here, not just for the players but also for the coaches.

And the 62-year-old hopes that those changes for the better can be done in the near future.

"I think that system, it creates a false landscape for our basketball coaches and our basketball players, and I think it needs to be changed sooner rather than later," he said.
___