TNT goes for a commanding 3-1 series lead over San Miguel, while Meralco looks to tie the series against Magnolia in the 2021 PBA Philippine Cup semifinals on Sunday at the Don Honorio Ventura State University gym in Bacolor, Pampanga.

TNT and Meralco had contrasting results in their previous outing.

TNT took the lead in its semifinal series after beating San Miguel in runaway fashion, 115-98.

Meralco defeated Magnolia, 91-86, for its first win in the series, trimming the deficit, 1-2.

TNT head coach Chot Reyes hopes that his team will continue to outwork San Miguel as it aims for a two-game lead in the series.

“If you are going to ask me the one characteristic or answer why we are able to compete with them is I think our effort,” Reyes said. “If we don’t outwork San Miguel, we have no chance. Even if we outwork them, it’s still not sure if we are going to win. The sure thing is if they outwork us, wala talaga kaming chance.”

Eyes will be on Poy Erram, who had 21 points, 13 rebounds, and three steals in the Game 3. 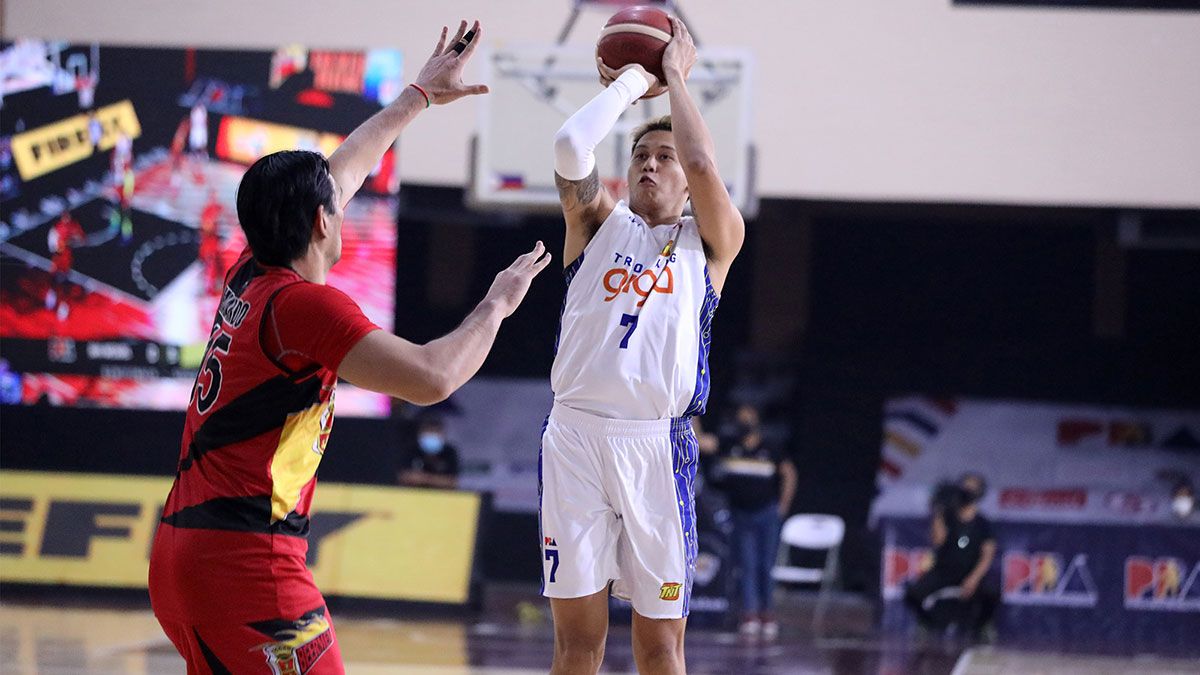 In the other semifinal series, the Hotshots are still in command of the series but the Bolts are determined to even things up despite being shorthanded.

With the Bolts already missing Aaron Black due to a hand injury and Trevis Jackson and Jammer Jamito out due to health and safety protocols, Game Three was made even tougher as Raymond Almazan sat out with an ankle sprain. Still, the Bolts found a way to finally draw a victory.

Meralco coach Norman Black reiterated the Bolts still have a lot of work to do.

“We put ourselves back in the series. Basically, that’s what we’ve done. They still have a 2-1 advantage,” said Black.

Meralco hopes to continue the collective effort with Chris Newsome getting support from Cliff Hodge, Anjo Caram, and Noy Baclao on Friday