PBA scenarios: How SMB could end up taking or missing twice-to-beat

SAN Miguel’s remarkable win over Meralco on Saturday that saw Shabazz Muhammad score 57 points enabled the Beermen to stay in contention for one of the final two twice-to-beat incentives in the quarterfinal round.

The Beermen climbed to 7-4 win-loss at the close of the elimination to move up to third place despite changes in their roster over the course of the conference that included three imports, Muhammad being the latest among them.

Though already in the quarterfinals, SMB is still not assured of a twice-to-beat edge with three playdates left starting on Sunday.

Right in San Miguel’s tail are Alaska and TNT. The Aces are 6-4 and play league-leader Magnolia on Sunday, while TNT [5-4] takes on also-ran Terrafirma on Wednesday and quarterfinal-seeking NorthPort on Friday.

Even Meralco is still in the hunt with a similar 6-4 card as it faces Phoenix on Friday.

So how does San Miguel make it to the quarterfinals with a twice-to-beat? Well, it is no longer in their hands. 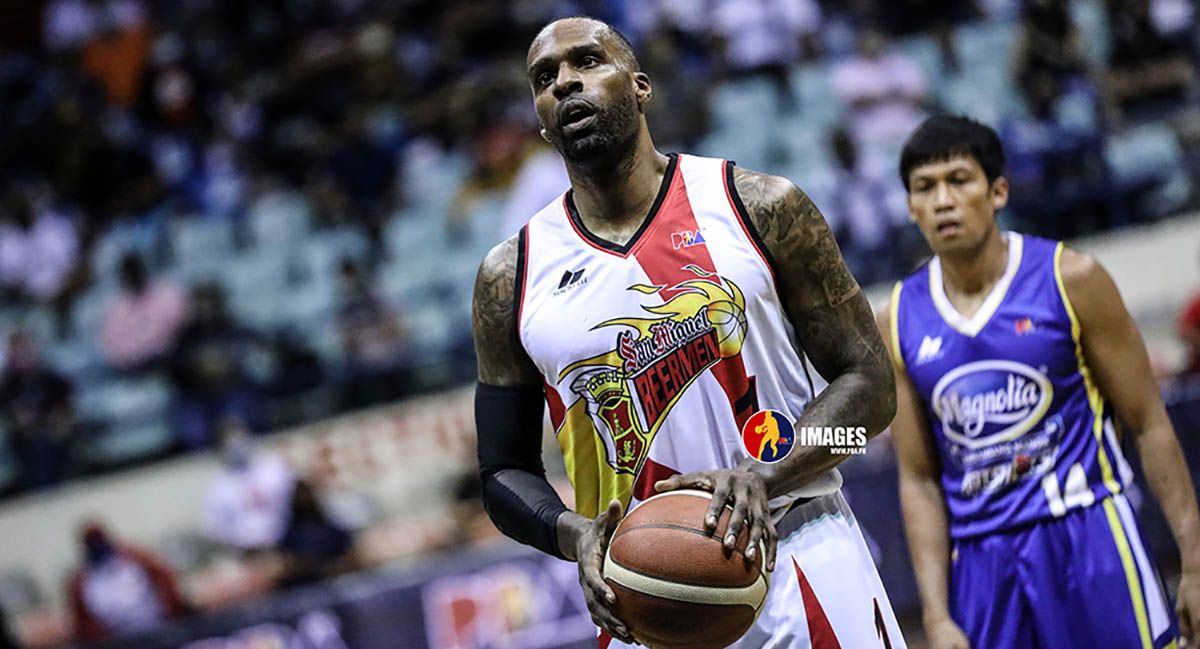 Shabazz Muhammad and the Beermen are in provisional third.

San Miguel gets twice-to-beat if…

The only way San Miguel will obtain the twice-to-beat is if it ends up in a tie with one other team — Alaska, Meralco, or TNT.

The Beermen end up at No. 3 if it ties with the Bolts, with the winner-over-the-other rule taking effect. San Miguel won, 115-110, over Meralco on Saturday.

San Miguel takes No. 4 position if it is locked with either Alaska or TNT based again on the winner-over-the-other rule. The Aces beat the Beermen, 99-94, last December 10, and the Tropang GIGA won over the Beermen, 96-81, last February 16.

San Miguel doesn’t get the twice-to-beat if…

The Beermen can still fall to as low as No. 6 despite their victory against the Bolts. That is if Alaska, TNT, and Meralco win their last match. San Miguel owns a 1-2 record against the three other teams, automatically giving it an inferior quotient (0.9598 to be exact).

San Miguel also goes down to No. 5 in case of a three-way tie. The Beermen didn’t win against the Aces and the Tropang Giga this conference, and even though they won by five points against Meralco, that will be wiped out by the 15-point loss to TNT when the quotient is computed.

Still, even without a twice-to-beat advantage, everyone in the PBA knows that San Miguel, with its caliber and an explosive former NBA campaigner import, can wipe that out in no time.