COLUMN: PBA 'rich' teams spare no expense to get the best imports

CHICAGO - Just like any other conference, the PBA's upcoming reinforced edition provides a built-in advantage for richer teams such as San Miguel and TNT.

Imports are like legal advice, you get what you pay for.

Meanwhile, the poorer teams, especially in these pandemic times when businesses are bleeding like Dracula's mouth, are stuck with a meager budget of as low as $15,000 a month. 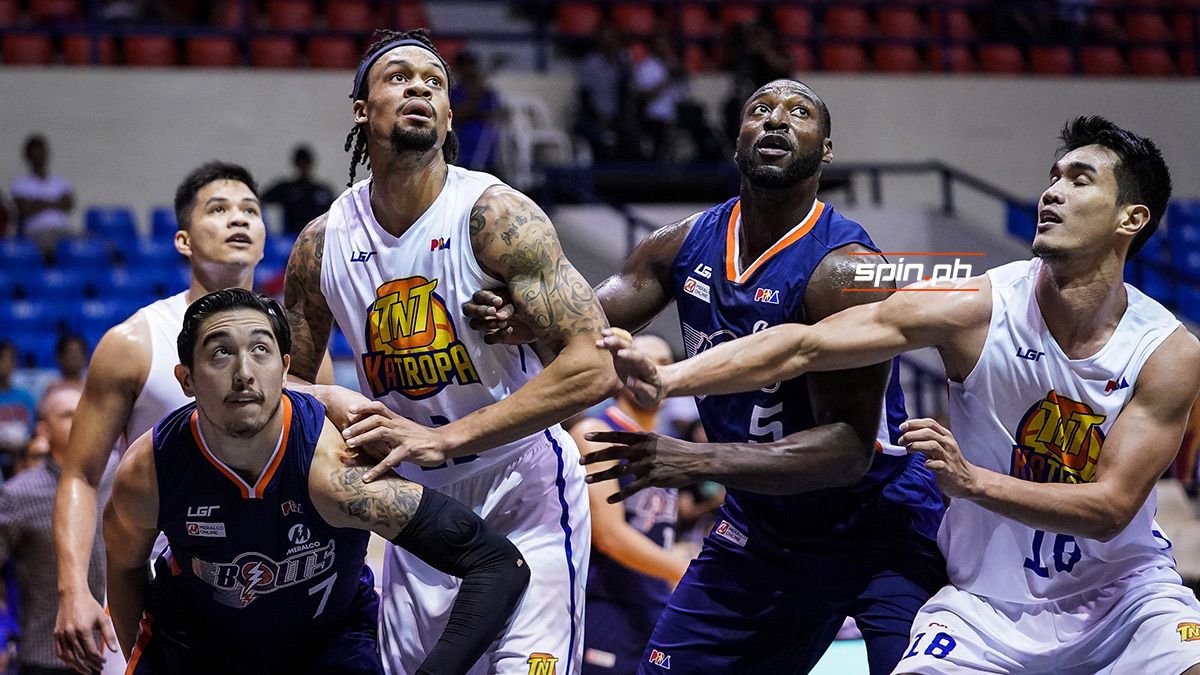 Look, I understand that imports can overperform their salaries but more often than not, a spanking new BMW will outrun your damn Toyota Camry.

Determined to keep another championship on their side, the MVP group re-purposed McDaniels' services to the NLEX Road Warriors while giving the Meralco Bolts a chance at another playoffs run by green-lighting the hiring of Shabazz Muhammad, who has a stout NBA pedigree.

Nobody outspends Alfranchis Chua. Very few people have a thicker checkbook than him and one of them is King Abdullah of Saudi Arabia.

This leaves the financially-challenged teams to somehow hit the jackpot with no more than $20,000 a month in their bankroll.

While the SMC and MVP groups are touting NBA-caliber imports, Northport outbid Blackwater for the services of one Cameron Forte.

The Bossing then settled for Jaylen Bond, no relation to James and no confirmation either if he can wiggle out of tight spots and beat insurmountable odds.

The Reinforced conference allows unlimited changes in imports up until the finals, I am told, and this adds another layer of advantage to teams that have the financial wherewithal to just drop an under-performing asset, eat the losses, and get a new one.

The second-class teams won't have such luxury and will be stuck with whoever they got.

So, yeah, expect this conference to be another tight race involving the usual suspects - Ginebra, San Miguel and TNT, with Meralco as a wildcard because Shabazz Muhammad is a force of nature.

In other words, this game of musical chairs among imports will play a familiar tune.

FREE THROW WOES. In the first eight games of the 2017-18 NBA season when he won the MVP award, James Harden went to the free throw line 56 times.

At that time, when defenders breath at Harden, the whistle blows.

Not this season, where free throws are actually earned and not just given free through calls made in favor of non-basketball moves.

Which explains why through eight games thus far, James, now a member of the Brooklyn Nets, has taken only 38 free throws.

Naturally, Harden's scoring average has shrunk like over-washed underwear. Down from 30.4 points per during that MVP season to 18.3 points per this season.

I love this change the NBA adopted to speed up the game while still allowing the "freedom of movement" for offensive players. They just can't bump into defenders anymore and draw the whistle.

But hey, 18.3 points is a lot of moolah considering he is playing alongside Kevin Durant. But one thing's for sure, Harden ain't winning an MVP plum this season.