RIVALS on different teams, many players have turned into allies when it comes to their choice of who to vote for in the coming presidential elections.

And if a survey would be made among Filipino athletes, Rodrigo Duterte definitely enjoys home court advantage.

One of the most vocal supporters of the Davao mayor is Star and Gilas Pilipinas center Marc Pingris. ‘Ping’ was one of the earliest personalities to throw his lot with Duterte, despite being married to the Sotto celebrity family which is known to support senator Grace Poe.

In his latest show of support, the big man stepped out of his car in traffic to cheer on the pro-Duterte crowd during Senator Antonio Trillanes’ visit to the Julia Vargas branch of a bank in connection with allegations that the presidential frontrunner had hidden bank accounts amounting to billions of pesos.

Just last Thursday, Rain or Shine duo Beau Belga and Raymond Almazan and Alaska's Calvin Abueva managed to sneak in an apparent endorsement of Duterte during the pre-finals press conference at the PBA Cafe.

Wearing Duterte baller bands, the trio clearly showed which side they're on. 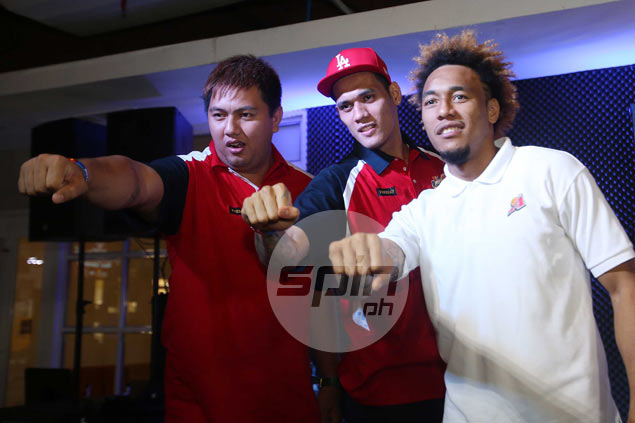 Ping’s Star teammate PJ Simon, who incidentally hails from Mindanao, also posted a photo on social media doing the ‘fist’ with Duterte himself.

PBA players are among the most vocal about their presidential preference on social media.

JayR Reyes, by the way, is the brother of Taguig mayor Lani Cayetano, the wife of Sen. Allan Cayetano, the vice presidential bet of the Duterte camp.

Several Alaska Aces players are also rooting for Duterte — the triumvirate of Calvin Abueva, Vic Manuel and Dondon Hontiveros have also been featured doing Duterte’s trademark fist bump with the man himself (‘The Beast’ and the ‘Cebuano Hotshot’ have also been seen wearing DU30 baller bands during PBA games).

Among the PBA greats, 'El Presidente' Mon Fernandez has also made it known who he wants to be the country's next president. And that's none other than Digong. 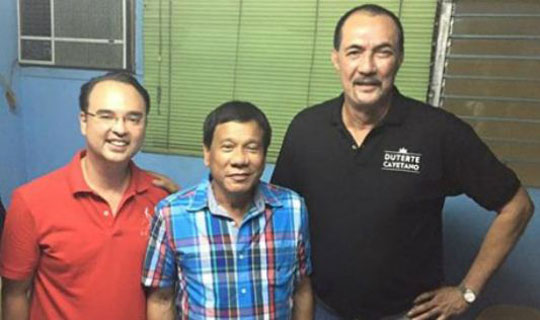 Hontiveros, one of the league’s most respected veterans, has been active in sharing on social media. After Duterte made a poorly received joke during a campaign rally regarding an Australian missionary who was raped and killed in a botched hostage rescue in Davao in 1989 that drew flak from the public and overseas, the Cebuano player stood by his man.

“I condemn his remarks, but the Man from Davao is still my President.”

'Daang Matuwid’s' Mar Roxas received early support from two-time PBA star James Yap, who was one of the first to (literally) jump on the administration bandwagon (as evidenced by this alley oop that was unfortunately followed by that oh-so-awkward attempt at a chest bump).

World bowling champ Paeng Nepomuceno is also in the Roxas camp. Several notable personalities in the running and multi-sport communities are also vocal supporters of Roxas such as triathlon coaches Andy Leuterio and Ani de Leon-Brown.

Vice President Jejomar Binay can count on Manny Pacquiao in his corner. The recently retired eight-division world champion and current senatorial bet even appeared in a recent TV ad and has stood side by side with Binay in motorcades and rallies, urging voters to choose the United Nationalist Alliance (UNA) bet.

The polls will be held on Monday, May 9. 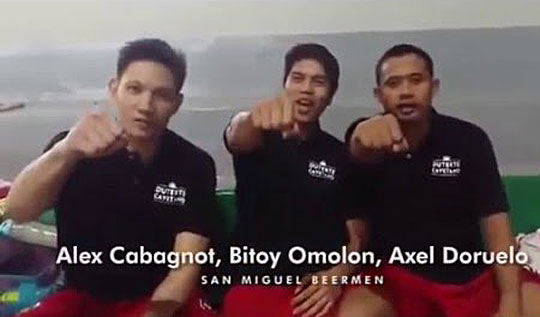