BOCAUE, Bulacan – This is the time of the season when players share the limelight with the so-called fairer sex.

Lovely muses of the 12 ballclubs once again made heads turn inside the Philippine Arena during the traditional parade of players that served as highlight of the colorful opening ceremony ushering the league’s 40th season on Sunday.

Fans had a grand time taking selfies and admiring the lovely beauties who paraded before a record crowd of 52,612 inside the newly-built playing venue - the biggest to watch a basketball game in the country.

Spin.ph had a chat with the gorgeous ladies, beginning with eternal beauties Alice Dixson and Sunshine Cruz who certainly were not left behind in terms of fan adulation.

Dixson, one of three Petron muses, was just too happy to be chosen again as part of the PBA opener.

Cruz on the other hand, doesn’t look like a mother of three as she wore an elegant black dress as muse of expansion franchise Blackwater.

Sunshine recalled acting as muse for Welcoat in the defunct Philippine Basketball League some 15 or 16 years back. 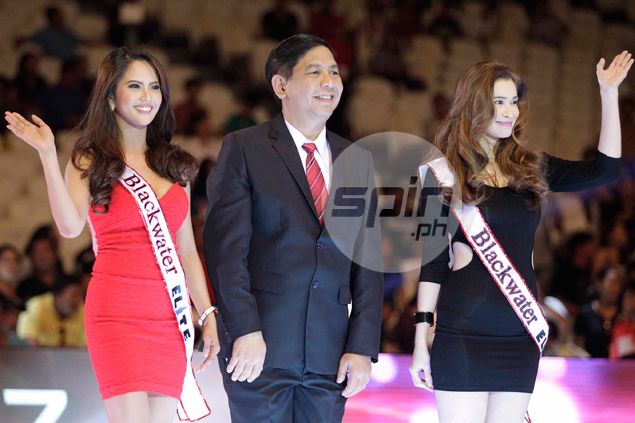 “Nakakatuwa for me to be chosen as one of the muses. Kasi ako ever since may stage fright ako, kanina nanginginig 'yung tuhod ko tinatakip ko na lang noong banner ng Blackwater,” she revealed.

“Nakakatuwa, it's really a fun experience,” she added.

For Jinkee Pacquiao, being muse of expansion franchise Kia Motors is just like being at ringside of husband Manny Pacquiao’s big fights. 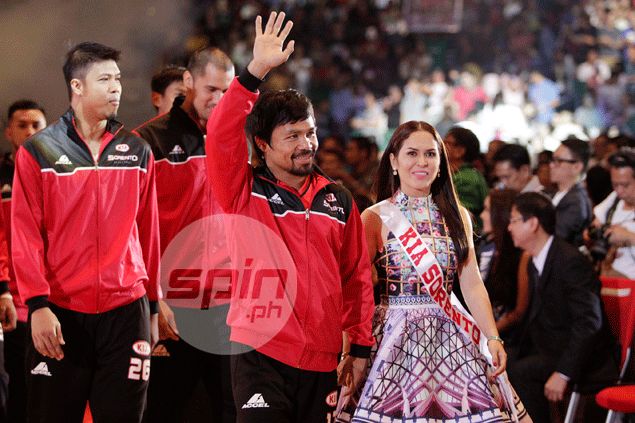 Adding excitement for the vice governor of Sarangani Province is the experience of acting as muse for the first time in an event of this magnitude.

Meanwhile, two volleyball superstars shed their playing jerseys for a day to be in their respective lovely dresses.

One of them is FHM Philippines’ October cover girl Rachel Anne Daquis of Philippine Army who represented GlobalPort.

Joining Daquis with the Batang Pier was Generika charmer Cha Cruz, who only had one wish in her role as PBA muse.

“It was an honor, it was a blessing for me na nag muse ako dito. My goal was not to trip. Kanina pag-upo ko muntik na ako bumagsak. First time ko mag muse,” said Cruz. 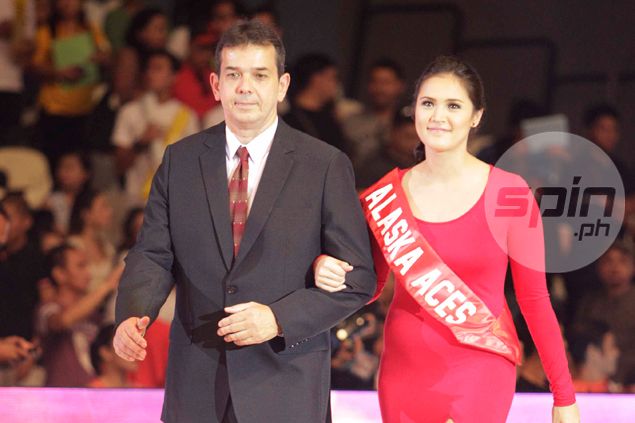 “It was fun representing Alaska kasi it's one of the teams that I supported even before I became their muse,” she said.

“The players were all friendly. Kinakausap naman nila ako so hindi lang ako nakatayo doon,” she added with a laugh.

Philippine Super Liga imports Alaina Bergsma and Erica Adachi also had a fun time as muses, which added to what has so far been a fun experience in the country.

Being a muse is nothing new for Bergsma, who is 2012 Miss Oregon, USA.

But for the 6-foot-3 Petron spiker, it's an honor to be part of the league’s opening ceremonies along with other beautiful ladies.

“I felt good and honored to be invited,” she said. “There are so many beautiful girls and I'm really happy to be part of this event.”

Another Petron reinforcement, Adachi, was just setting up plays in the Philippine Super Liga on Saturday, but on Sunday she was all prim and proper.

“It's a different experience that I've never done before but it's a great experience. Yesterday I was just playing volleyball and now I'm here being a muse,” she said.

The league's most popular team Barangay Ginebra chose the sexy Ellen Adarna, who was grateful for the opportunity presented to her.

“It was fun because it's my first time. It's great. I'm just grateful to be chosen as their muse,” she said. 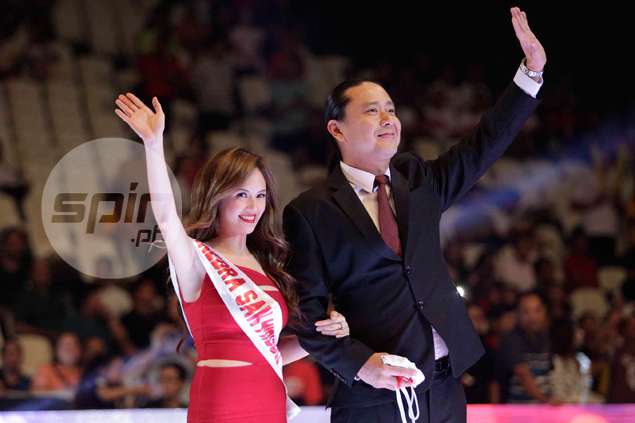 Miss World Megan Young of Talk N Text begged off from an interview, saying questions thrown to her need to be screened beforehand.