FORMER PBA Most Valuable Player winners will be shoo-ins for places on the list of 40 Greatest Players who will be honored by the pro league to mark its 40th anniversary in April.

Willie Marcial, the PBA’s media bureau chief, made the announcement on Monday after a nine-man selection committee headed by cage legends Robert Jaworski and Freddie Webb started deliberations on the 15 players who will join the original members of the league's 25 Greatest Players.

The 40 Greatest PBA players list marks the first time the pro league will be coming out with such an honor since feting the top 25 players of its first 25 years back in 2000.

If former MVPs become automatic selections for the list, the 11 players who have won the league's highest individual honor - headed by two-time winners James Yap, Danny Ildefonso and Willie Miller - will fill up all but four of the 15 open slots outside the 25 Greatest. 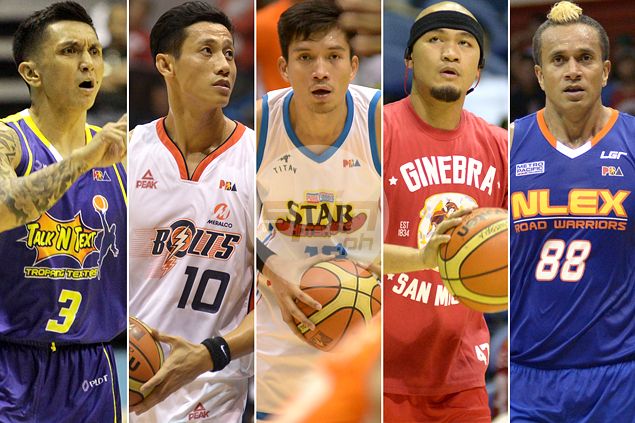 However, Marcial said PBA greats who failed to win a single MVP award will still be considered for the honor, including those who were snubbed when the '25 Greatest' list was drawn up.

Although Marcial declined to name these PBA legends, former stars like Olsen Racela, Jeffrey Cariaso, Marlou Aquino, Dennis Espino, Bong Hawkins, Danny Seigle and Nelson Asaytono could possibly be given a second look after being bypassed in the original '25 Greatest' selection.