THE PBA Governors Cup won't take a break even in the midst of next month's FIBA Asia Cup and the Southeast Asian Games.

The league on Monday finally released its full schedule for the season-ending meet which showed games will still be played while the two international meets are ongoing in August.

The Fiba Asia Cup, where key PBA players led by June Mar Fajardo and Jason Castro are expected to be named as part of the Gilas Pilipinas team, is set August 8 to 20 in Beirut, Lebanon.

The SEA Games featuring cadet players and a sprinkling of amateur standouts, is slated from August 19 to 30 in the Malaysian capital of Kuala Lumpur.

Curiously, Phoenix, Globalport, and Rain or Shine are three of the teams whose campaigns will be affected during the FIBA Asia Cup campaign.

The three teams have two games each during that stretch. With the national team expected to depart for Beirut ahead of the Aug. 8 opener, the Elasto Painters and Batang Pier will actually play a total of three games for the duration of the biennial meet featuring the best teams in Asia.

Rain or Shine plays Blackwater on August 6, KIA Picanto on the 13th, and TnT Katropa on the 20th. Golbalport on the other hand, takes Meralco on the 6th, NLEX (13th), and KIA (20th).

Phoenix, which currently shares the lead with Meralco and NLEX with similar 2-0 cards, battles Blackwater on the 11th and Meralco on the 18th.

Globalport has top gunner Terrence Romeo in the Gilas pool, Raymond Almazan and Gabe Norwood for Rain or Shine, and Matthew Wright for Phoenix.

Incidentally, grand slam seeking San Miguel, Barangay Ginebra, Star, and Alaska were spared from having games during the duration of the FIBA Asia Cup.

Fajardo is the Beermen’s veteran member in the national pool, Japeth Aguilar for Ginebra, Allein Maliksi for Star, and Calvin Abueva for Alaska. 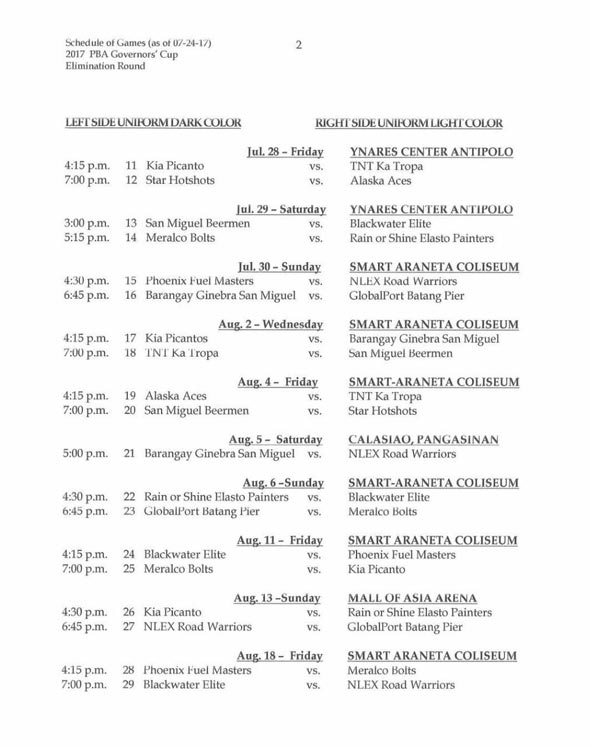 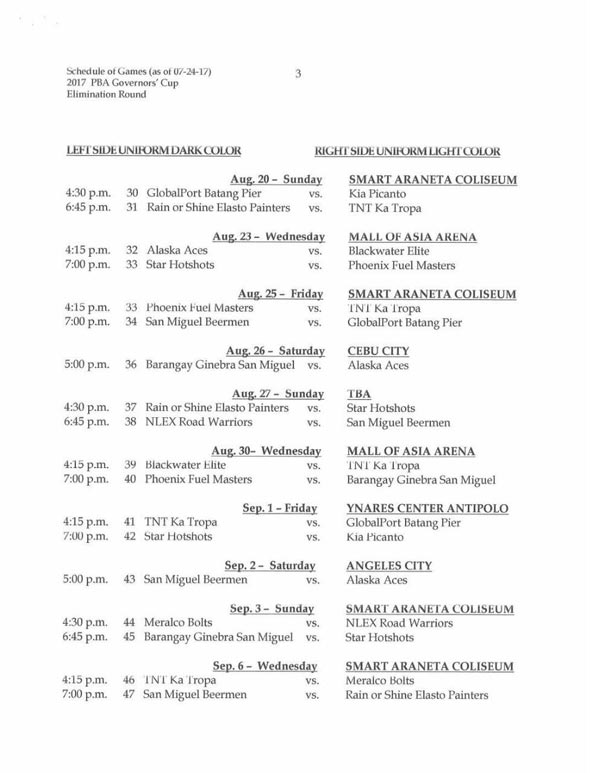