TO mark its 45th season, the PBA recognized the contributions of individuals who had a hand in the success of the league for more than four decades.

Plaques of appreciation were handed to the quartet by Commissioner Willie Marcial in the presence of the league board headed by chairman Ricky Vargas.

Hanopol was honored with the Best Bida Team Staff for having worked around the league especially with the SMC franchise. Hanopol began working in the league during its inception in 1975, but has long been associated with the Beermen, who he still serves until now as one of the team’s senior staff. 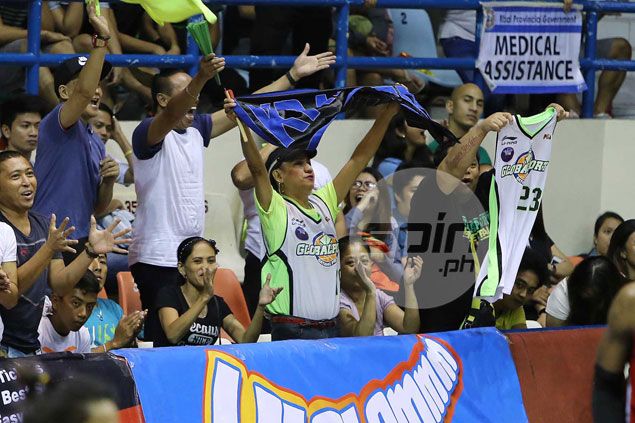 Mesias meanwhile, was named Outstanding Employee awardee of the PBA.

Currently the head of the PBA ticketing office, Mesias is the longest-serving employee of the league, having worked for all 10 commissioners from the time of the late founding chief Leo Prieto all the way to Marcial.

‘Sharon’ began supporting the PBA in the early 90s as an avid supporter of the great Allan Caidic, and later on, of Vergel Meneses and Jun Limpot.

The self-proclaimed ‘PBA Mega-fan’ took to social media to express his gratitude to the players – past and present – and teams which appreciate the support he’s been extending to them for almost three decades now.

“Big thank you so much PBA and thank you commissioner Willie Marcial for this award on my 29th year as a PBA fan,” he said.

Villanueva is one of the oldest PBA fans at 80 years old. She has been religiously watching the games since 1980 as a No. 1 supporter of basketball’s ‘Living Legend’ Robert Jaworski Sr.

As gratitude for their loyalty to the league, Marcial has allotted them lifetime privilege of two tickets each every game day in venues around Metro Manila.