NORTHPORT came roaring back from eight points down with a late binge to beat Blackwater, 87-83, on Wednesday in the PBA Commissioner’s Cup at the Smart-Araneta Coliseum.

NorthPort improved to 3-2 as it bounced back from its loss to TNT last Saturday, while sending Blackwater to a 2-3 mark. 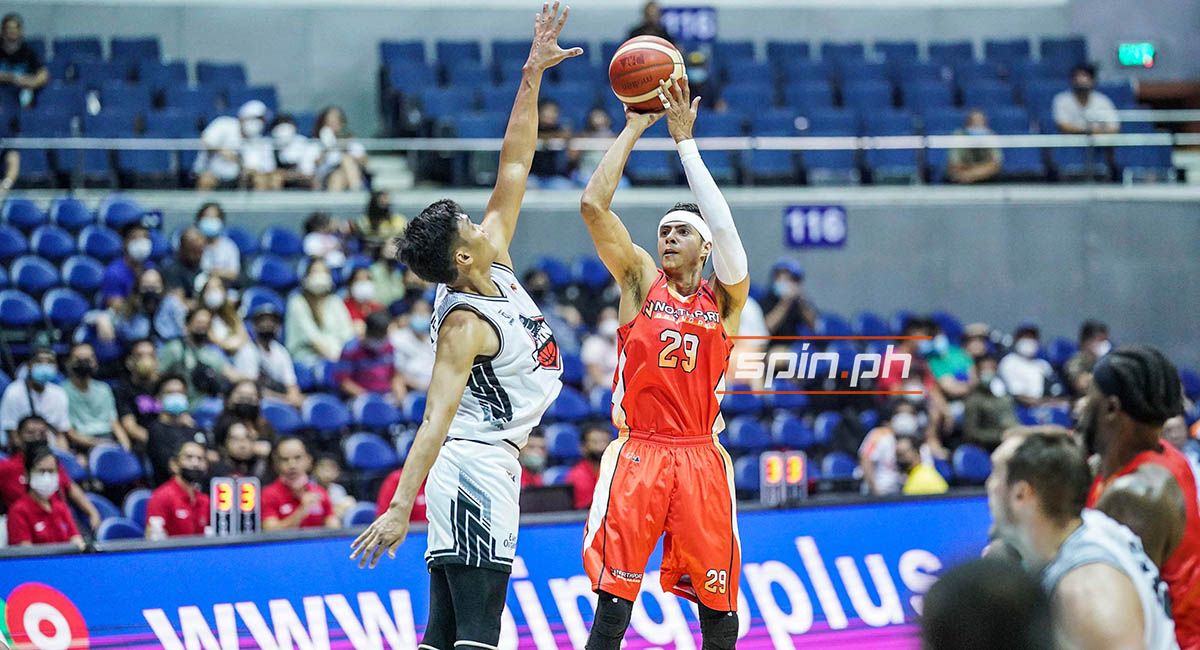 Ibeh, Tolentino, and Santos combined for 19 of NorthPort’s 23 fourth-quarter points. Tolentino accounted for 10 of these, including a three that closed the gap to 79-78.

Santos and Tolentino scored back-to-back hits and Santos nailed the jumper at the 1:01 mark for an 84-81 lead which the Batang Pier protected.

In all, the Batang Pier finished the game on a 21-9 blast after trailing by eight in the fourth quarter.

NorthPort coach Pido Jarencio was actually unsatisfied with their play, saying they were lackadaisical on defense in the first half.

Cameron Krutwig had 28 points and 17 rebounds for Blackwater.