TNT moved one victory away from reclaiming the PBA Philippine Cup title after defeating San Miguel, 102-93, on Wednesday at the Smart-Araneta Coliseum.

Mikey Williams led a barrage of threes in the third quarter that enabled the Tropang Giga to pull ahead to a sizeable lead which they maintained behind some big shots from Kelly Williams and Poy Erram in the stretch run.

The Tropang Giga held to win Game Five despite missing Jayson Castro for a major part of the second half after he twisted his ankle during the third quarter.

[READ: Chot is 3-0 in PBA Finals vs Austria - and fans take notice]

Nevertheless, TNT, enjoying a 3-2 lead in the best-of-seven series, can win its second straight Philippine Cup crown with a victory in Game Six on Friday at the Smart-Araneta Coliseum.

Kelly Williams led the way for the Tropang Giga with a conference-high 21 points on 4-of-6 shooting from three-point land, which he did while defending June Mar Fajardo for majority of the game.

Erram also had 17 points and seven rebounds for TNT, which made 13 of its 38 threes in the match.

“Our team is built on that,” said TNT coach Chot Reyes, referring to their three-point shooting. “We put a lot of work and effort in our outside shooting which is a function of our spacing and ball movement. 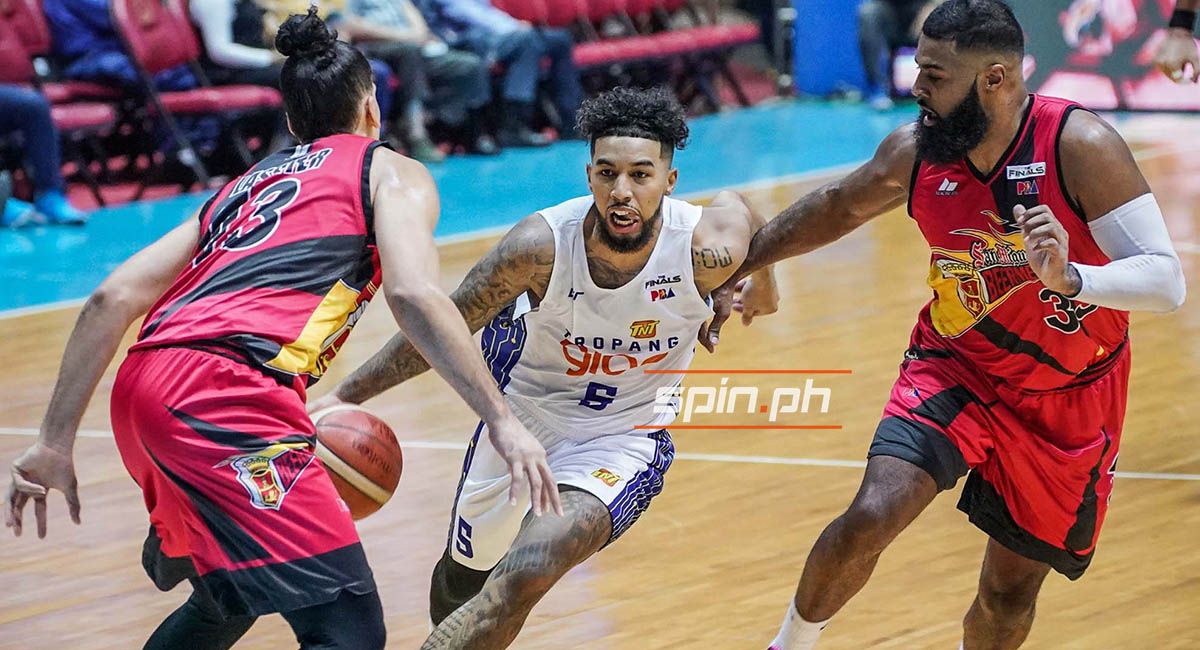 "We take what the defense gives us. San Miguel does a good job clogging the lanes, taking away our penetration and inside game. For us to solve it, we have to hit from the outside.”

The Williamses nailed back-to-back threes, followed by Kib Montalbo's own trey that put TNT ahead, 82-74, late in the third. Troy Rosario's lay-up to start the fourth gave the Tropang GIGA got an 11-point lead, 86-75, the largest by either side in the game.

San Miguel got within four, but Erram scored on a slam, and Kelly Williams nailed the last of his four three-pointers at the final 1:06-mark to end the SMB threat, 100-91. 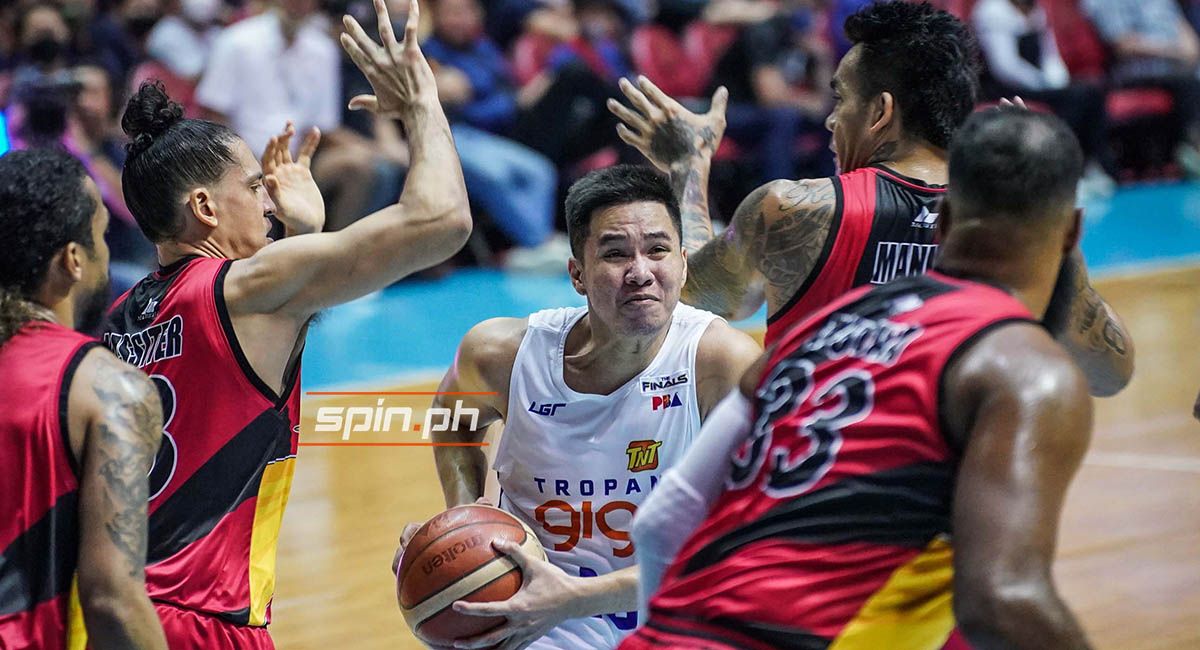 Castro rolled his ankle after stepping on the foot of Marcio Lassiter while issuing a pass at the 7:29 mark of the third. Castro still took his free throws after Lassiter was called for a flagrant foul 1 before being substituted, never to return.

Fajardo tallied 20 points and 16 rebounds while Jericho Cruz had 16 points for the Beermen, which will look to force a Game Seven on Friday.