CJ Perez scored 23 points for the Beermen while Vic Manuel stepped up on a night when June Mar Fajardo didn’t get his usual touches, finishing with 20 points for his best offensive effort in the playoffs with his new team. 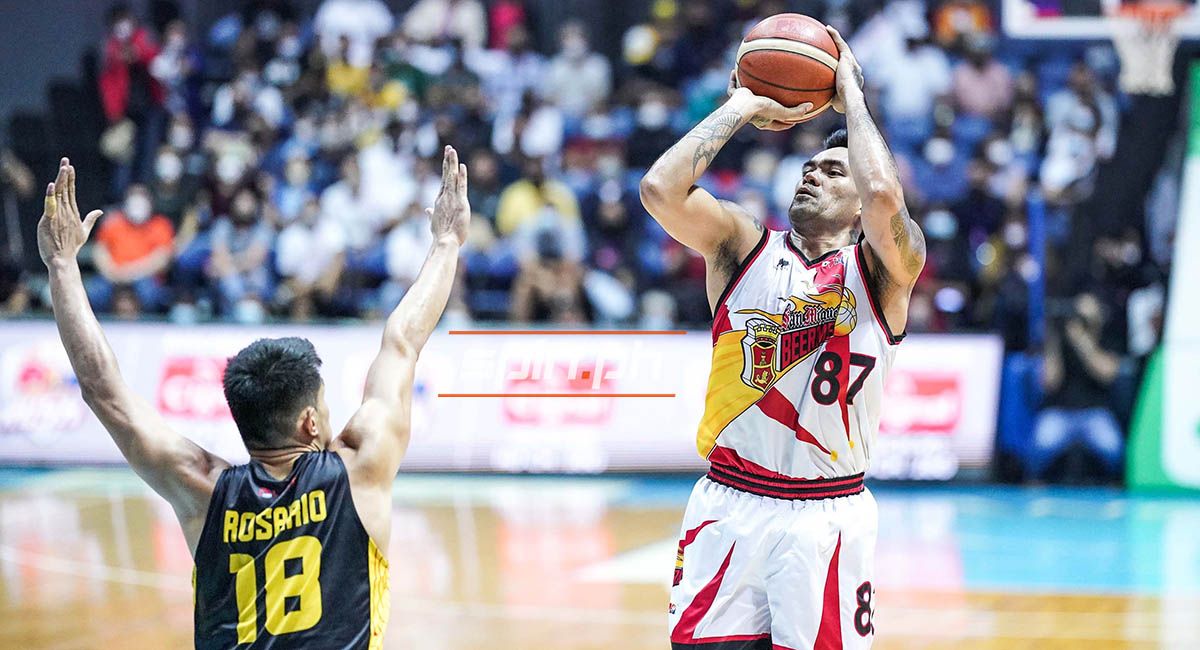 San Miguel evened the series, 1-1, in the absence of TNT coach Chot Reyes due to his Gilas Pilipinas commitment. SMB's defense also held Mikey Williams to only seven points after he figured in an injury scare early in the contest.

The Beermen once again built a lead as high as 15, but in contrast to Game One, they were able to protect it until the final buzzer.

Six players scored in double figures for San Miguel with Marcio Lassiter also scoring 19 points including nine in the fourth quarter. Fajardo added 13 points on 5-of-6 from the field. Chris Ross also had a big night as the facilitator, dishing out 10 assists.

Manuel hit a pair of baskets in a 9-0 blast to start the fourth that enabled San Miguel to grab a 91-79 lead. Back-to-back hits by Manuel got San Miguel to 107-92, the biggest lead of the game.

Roger Pogoy had 28 points, two more than his output in Game One. Jayson Castro, the hero of the finals series opener with his buzzer-beater, added 15 points.

A cause of concern though is the health situation of Williams, who was in pain in the 7:31-mark of the first period after Simon Enciso landed on his left knee in a collisison. He struggled offensively as he only made 3 of his 10 shots.