CHICAGO - In the case of Kiefer Ravena and his desire to play for the Japan B.League, the PBA board has spoken.

No drum roll needed here, a clown's horn will do.

The decision, announced by PBA chairman Ricky Vargas, was anchored on a musty, well-worn excuse that "rules are rules."

It was lazy, convenient. It lacked imagination and appeared disjointed when viewed in the prism of globalization in basketball. It was also hypocritical considering how the Filipino citizenship of Ange Kouame was expedited to boost our national team. 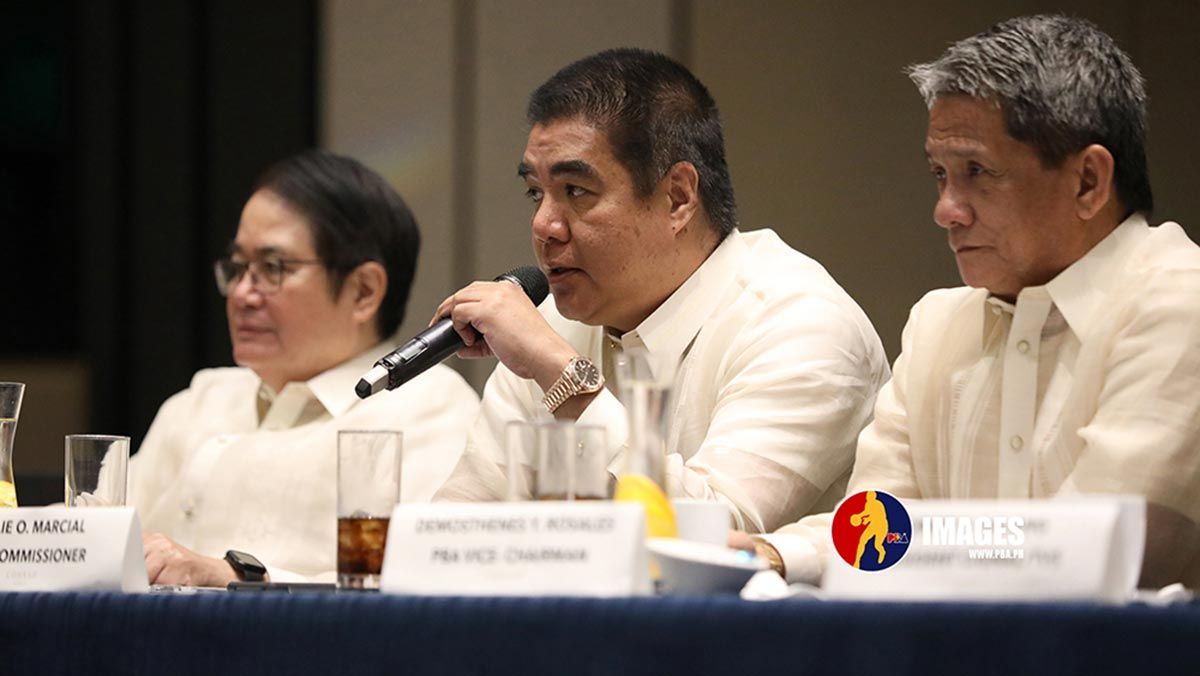 I spoke to Vargas on the phone weeks ago. He seems like a decent man, endearingly paternal and bleeding with good intentions. This verdict doesn't sound like him.

So who voted yea or nay and can that be made public?

I am keenly interested to know who among the board members decided to set their clocks back a hundred years.

Look, I'm not advocating for laws to be broken, but bend it a little for god's sake. Nobody is getting hurt, this isn't bloody murder. Being too bookish makes us all nerds who almost always never dates the prom queen.

The law is black and white, yes, but this is a case where the PBA needs to marshal all its wise men to find the gray area and explore a world where "practical" exists.

Where the hell is that Study Group when we need it?

It's no secret that I am fond of the Ravenas. Thirdy, Kiefer, and the love of his life, Alyssa, are the holy trinity of celebrity-athletes in our country and I feel fortunate that each time I text them my iPhone pings back right away.

BUT THIS ISN'T ABOUT PERSONAL BIAS. THIS IS ABOUT COMPASSION, COMMON SENSE.

The jaywalking ordinance, for instance, was birthed to prevent accidents in our thoroughfares where cars collide with pedestrians. But what if it's 3 a.m., raining hard, and the streets are desolate, would you allow the person to cross that street or would you still insist for him or her to get drenched?

In coldly denying Ravena's bid, Vargas cited the value of respecting the "sanctity of a contract."

That, to me, is a poor attempt at humor.

Isn't this the same league that showed no mercy on the "sanctity" of Calvin Abueva's right to earn a livelihood when they suspended the mercurial forward from January 2019 to October 2020?

Kiefer's hijacked flight to Japan, where he can frolic with his younger sibling and make a wonderful life, sets a "bad precedent," added the PBA.

No sir, it does not.

Allowing Kiefer to join the Shiga Lakestars sets a great example that the PBA provides a free-flowing bridge that allows our homegrown talents to spread their wings overseas.

Instead of acting like a freckled, pimpled, insecure teenager with low self-esteem, the PBA must institute measures to make its league stronger, more competitive, with higher pay, and with rules that don't favor certain factions.

Do that and no one would want to leave in the first place.

But no, the PBA insists that Kiefer should stay after studying "all the angles."

Was a buyout considered?

Were the sentiments of NLEX, which blessed Kiefer's ambitions, put into account?

Was levying a hefty fine discussed to deter future actions where a contracted player might have the nerve to follow his dreams and advance his career?

I was born and raised a Catholic and I'd like to believe that despite a quick temper, my manners are gentle.

But sorry, I only see two angles in this PBA decision.