THE first of three batches of the PBA delegation already arrived at the Clark bubble with five days to go before the highly anticipated season restart of the Philippine Cup.

The 28-man delegation which arrived Tuesday afternoon was headed by Deputy Commissioner Eric Castro, officiating chief Bong Pascual along with the 16 referees who will work the total of 66 games to be played in the first month of the All-Filipino conference at the Angeles University Foundation.

The second batch consists of 14 personnel meanwhile and leaves for Pampanga on Wednesday, before the final group of Commissioner Willie Marcial enters the bubble by Friday.

The season officially kicks off on Sunday with a doubleheader featuring TnT Tropang Giga against Alaska in the 4 p.m. curtain raiser, followed by the Barangay Ginebra-NLEX showdown in the main game at 6:45 p.m.

Like the rest of the 12 teams that went ahead in the bubble last week, the PBA contingent will likewise observe health protocols prior to checking in at the Quest Hotel.

"Same thing with us. There will also be a two-day hotel quarantine (after undergoing swab test). Once we get our negative results, laya na po kami,” said Castro in the weekly Philippine Sportswriters Association (PSA) webcast on Tuesday. 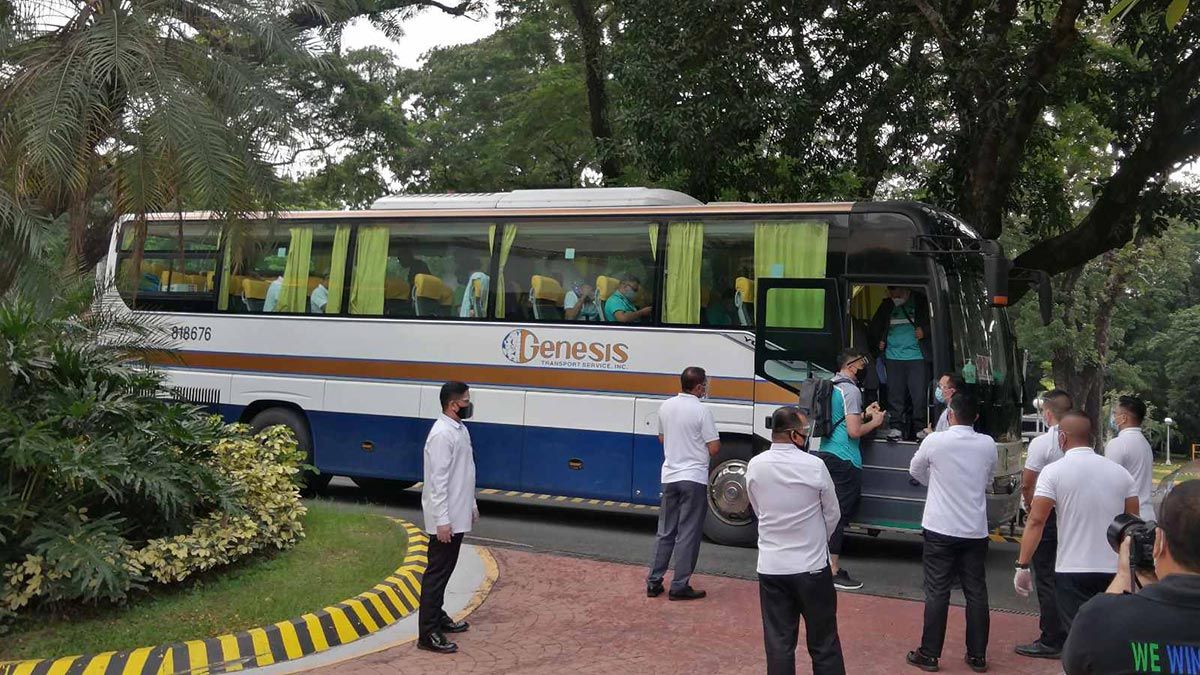 During the same session, the league deputy commissioner disclosed each ballclub are assured of playing at least three outings a week since games will be played on a daily basis.

But definitely, no team is going to play on back-to-back schedules.

“We have scheduled games more or less, every other day. So there are no back-to-back games for all the teams,” Castro added. “That’s what we’re trying to avoid. May laro ka ng Monday, so probably you’re next game will be either Wednesday or Thursday.”
___