CLARK FREEPORT - The PBA bubble yielded its first positive case of COVID-19 following the latest round of swab testing conducted during the week.

Commissioner Willie Marcial confirmed a referee tested positive and is now considered a 'probable case,' otherwise previously referred to as 'person under investigation.'

League officials said the referee is asymptomatic and has already been taken out of the bubble. He is set to undergo a second swab test at a quarantine facility in Capas, Tarlac.

It was the fourth test taken by the official, including two inside the bubble. The three previous tests yielded negative results.

The positive case came after results of all swab testing conducted on the 12 teams consisting of a 25-man personnel were all negative.

"Rest assured that the safety and security of all is our paramount concern," said the league in a statement.

"Routine disinfection, wearing of masks, face shields and social physical distancing are strictly being implemented as well as an effective contact tracing procedure is in place to maintain the safety and integrity of the bubble." 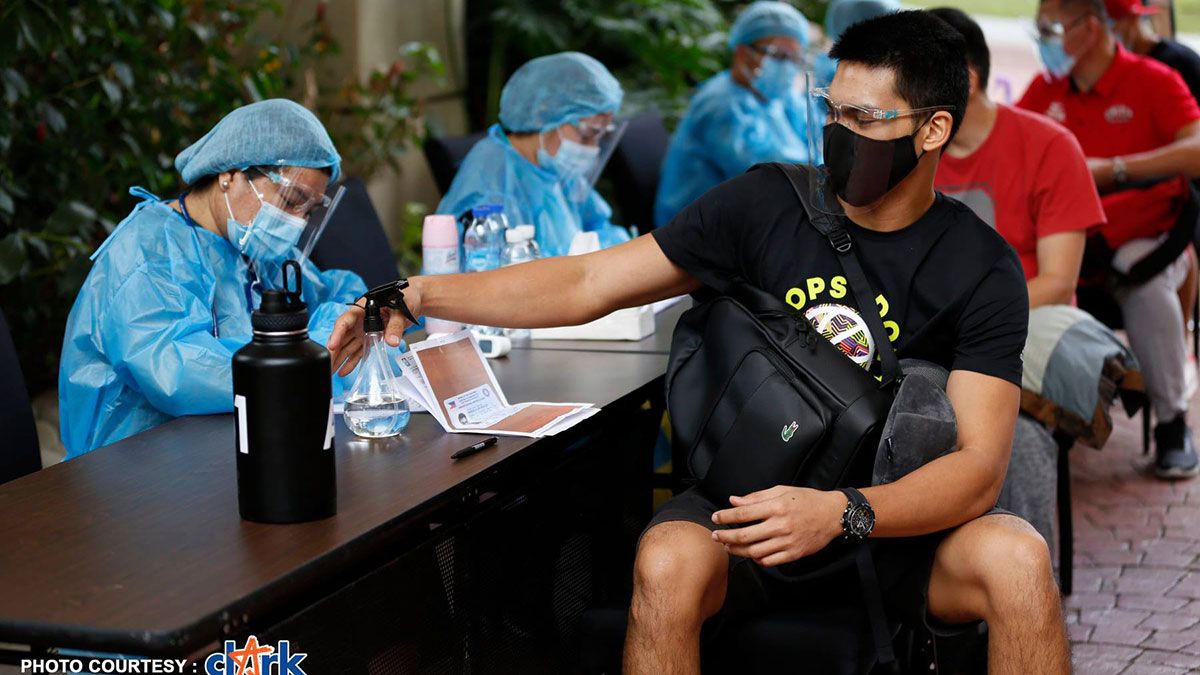 After the teams were tested, the referees and some league officials took swab testing procedures last Monday, while the rest of the PBA staff including players who came in late, are still scheduled to be tested.

League officials hope it's only a case of 'false positive' although strict precautions and monitoring are still being observed inside the bubble.

In the same statement, the league said strict protocol is in place and it has not been breached, with all the risks being evaluated by the league medical team, Clark Development Corporation (CDC), and the Department of Health.

Teams and pesonnel have been advised to have limited movements except for those going to scheduled practices. All activities within the bubble (swimming, jogging, and work out in the gym) were temporarily suspended to give way to sanitation.

Games will likewise proceed two weeks since the restart of the Philippine Cup, with even stricter measures to be observed inside the Smart 5G-powered Angeles University Foundation gym.