JOSEPH Eriobu delivered the goods for Purefoods as it captured Leg 6 of the PBA 3x3 Third Conference on Sunday at Robinsons Place Manila in Ermita.

See If Kai Sotto can't get drafted in the NBA, who can?

Eriobu's hot streak early allowed Purefoods to seize control with an 8-2 lead that stretched to a 13-5 spread within the final five minutes.

TNT mounted a late rally behind Almond Vosotros, getting to within four, 16-12, but Jun Bonsubre and Marvin Hayes made timely hits before Eriobu's booming deuce in the final minute to seal the game shut at 20-14. 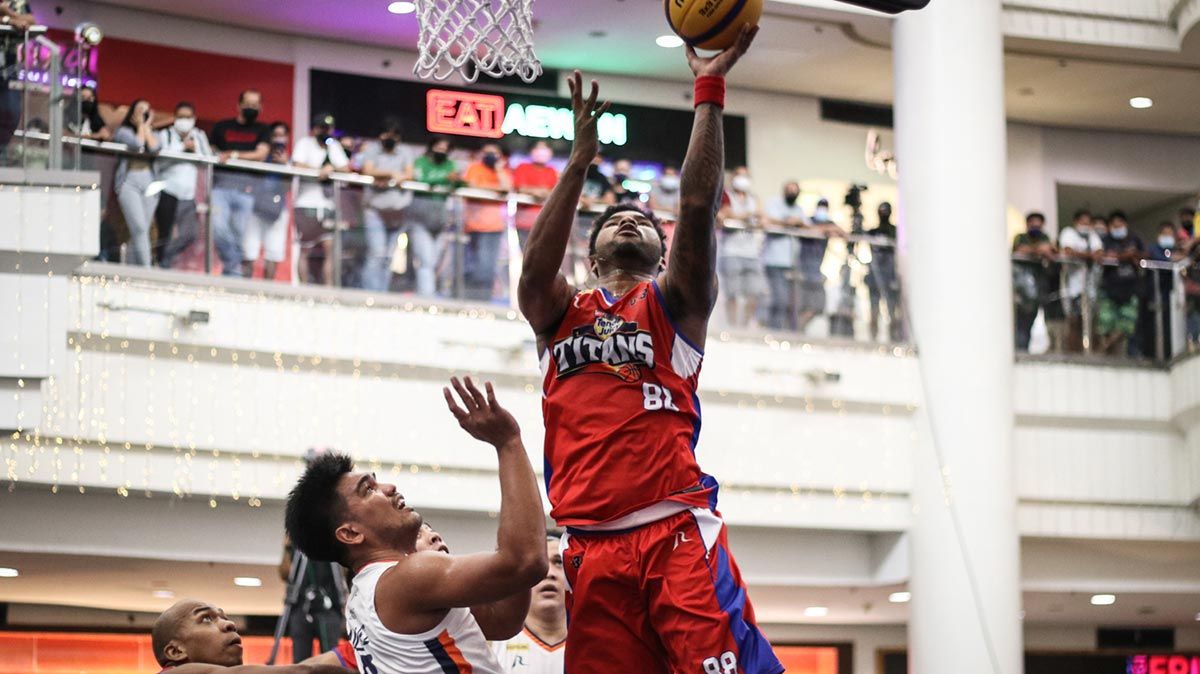 Jed Mendoza added four, Bonsubre scored three, and Hayes had two to come away with the P100,000 cash prize.

Vosotros paced TNT with 11 points as his side suffered back-to-back runner-up finishes.

The Tropang Giga will still head to the Grand Finals next week as the top seed.

Meanwhile, Meralco Bolts 3x3 salvaged a bronze medal finish in this leg with an 18-17 thriller over Limitless Appmasters.

Dexter Maiquez drained a fallaway jumper with seven seconds to spare to break the 17-all deadlock and secure the Bolts' second podium finish in the conference.