SAN Miguel assistant coach Boycie Zamar will be heading to the Alonte Sports Arena in Binan, Laguna on Friday not as a scout for the Beermen, but as a proud father excited to witness his son reap the fruits of his hard work.

For six years after being picked – and then left unsigned – by Ginebra in the 2012 PBA Rookie Draft, Paul Zamar will finally make his pro league debut with Blackwater in the Commissioner's Cup, ironically in a game against the Gin Kings.

Friday's game will mark the culmination of a hard but memorable journey for the young Zamar, who toiled in smaller leagues both here and abroad for six long years, in the hope of one day catching the attention and interest of a PBA team.

And now that he finally made it, Boycie can only admire the determination and perseverance of a son who doggedly pursued his dream, even when his dad had asked him to give it up. 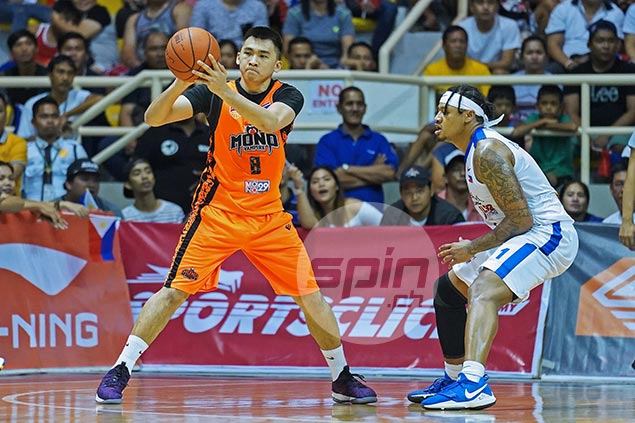 With Paul signed to a contract by Blackwater after an impressive stint with Mono Vampire of Thailand in the Asean Basketball League (ABL), Boycie joins a short list of current PBA coaches who have seen sons follow in their footsteps.

And while Zamar is filled with pride and joy, he is also the first to warn his son that there are no guarantees in the PBA.

The former University of the East coach said that he’ll continue to keep a watchful eye on his son, not as a fan but as a critic who’ll keep on pushing him to get better.

That was the case when he travelled with Paul every chance he got when the younger Zamar played for Mono Vampire and he said that it’s not gonna change in the PBA.

But whatever happens to Paul Zamar’s PBA career from hereon, Boycie hopes that his story of perseverance would serve as an inspiration to countless others whose dreams were dashed.

“Ang wish ko lang kay Paul, continue to be an inspiration sa mga youth, cause after six years, finally he made it.”