THE play was really meant for Paul Lee.

Lee found Magnolia’s final play broken up as the clock ticked away, yet somehow the ball found its way back into his hand for the game winner against Barangay Ginebra, 96-95, as Magnolia tied their PBA Commissioner’s Cup semifinal playoff at 1-1.

“The play was for Paul,” explained Chito Victolero a few minutes following the thrilling win at the Smart Araneta Coliseum on Friday, stressing Lee was the designated hitter as the Hotshots trailed by a basket in the final five seconds.

After receiving the inbound pass from Calvin Abueva, Lee began to make his move and tried to drive past Justin Brownlee. But as he made his way to the basket, Lee lost possession as Jamie Malonzo managed to tap the ball away.

Brownlee and Japeth Aguilar though, failed to pick up the loose ball, which found its way back to Lee, who had the presence of mind to bank it on off the outstretched arm of the Barangay Ginebra import to seal the win for the Hotshots. 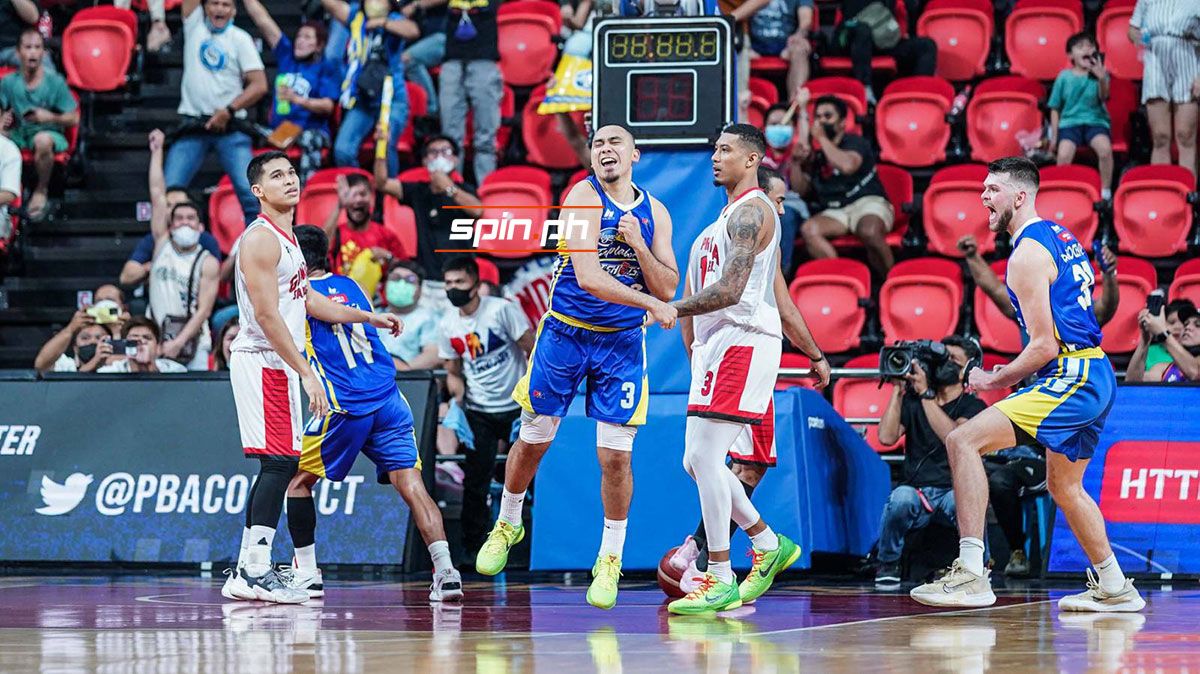 The 33-year-old Lee finished with a team high of 24 points while draining five-of-eight from beyond the arc to help the Hotshots level the best-of-five series at one-game apiece.

It was nothing short of a miracle play for the Hotshots, who were staring at a 0-2 deficit after Stanley Pringle drained a clutch three that put the Kings back on top, 95-94, before Lee came through with his last-second heroics.

“We know this is a pressure game for us, it’s a must-win for us. If we’re down 0-2 against Ginebra in the series, maybe it’s impossible because it’s hard to beat them for three consecutive games,” said Victolero.

Now the Hotshots lived to fight for another day as the semis duel against the Kings are now a virtual best-of-three series.