From Gilas rookie in 2014, Paul Lee ready to take on leadership role in young PH side

PAUL Lee hits the ground running as far as being a leader for Gilas Pilipinas is concerned as he rejoins the national pool after a two-year absence.

The Star playmaker has been included in the 24-man pool for Gilas 5.0, and with locker-room leaders Marc Pingris, Ranidel de Ocampo, and Gabe Norwood left out, Lee is one of those being groomed to step into a leadership role right away.

Only Jayson Castro, Japeth Aguilar, and Calvin Abueva are older in the current pool than Lee, who turns 28 on Valentines’ Day and who last played for the national team in the 2014 Fiba World Cup in Spain. 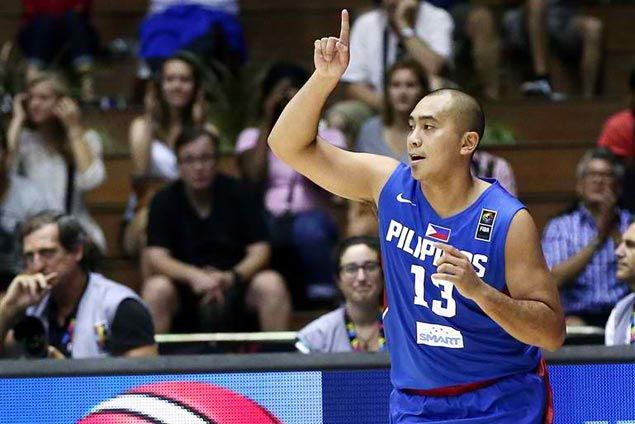 At least there are hardly any adjustments for him individually, having also been under Reyes in the World Cup in Spain.

The 2012 PBA Rookie of the Year was also chosen to be part of the pool under coach Tab Baldwin for last year’s Olympic Qualifying Tournament, but injuries forced him to beg off.

[See Grading the Gilas cadets: Which players have a shot at making Chot Reyes' final lineup?]

Now, the stocky six-foot combo guard makes a comeback and is expected to be among the leaders of a young team that will again rely on its quickness and outside shooting..

Whatever role he plays, Lee is simply thrilled to play for flag and country once again.