FANS of Paul Lee can now heave a sigh of relief.

An MRI scan on the hard-charging Rain or Shine guard ruled out an ACL injury or any tendon damage on his right knee, clearing him to return to action after at least a week of therapy.

Lee failed to finish his season debut with Rain or Shine on Tuesday night as he fell awkwardly on the floor after a collision with San Miguel Beermen guard Chris Ross as he was attempting a fastbreak play.

Rain or Shine team therapist JD Calinawan told Spin.ph that Lee was diagnosed with patellar tendinitis, a common effect of a hyperextended knee, but nothing more.

Calinawan bared that Lee still feels stinging pain on his knee but can walk and run well. 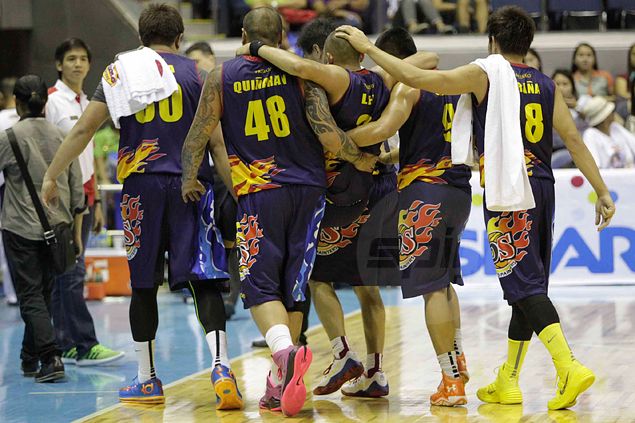 Lee has been told to undergo therapy for the next seven days before being cleared to return to action.

Calinawan expects Lee to miss Rain or Shine's game on Friday against newcomer Blackwater Elite, but he hopes the former UE Red Warrior guard can already return to team practice on Saturday.