Only 23 players had their jerseys retired by their PBA teams

TO this day, only 23 jersey numbers have been retired in the PBA.

The ceremony is such a rare occurrence in the Asia's first play-for-pay league that only six of the existing 12 clubs, and nine teams in the history of the PBA, have formally bestowed that honor to their players.

Allan Caidic was the first.

"The Triggerman," easily the best shooter to ever lace his sneakers in the PBA, had his No. 8 uniform retired by both San Miguel and Ginebra after he called it a career in 2000. 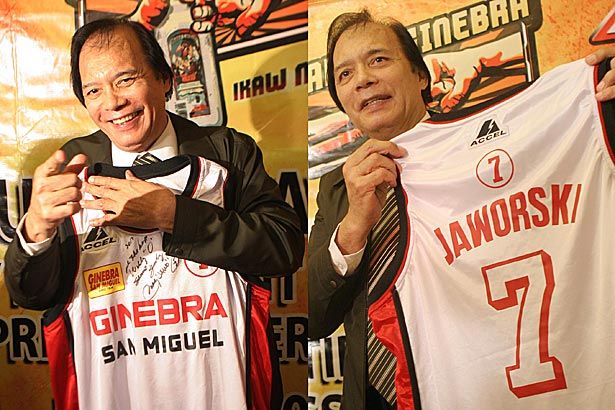 Curiously, the Pasig-born sniper out of University of the East won his only MVP award outside of those two franchises. That happened in 1990 when he was with Presto after leading the Tivolis to that season's All-Filipino Conference title.

He spent six years at San Miguel from 1993 to 1998 and won two championships with the Beermen. He then moved to Ginebra where he first served as a playing-coach, taking over from interim coach Rino Salazar, before lasting until his promotion to team manager in 2004.

When Caidic retired in 2000, he was only the third player to have been given the honor of having his jersey retired after Alaska did it with Bogs Adornado's No. 33 and San Miguel with Ramon Fernandez's 19.

Jeffrey Cariaso also had the honor of having his jersey No. 22 retired twice by both Alaska and Coca Cola. 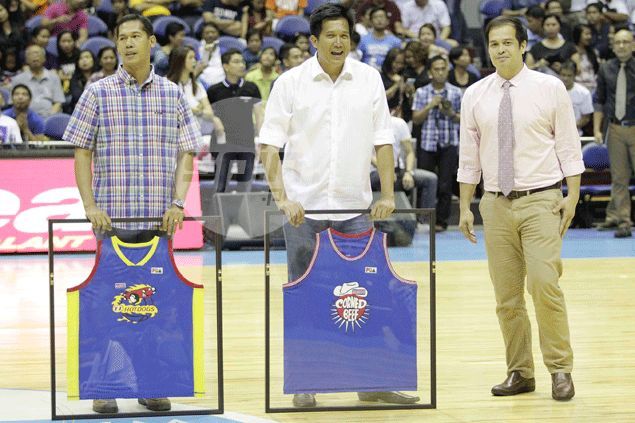 "The Jet" was the 1995 Rookie of the Year and was part of five championship teams with the franchise, including the 1996 grand slam-winning side.

He spent his first three years with the Milkmen before he was traded to Mobiline before returning in 2004, where he spent the rest of his career until 2010.

Cariaso was also part of two championship teams with Coca Cola, the 2002 All-Filipino and 2003 Reinforced Conference crowns in his two and-a-half season run there. Those remain as the lone titles won by the franchise before it was disbanded in 2012.

Alaska and San Miguel actually have the most jerseys retired with six apiece. 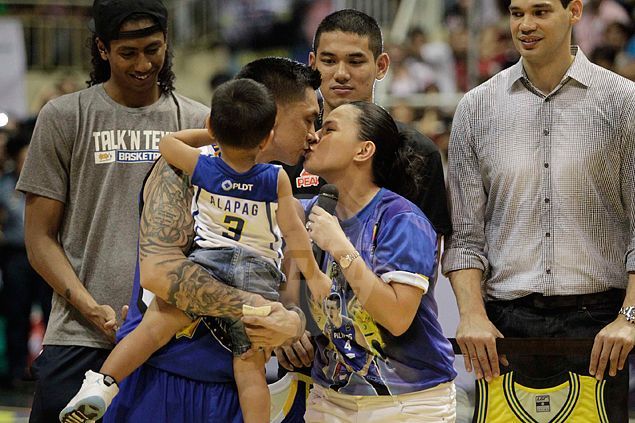 Alaska previously announced that it also intends to retire Sonny Thoss' jersey No. 7 upon his retirement this season.

It's worth mentioning, though, that those of Lim, Dignadice, and Calma are unofficially retired, with some players being allowed to use those jersey numbers.

The only time Ginebra did a jersey retirement outside of Caidic was in 2012, when Sonny Jaworski's iconic No. 7 was formally sent up the rafters.

Peter June Simon's No. 8 is also set to join those names once he hangs up his sneakers this season.

TNT famously retired the jersey No. 3 of Jimmy Alapag upon his first retirement in 2015 before the former Gilas Pilipinas captain returned for a brief stint with Meralco.

Blackwater also posthumously retired the No. 11 of Gilbert Bulawan, who collapsed during the team's practice and died due to a heart condition back in 2016.

Former PBA franchises have also done their jersey retirements in the past.

Benjie Paras, the league's only rookie MVP, had his jersey No. 14 retired by Shell after 13 years with the franchise. He, however, played one more season with San Miguel before retiring.

After Cariaso, the Coca Cola franchise, now named Powerade, also retired Kenneth Duremdes' No. 19 jersey in 2012. He spent only a year with the Tigers before he assumed the head-coaching role in 2008.

Air21 also retired the jersey No. 18 of Vergel Meneses in 2013 despite "The Aerial Voyager" only spending two years with the franchise. Curiously, the 1995 PBA MVP wore No. 8 in his time with the Express before he was traded prior to the 2004-2005 season.