JUST a few days ago, Terrence Romeo and Roger Pogoy engaged in a friendly one-on-one game after Gilas Pilipinas practice.

On Friday night, they went at each other in a game.

And just like the way it was before, Pogoy admitted finding it hard stopping a scoring machine in the mold of the deadly Globalport shooting guard.

“Nagamit din, nakatulong din naman,” he said of the one-on-one matches he had against Romeo at the Kerry Sports gym inside the Shangri-La Hotel at the Bonifacio Global City.

Romeo led the Batang Pier with 20 points, but Pogoy and the TnT Katropa Texters emerged victorious in their PBA Commissioner’s Cup game, 109-88, at the Smart Araneta Coliseum. 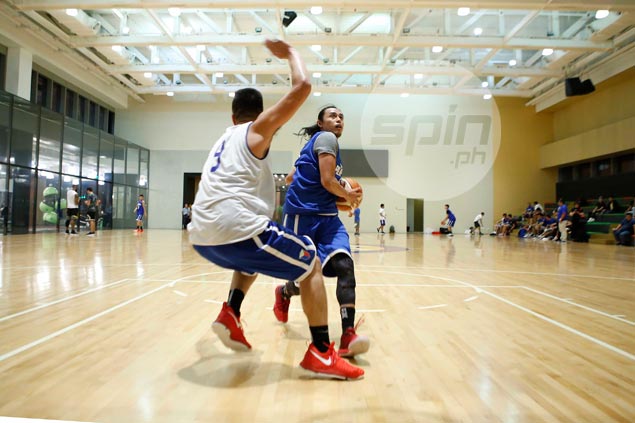 Even before the game, Pogoy had already been given the thankless job of taking on the prolific gunner on the defensive end. Having been told that, the rookie guard from Cebu lost no time in doing his homework.

“Ako yung naka-assign sa kanya, kaya parang preparation din,” he said of Romeo, who was a teammate at Far Eastern University in college for three years.

[See Greene, TNT too much for GlobalPort]

But statistics somehow showed Pogoy had relative success against Romeo after holding him to a woeful 8-of-20 shooting from the field, including 1-of-6 from three-point range.

Pogoy meanwhile, was a major contributor for the Texters with 10 points (5 of 11) and four rebounds.