Oftana relieved as late miscue erased by game-winner vs Meralco

CALVIN Oftana is on a roll and the rookie can’t thank enough coach Yeng Guiao and his NLEX teammates.

Oftana admitted getting his confidence buoyed that despite an early blunder, the Road Warriors still had complete trust in him to take the game-winning shot in the team’s PBA Philippine Cup quarterfinal game against Meralco on Wednesday.

The no. 3 pick in the last draft scored on a layup off a perfect inbound pass by Jericho Cruz in the final six seconds that helped the Road Warriors escaped with an 81-80 win and forced the second-seeded Bolts to a do-or-die game on Friday.

Oftana’s heroics came in the heels of his 34-point explosion the last time NLEX met Meralco in a 104-101 loss in which the former NCAA MVP tallied a new PBA record of eight three-pointers made by a rookie.

He didn’t have the same huge numbers this time as he finished with 12 points and nine rebounds, but good enough to steer his team to the all-important win. 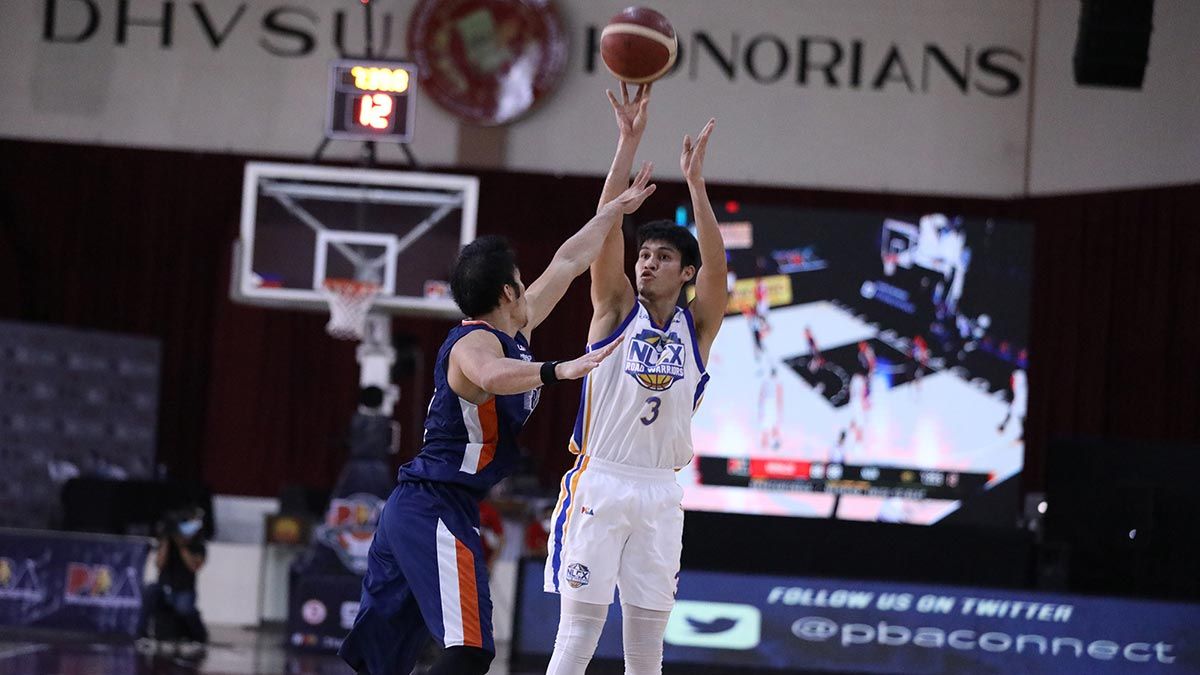 Oftana later admitted losing a bit of his composure with the game on the line.

“That time kasi nawala na ako sa focus dahil doon sa offensive rebound ni (Bong) Quinto,” he said of a crucial sequence with 11 seconds left where he was beaten for the rebound by the Meralco guard and the Bolts protecting an 80-79 lead.

The play forced the Road Warriors to foul Mac Belo and sent him to the free throw line in order to stop the game clock.

Guiao admitted that despite Oftana’s mental mistake, the final play was designed for him.

“It went exactly as we planned it,” said Guiao, but added, “of course, sometimes in happens, sometimes it doesn’t happen for you. But we’re really lucky that it happened this time.”

Oftana also gave credit to Cruz and the pick provided by veteran forward JR Quiñahan that allowed to him to be scot-free for the easy basket.