Arwind Santos' long, impressive career at SMB - by the numbers

ARWIND Santos' trade to NorthPort ended a 12-year career at San Miguel Beer where he established himseld as one of the best players of the league. We look at some of the numbers in relation to Santos’ momentous stay with the Beermen.

The number of games Santos played for San Miguel from 2009 to 2021, missing only 10 games in his entire Beermen career, according to PBA statistics chief Fidel Mangonon. For the sake of comparison, Olsen Racela is fourth all-time in games played with 925 in 18 seasons, 14 with San Miguel.

The number of points Santos scored in his PBA career with the Beermen for an average of 13.4 per contest, according to Mangonon. San Miguel lifer Samboy Lim scored 5,369 points for 335 games in his 10 seasons with the Beermen. 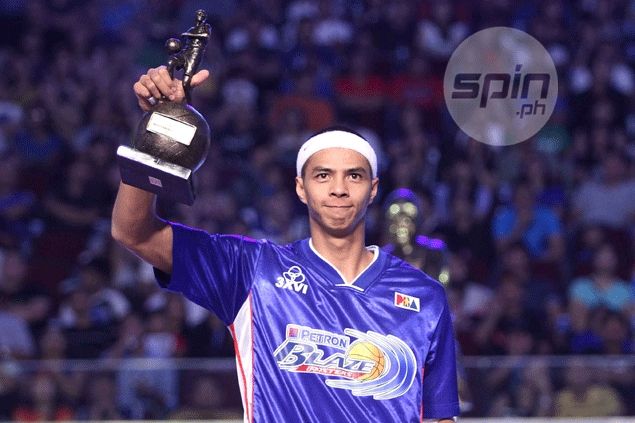 The fifth San Miguel player in history to win the MVP award, joining Abet Guidaben, Ramon Fernandez, Ato Agustin, and Danny Ildefonso (twice). The wiry forward did it during the 2012-2013 season.

The sixth player in SMB history to win the Best Player of the Conference when he did it in the 2011 Governors’ Cup, following Allan Caidic, Nelson Asaytono, Danny Seigle, Ildefonso, and Jay Washington.

Individual awards he won as an SMB player, ranging from MVP, BPC, Mythical First and Second Team, to the Defensive Player of the Year Santos. Aside from the MVP, he won two Finals MVPs, and two BPCs. Santos won Mythical First Team selection seven times including four straight, and the Mythical Second team once. He was also named to the All-Defensive Team four times and Defensive Player of the Year by the PBA Press Corps once during his time with the Beermen. Add the two All-Star MVPs to his name.

The number of days Santos was with San Miguel starting on July 28, 2009 when he was traded by Burger King to San Miguel for Marc Pingris, Ken Bono, and a draft pick. 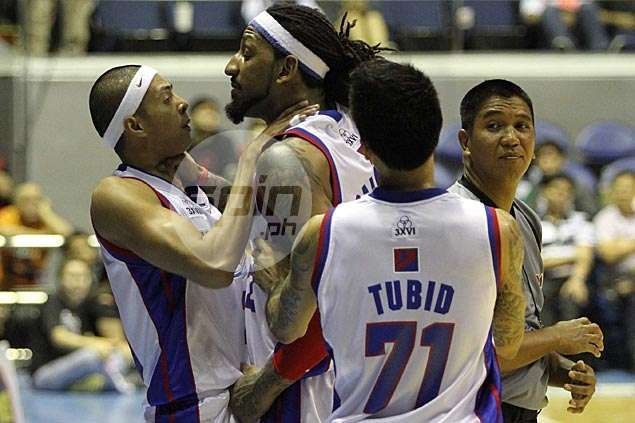 Days that Renaldo Balkman was banned from the PBA after he choked his teammate Santos during that infamous game last March 8, 2013 against Alaska. The lifetime ban was imposed by then-PBA commissioner Chito Salud on March 11, 2013 and the import was reinstated by former commissioner Chito Narvasa on March 27, 2018.

The fine slapped against Santos when he was caught doing a monkey gesture against TNT import Terrence Jones during the finals of the 2019 PBA Commissioner’s Cup.

The number of points and rebounds Santos made in their 85-73 Game 7 win in the 2011 Governors’ Cup championship series where Petron defeated TNT to stop the Texters’ bid for a grand slam. Santos was named Finals MVP.

The number of points Santos scored in Game 7 of the 80-78 win that completed the Beermen's comeback from 0-3 down - an event now immortalized as the ‘Beeracle.’ Santos was adjudged again as the Finals MVP.

The number of points he scored during the Game 5 clincher in the 91-85 win over Barangay Ginebra in the 2017 Philippine Cup Finals. 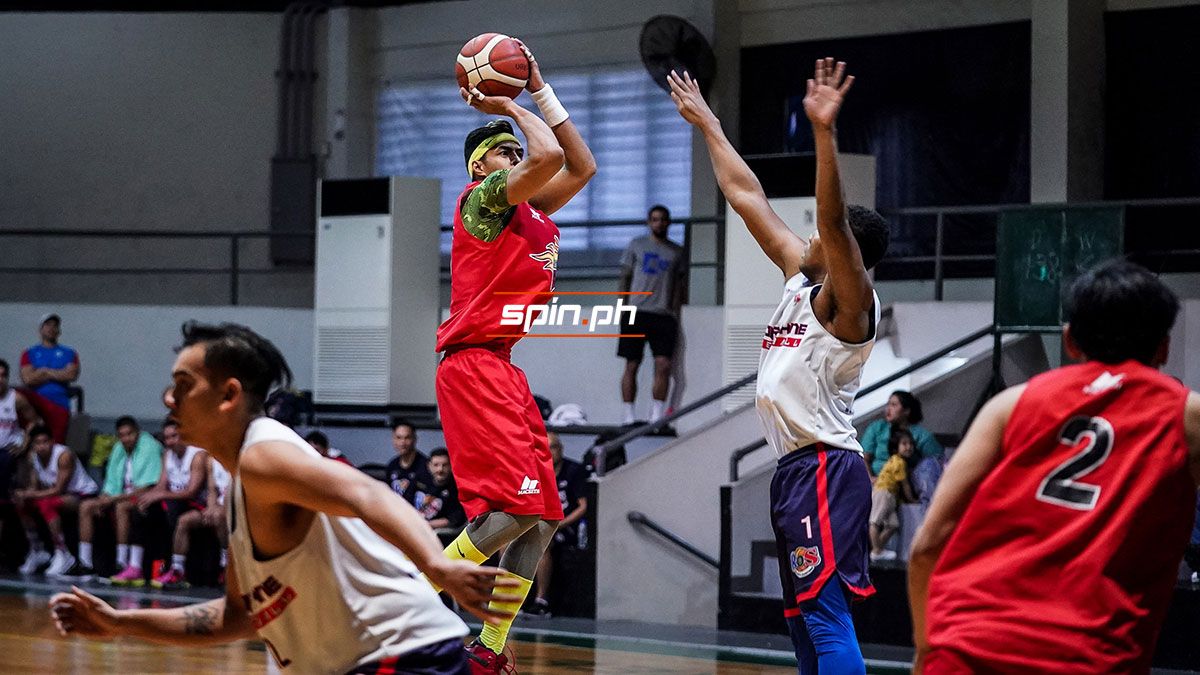 The number of points Santos scored in his first game with San Miguel which it lost to Barangay Ginebra, 98-86, on October 14, 2009

The number of points Santos scored in his final game with San Miguel in a Game 7 loss to TNT, 97-79, in the 2021 PBA Philippine Cup semifinals.