NOY Baclao answered the call of Norman Black for "other guys" to step up as shorthanded Meralco fought for dear life in the PBA Philippine Cup semifinals.

The back-up but ever-reliable big man played his best game so far in this year’s playoffs, helping the Bolts turn back the Magnolia Hotshots, 91-86, to score a breakthrough win in their best-of-seven series Friday at the Don Honorio Ventura State University gym.

Baclao finished with 10 points on a near perfect 5-of-6 attempts from the field, while adding two rebounds and two assists in close to 27 minutes of playing.

The numbers were good enough to help tide a Meralco side that missed the services of Raymond Almazan, Aaron Black, Jamer Jamito, and Trevis Jackson. 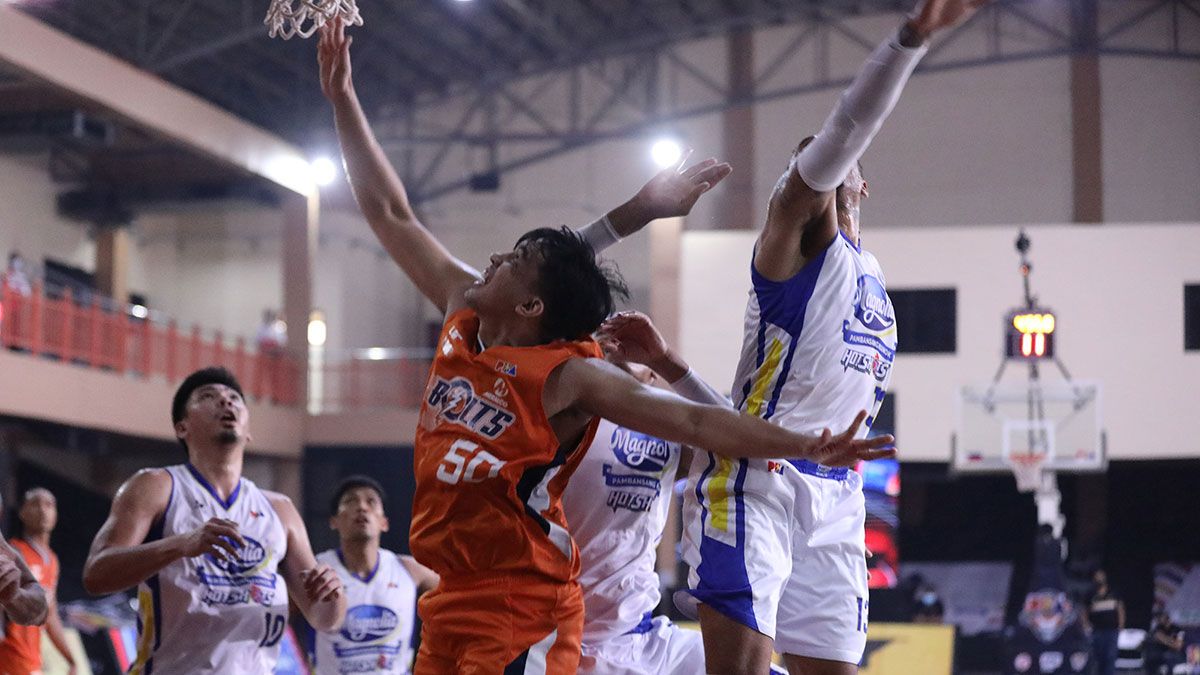 Black said the Bolts plucked out the 34-year-old Baclao from the free agent list last year specifically for cases like this one.

“We picked up Noy for situations like this where we will need him in the playoffs to guard bigger guys. I thought he stepped in and did a good job defensively, and he also made some shots for us in the first half. And in the second half, he really helped us a lot,” said the Meralco mentor.

Baclao, who played for Black at Ateneo in college, was signed up by Meralco last year, but didn’t join the team in the Clark bubble as the Bolts let him continue with his recovery from surgery for his ruptured right patellar tendon.

And now that the Bolts are undermanned in the playoffs, Baclao just took the chance to repay the trust Black and the franchise had given him.

“Noy was big for us tonight defensively,” said Black. “That’s the reason why we brought him to the team.

“We knew when we got him he must gonna be ready for the start of the conference. We’re hoping that he will be ready come playoff time. And at least for tonight, it paid off for us.”