The controversial big man is considered 'Missing In Action" after failing to show up for any of the practices of Blackwater with only about a week to go before the start of the PBA's 44th season.

Al-Hussaini, a former UAAP MVP from Ateneo, had sent a communique to the team at the start of its training camp before the holiday season, citing 'domestic problem' for not showing up at the Elite's training facility at the Reyes Gym in Mandaluyong.

But he remains to be a no-show for the ballclub until Thursday as team insiders got wind of unconfirmed reports that he wants his contract bought out. 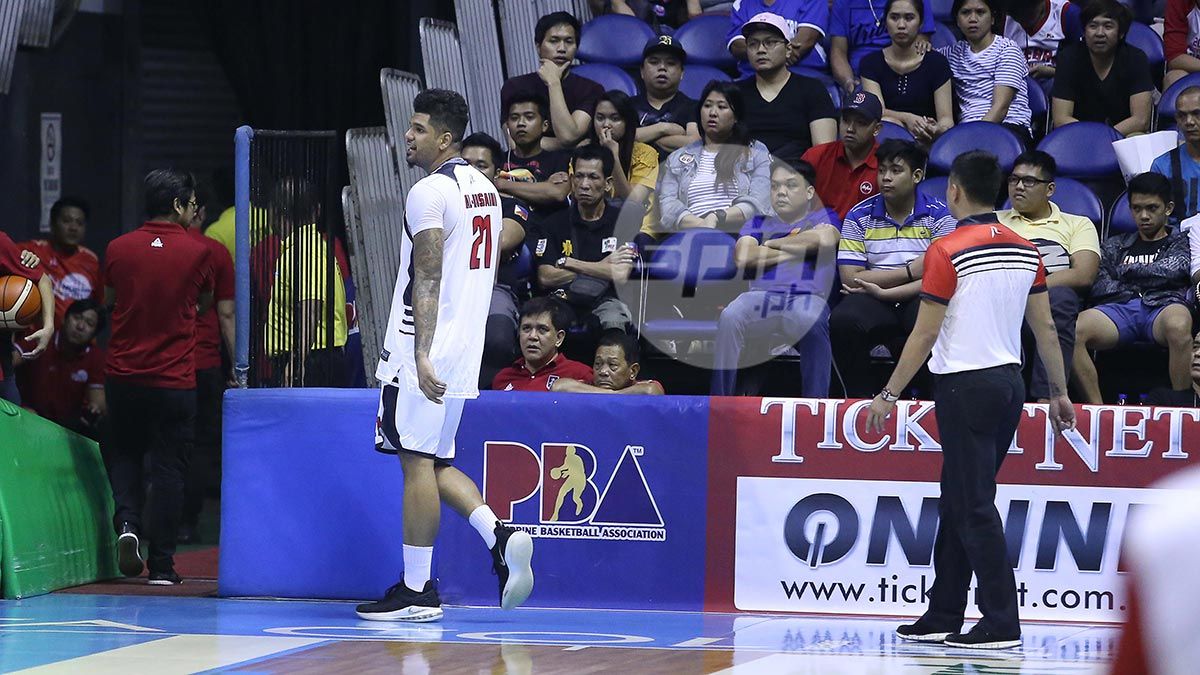 Blackwater, which acquired the 6-7 center from NLEX last May in exchange for Dave Marcelo, has kept mum about the issue, but SPIN.ph learned from sources the Elite have already withheld his salary the last 15 days.

The team is likewise contemplating on suspending him for the coming Philippine Cup, a source added.

This is not the first time the 30-year-old has gone on an extended leave without his team's permission. He also went 'missing' for a far longer time during his stint at Meralco before resurfacing in 2015.

Abueva and Almazan went through the same ordeal last season after going missing for a considerable period with Alaska and Rain or Shine respectively, without the blessing of management.

There were also reports that Romeo went 'AWOL' at TNT KaTropa before the trade that sent him to San Miguel in exchange for Brian Heruela, David Semerad, and a future first-round draft pick. Romeo disputed the accusation.

The Aces suspended Abueva indefinitely, and later trade him to Phoenix for a 2019 first-round pick and guard Karl Dehesa.

Almazan was also suspended by Rain or Shine, but following a talk with management, remained with the franchise going into the new season.