ANGELES CITY - NorthPort finally broke through the win column of the PBA bubble, turning back Terrafirma, 107-96, on Saturday at the Angeles University Foundation gym.

The Batang Pier got a game-high 23 points from Christian Standhardinger and 18 from Kelly Nabong to make up for the absence of injured big man Sean Anthony.

The team climbed to 1-4 in the standings while dealing a Dyip side without coach Johnedel Cardel a fourth straight loss.

Cardel is out with a stomach flu as lead deputy Art Dela Cruz called the shots for Terrafirma.

"This will be a turning point for the team," NorthPort coach Pido Jarencio said afterwards. 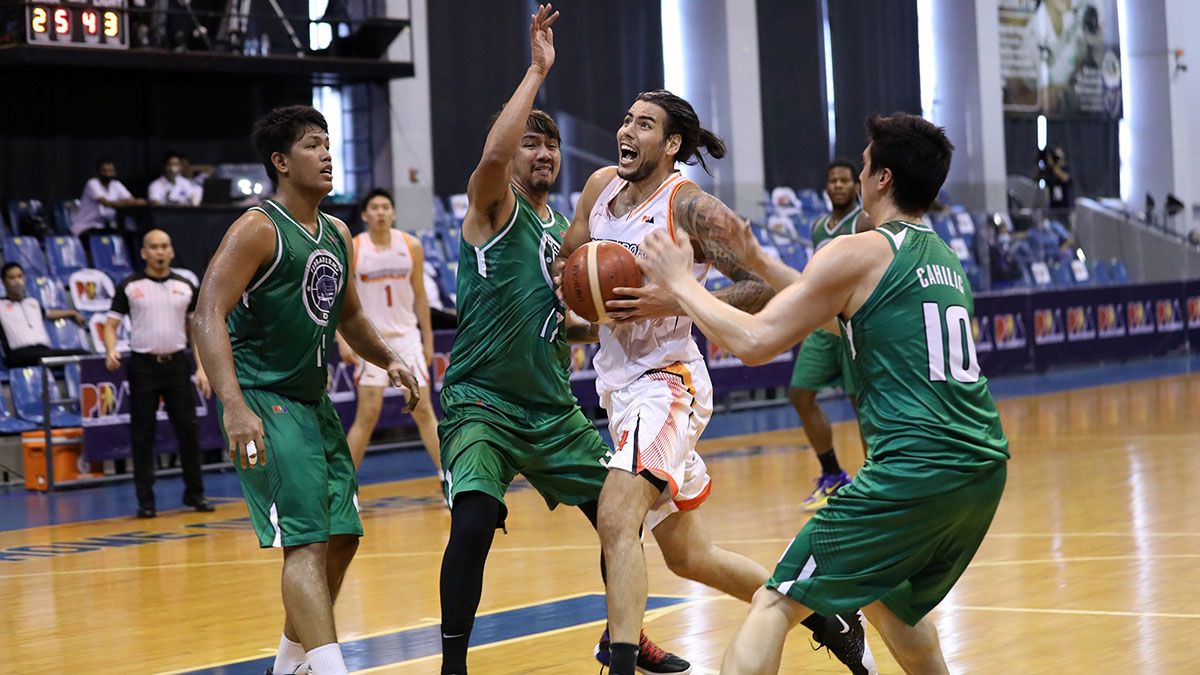 Christian Standhardinger bounces back from his struggles and gets enough support from Kelly Nabong and co.

Standhardinger added 12 rebounds and five assists, Nabong had eight boards and was 4-fo-6 from three-point range, while Garvo Lanete with 14 markers for the Batang Pier.

NorthPort also got significant contributions from rookie Renzo Subido, who scored all of his 12 points in the fourth quarter, including 3-of-7 from downtown.

The game was actually close entering the final five minute mark with the Batang Pier holding on to a slim 89-86 lead when Subido came in for Nico Elorde.

Subido had all of his points during that stretch, capped by back-to-back three-pointers, while Nabong also joined the frey by hitting the last of his four treys for the game.

Terrafirma got 25 points, six rebounds, and five assists from CJ Perez while rookie Roosevelt Adams showed a glimpse of his potential with 19 points - on 5-of-9 shooting from three-point range- and eight rebounds in yet another losing cause for the Dyip,